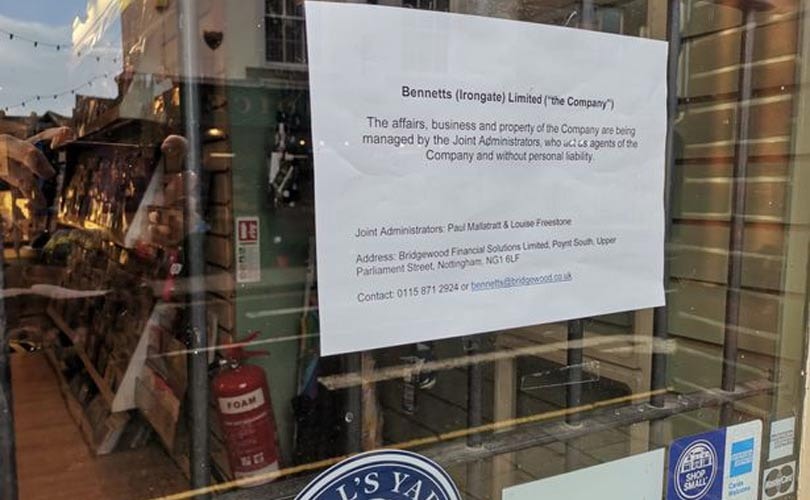 The Derbyshire-based company has appointed Bridgewood Financial Solutions after being hit by weakening consumer confidence, online competition and growing costs.

According to the Retail Gazette, the administrators said the historic department store’s loyal customer base had not been enough to keep it going during a “very challenging” period on the UK high street.

Bennetts currently operates two stores, both of which will continue trading whilst a sale is considered.

The selling of the historic department store marks the second announcement of an iconic UK retailer being put up for sale this week, after Liberty's investors announced it could fetch up to 350 million pounds in a potential sale.