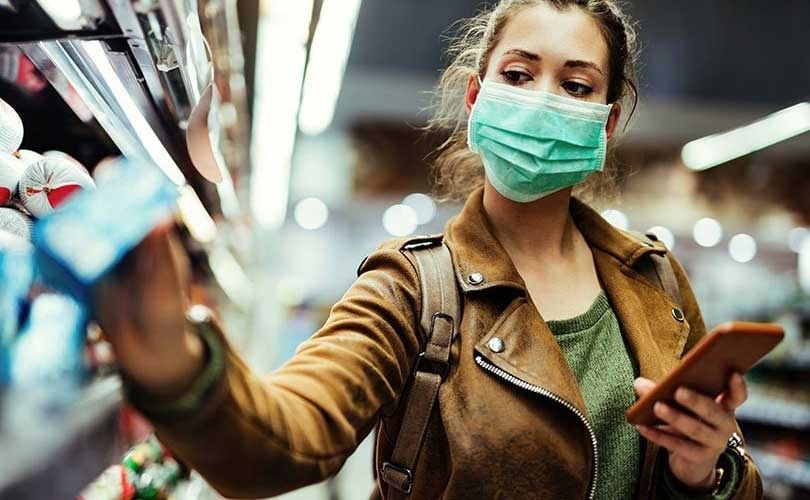 The UK government on Sunday laid out plans for a cautious re-opening for retailers, signalling the first steps for businesses to get back to work.

Both the high street and luxury economies have ebbed to an all-time low, and while Sunday’s plans were “conditional” they shine a light for the end of the lockdown and times of loss-making.

The retail sector has been one of the hardest hit industries during the pandemic, which has seen over 70 percent of UK businesses furlough staff members according to the British Chamber of Commerce. Thirty percent of companies have sent home between 75 percent and 100 percent of their workforce.

Social distancing is here to stay

Of course as lockdowns are relaxed, social distancing will continue to constrain the fashion industry. Key events like fashion week are being canceled and re-organised into new formats. Many retailers will face sustained depressions of demand as tourist numbers are not likely to pick up to pre pandemic levels by Q3 and larger businesses will have to shoulder the financial burden of implementing new safety protocols.

The proposed plans to re-open the economy will give retailers the time to roll out best practice into their stores in the coming fortnight and forge a retail strategy for which stores to reopen first that are likely to yield the best returns.

Scottish retailers, however, may be on a different trajectory, with the Scottish government opposed to changing the stay at home advice so soon. According to Walpole, the British luxury trade sector body, Scottish cashmere and textile businesses may ask themselves if this may affect their ability to compete with Italy, where production has already re-started.

UK Prime Minister Boris Johnson said in a televised address: “It is now almost two months since the people of this country began to put up with restrictions on their freedom – your freedom – of a kind that we have never seen before in peace or war.”

“It is a fact that by adopting those measures we prevented this country from being engulfed by what could have been a catastrophe in which the reasonable worst case scenario was half a million fatalities.”

“We now need to stress that anyone who can’t work from home, for instance those in construction or manufacturing, should be actively encouraged to go to work. “And we want it to be safe for you to get to work. So you should avoid public transport if at all possible – because we must and will maintain social distancing, and capacity will therefore be limited.”