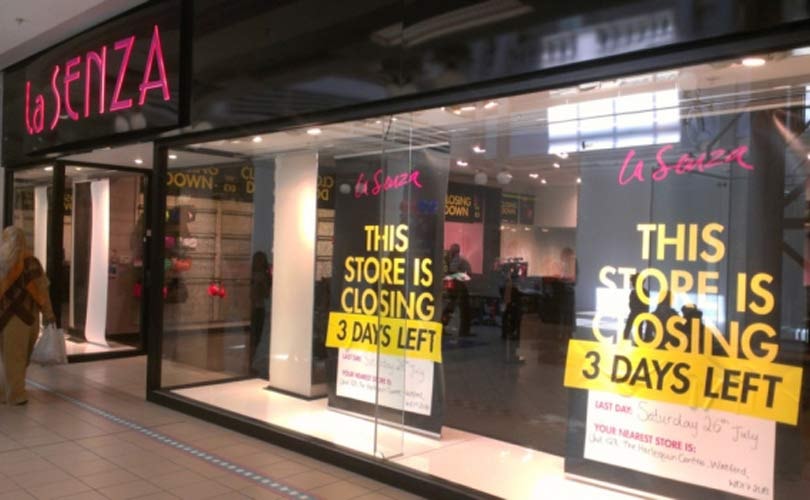 Although retail administrations led to the closure of 735 stores and close to 5,000 job losses in 2014, the UK high street is said to be showing signs of recovery and is "re-emerging" after four years of struggles according to a new report.

Last year saw 13 major high street retailers entering into administration, including La Senza, Jane Norman, and Internacionale, which led to over 700 stores closing around the country. According to restructuring firm FRP Advisory, only 42 percent of the 1,270 stores that entered administration in 2014 were rescued, up from the 35 percent of stores saved in 2013, but down from the 66 percent of stores rescued in 2011. 50 percent of store jobs were saved as competitive rival retailers took over closing stores, with the remaining 4,900 roles being made redundant. This percentage of "store survival" was a 2 percent increase from 2013, but down from the 66 percentage reported in 2011.

Nevertheless, high street retailers are showing signs of improvement, with only three larger retailers entering into administration during the first quarter of the year compared with six during the same period in 2014. From the 125 stores to be affected by the administrations of USC, Bank and Sphere & Turret since the start of the year, nearly 70 percent of them have survived. Glyn Mummery, partner at FRP Advisory believes the figures show the UK high street had "finally turned a corner."

"But it is still a place where only the fittest will survive and inevitably at some point in the near to medium term the benefit of a low interest rate environment will end, which for several years had allowed a few retail zombies to refinance for a last lifeline," he warns. The FRP report comes not long after the British Retail Consortium warned that 80,000 stores may close by 2017 as high street leases begin to come up for renewal. The BRC requested the Government overhaul the business rates system to help prevent store closures across the country.

"We anticipate that for the 18 months ahead as the economy continues to hold firm with consumer confidence spreading further onwards from London and the south east, there will be fewer retail failures overall but still those chains which come under cash flow pressure after years of under investment to manage through the downturn but leaving them vulnerable to sudden pick-ups in demand and strain on working capital," concluded Mummery.