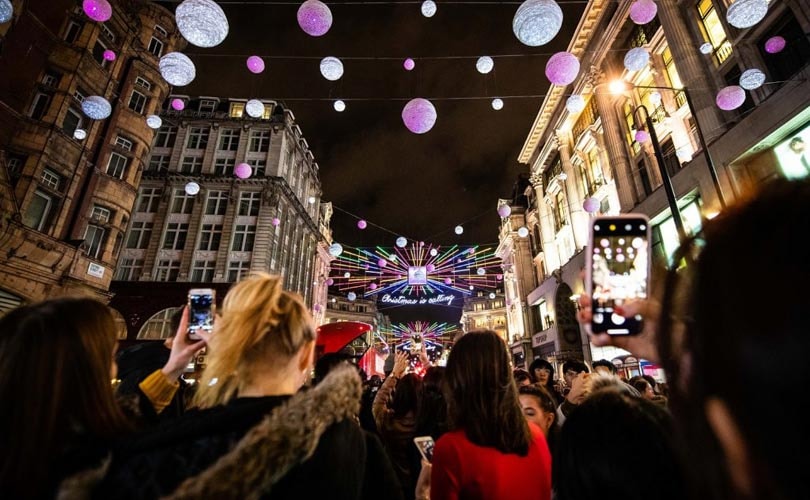 High street gears up for discount season amid drop in footfall

'Tis the season to be jolly, especially when your favourite brands are likely to be on sale from right about now. Across the retail spectrum - from department stores to e-commerce pureplayers to online giants Amazon and Alibaba - the discount season has officially begun.

The end of year discounting starts rather inconspicuously, with stores pushing their slow sellers, offering discounts on stock which hasn't sold throughout the season. Department stores like Selfridges and its sister store in The Netherlands, de Bijenkorf, are adept at this. Getting rid of slow selling stock with a little discount is better than at the end of the season when they are bound to be sold for half price.

Footfall has dropped for the 11th consecutive month

In the UK retailers have been struggling with a fall in visitors and October marked the eleventh month of consecutive footfall decline according to the British Retail Consortium and Springboard data. No wonder stores are forced to discount early.

Footfall fell by two per cent year-on-year in October, an identical drop to that recorded in October 2017 and a deeper decline than September 2018, when footfall was down by 1.7 per cent.

High Street footfall fell by 2.3 per cent, now three months of consecutive weakening for this shopping location. With the exception of Northern Ireland and Greater London, which saw growth of four per cent and 0.2 per cent, respectively.

Shopping centre footfall decline deepened to 3.3 per cent from 2.5 per cent in September - now 19 months of consecutive decline - a similar rate seen in October 2017, when it fell by three per cent.

The national town centre vacancy rate was 9.6 per cent in October, an increase on a year ago when the rate was 9.3 per cent. Most regions saw a deterioration in their town vacancy rate compared to the previous quarter.

BRC chief executive Helen Dickinson said that the declining footfall trend is primarily driven by the move from in-store to online purchases.

“With retail becoming more digital, physical shopping locations are working to reinvent themselves as places people go for days-out rather than just for day to day purchases,” she stated.

Diane Wehrle, Springboard marketing and insights director, commented that the UK vacancy rate rise is further evidence that the offer in bricks and mortar destinations is shifting to better accommodate continued consumer demand for experience-led visits.

“The catalyst was the growth in demand for hospitality and, while this is continuing despite the fact that the growth in eating out visits has slowed since the heady days of 2015, it has opened up opportunities for the introduction of more diverse experience and leisure led propositions in destinations that ultimately may well broaden the definition of retail.”