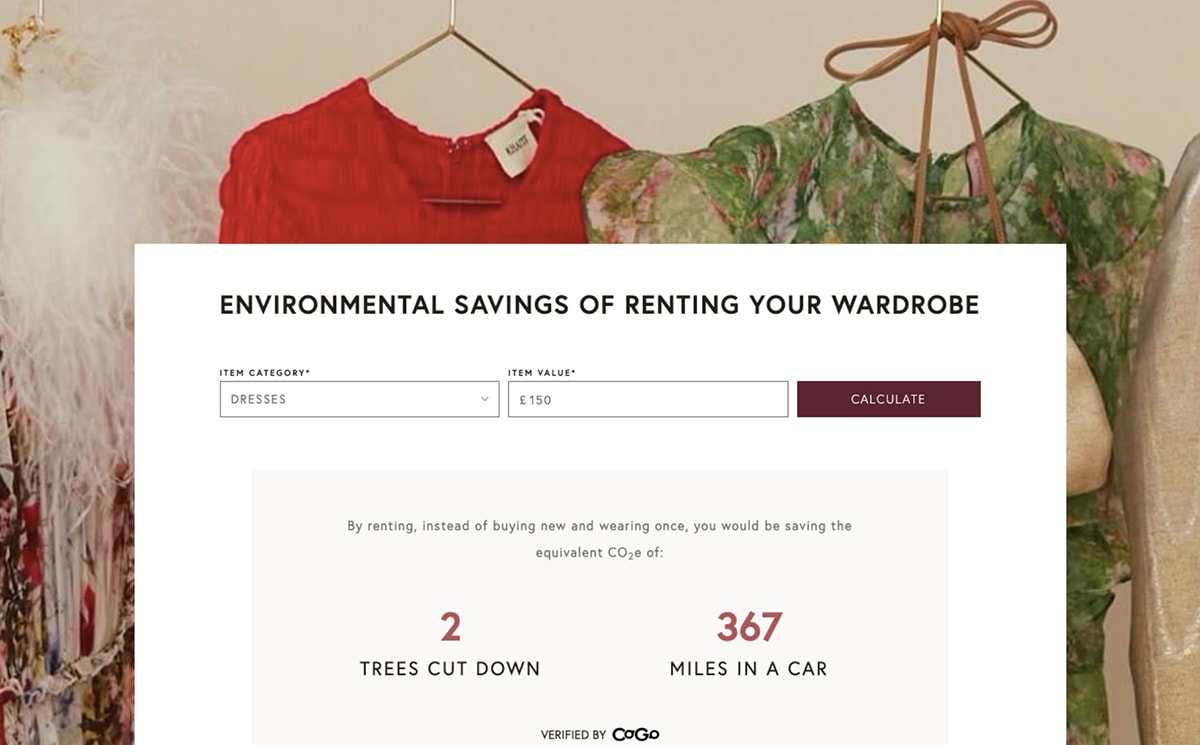 Hurr Collective, has partnered with sustainable living app, CoGo, to launch its real time carbon footprint tracker into its business.

Billions of pounds of clothing from the fashion industry go to the landfill each year, and as the garments decompose, greenhouse gases are emitted which harm the planet. One pound spent at a UK retailer is the equivalent of 1kg of carbon dioxide.

CoGo requires three pieces of data to calculate carbon footprint: the company or companies, emission factors and transactions. For Hurr, the CoGo algorithms and analysis across the fashion rental platform assume a displacement rate of a rented piece of clothing instead of buying a new outfit.

For instance, each time a 150 pound dress is rented, Hurr’s footprint tracker will calculate the carbon emissions saved. In this case, a saving of 147kg would be made which is the equivalent of 367 car miles and 2 trees being cut down.

Co-founder of Hurr Collective, Victoria Prew, said in a statement: “Showing our customers their positive climate impact harmoniously bolsters the founding principles of peer-to-peer fashion renting while promoting circular consumption models in the fashion industry and beyond.”

Emma Kisby, managing director at CoGo, added: “CoGo's mission is to prioritise the environment in our daily lives by enabling an understanding of climate impact. Our rental feature, along with CoGo’s existing fashion impact measurement tools, will work to realise the inextricable link between fashion spend and carbon footprint for the everyday person.”

Selfridges partnered up with Hurr Collective to launch its first designer rental collection in August for six months.