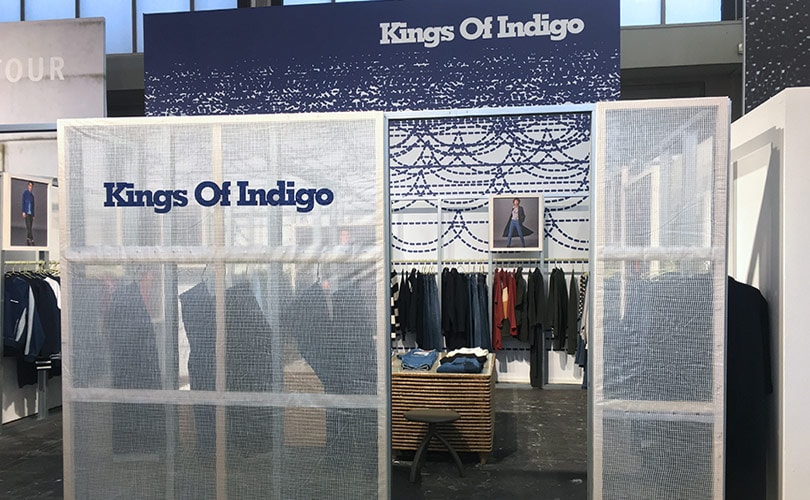 Amsterdam - Sustainable denim brand Kings of Indigo took the next step in opening its own mono brand store this week by unveiling its first retail concept at the 42nd edition of the Dutch fashion trade fair Modefabriek.

It was the first time the brand had a full scale stand at the trade fair, which drew a lot of attention from the visitors. “This is the first time we are testing out the retail concept in person and for the first time we are really thinking about what we are showing, and how we are presenting it,” explained Tony Tonnaer, founder and Creative Director of Kings of Indigo to FashionUnited. Inside the stand, the concept had a raw, industrial and reclaimed vintage feel, created by exposed brushed metal and recycled wood which aligns with the brand’s core values. 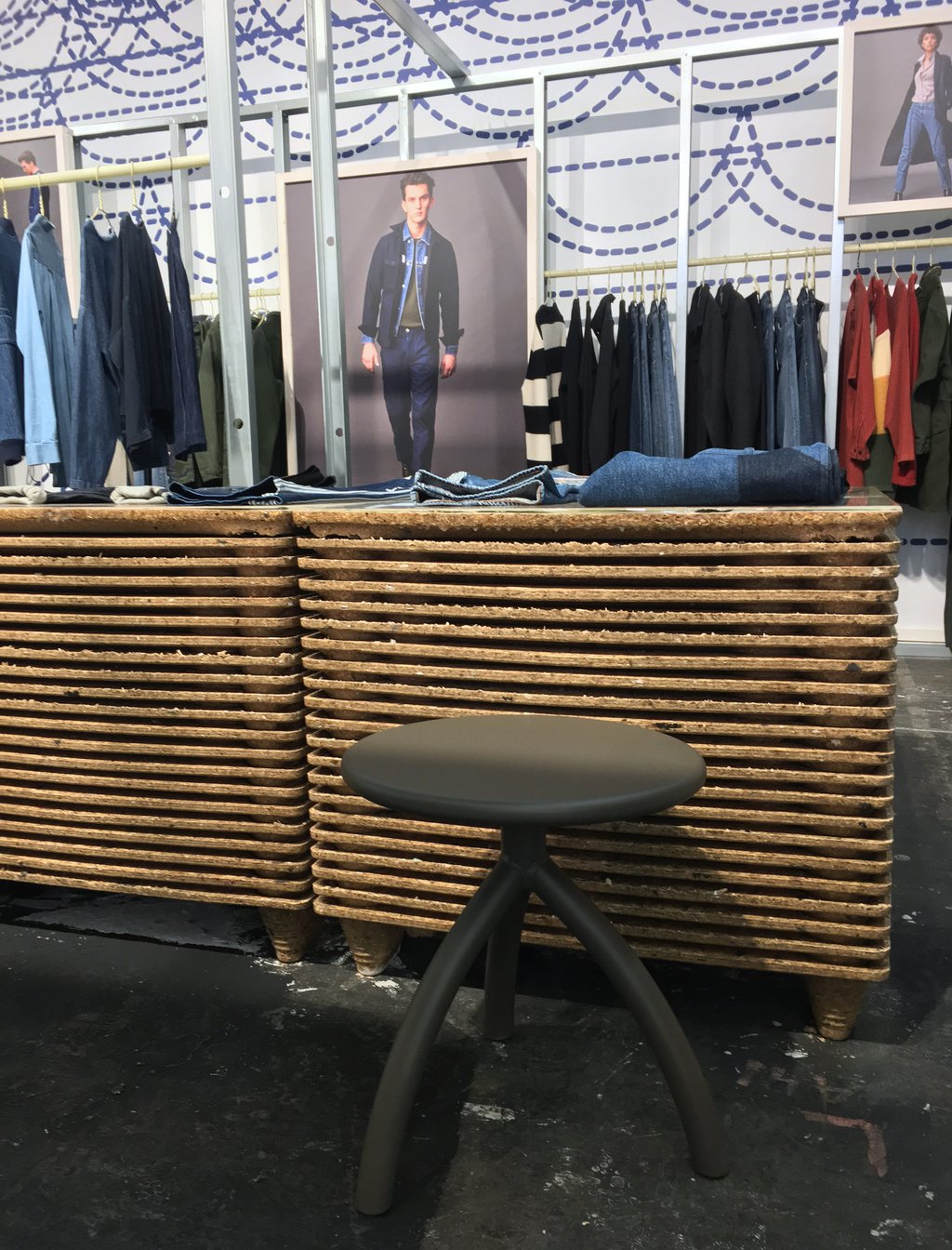 “I would say that we are a more modern day jeans brand - we are not that authentic, we have more of a contemporary feel compared to traditional denim retailers, who lean more towards the black coated steel hangers, wooden floors and vintage display case look.” Rather than tapping into that same aesthetic, Tonnaer created a concept, together with a design studio in Amsterdam, which aimed to convey the brand’s identity to consumers. “We tried to ensure it reflects our brand identity to the consumers, as well as our key values.” 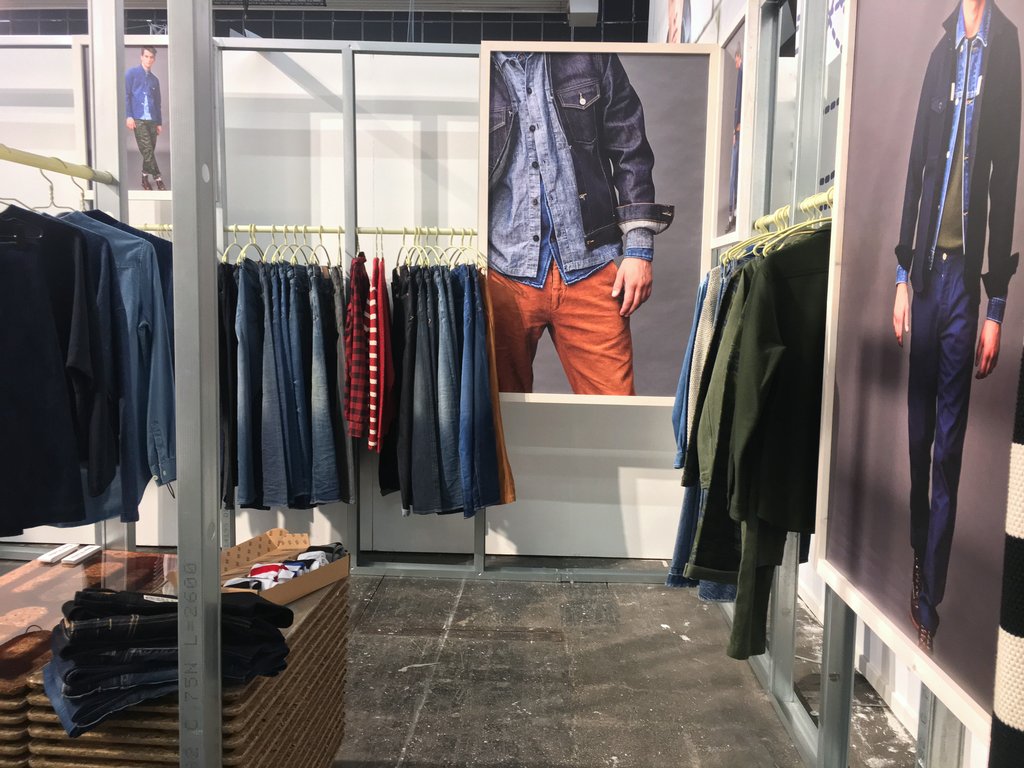 However One of the main aspects of the retail concept sees all the materials used were as ‘green’ as possible. “Much like our products, I wanted to make sure that we use the best quality materials, which were also produced sustainably or recycled, and easily reusable and eventually recyclable.” For example, the pallets used to display the products are recycled pallets made from leftover wood chips, which were then layered with a biological was and covered it all with a transparent coating to give it a glossy finish. 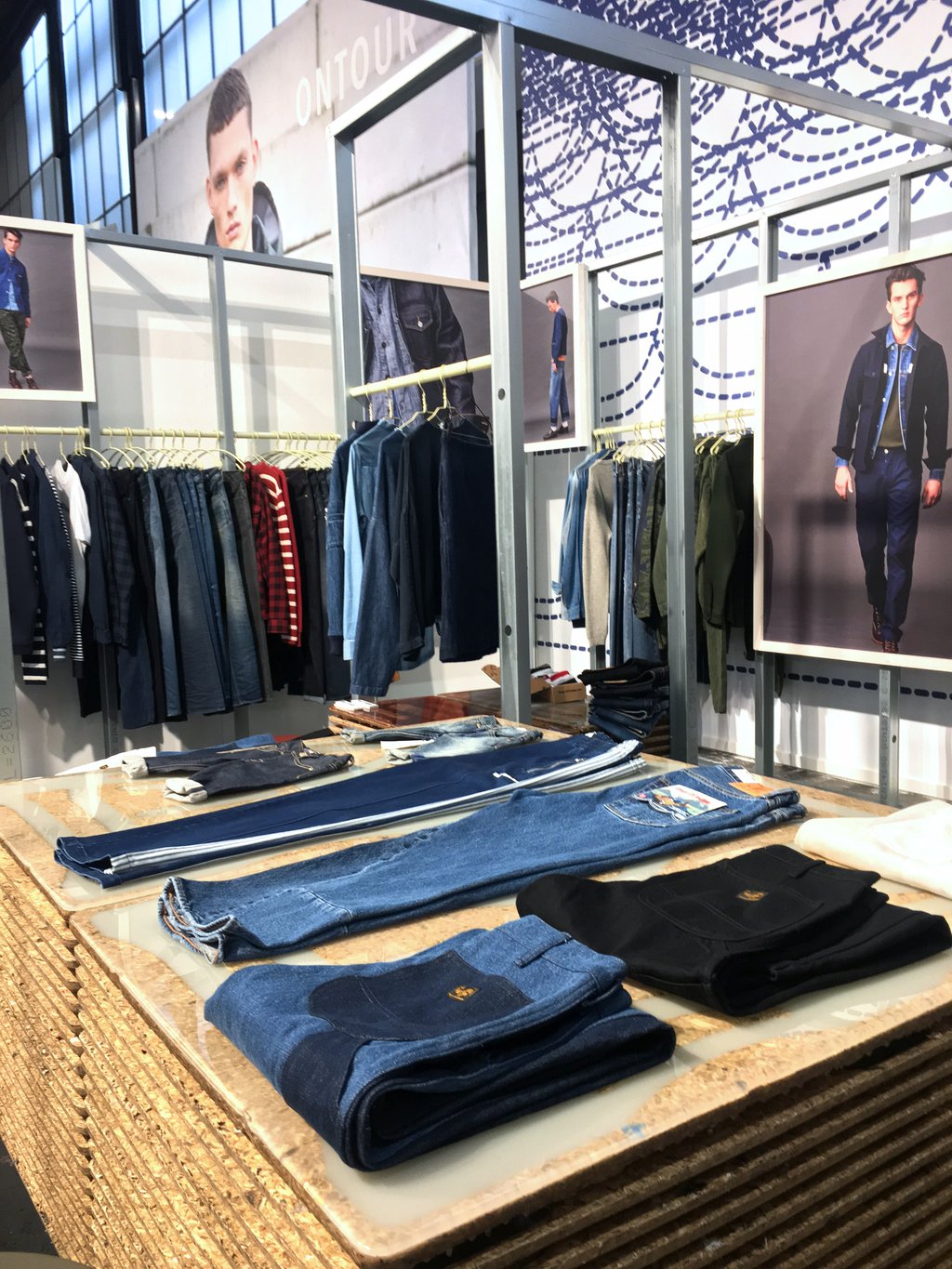 “Much like our clothing, most of it it is made from recycled materials, but sugarcoated into something new. It is modern, well designed, but not ‘granola’ - like our collections.” The new concept also reflects the blend of American and Japanese design aesthetics which are found in Kings of Indigo garments, such as the hanging campaign photos, or the raw wood pallets and the reclaimed stools. “We have received a lot of positive commentary which is nice, because this is first time we have presented a retail concept to the public that we developed ourselves.” 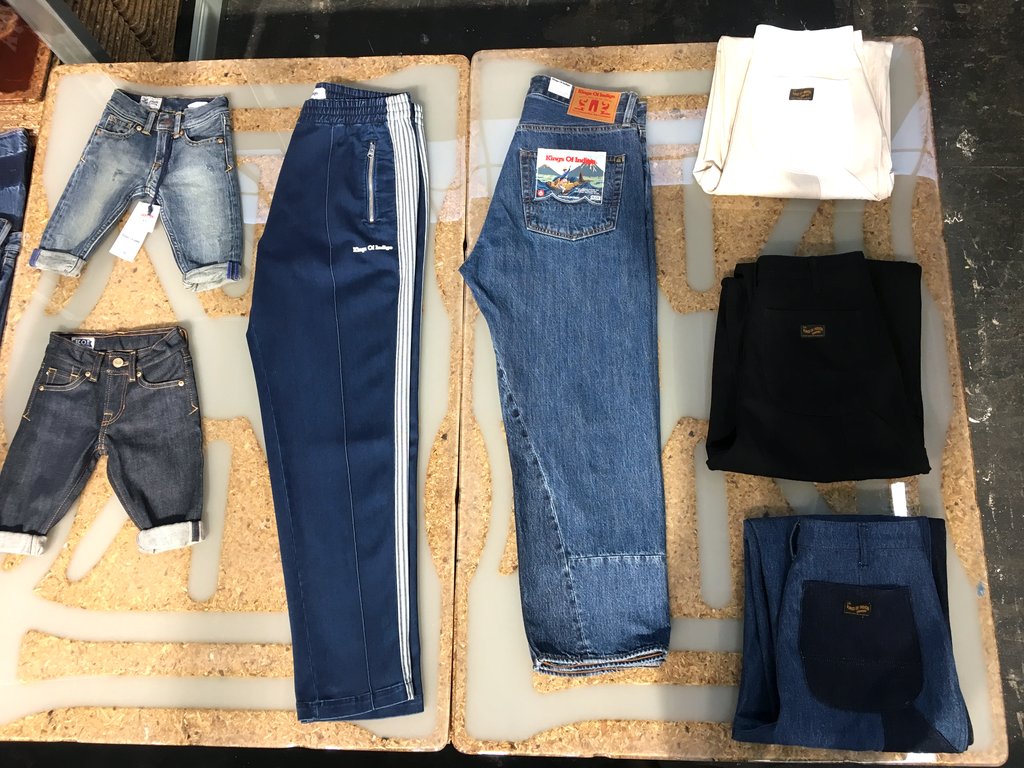 So when can we expect to see the retail concept in store, in person? Little by little Tonnaer and his team are working on creating a modular retail system which can be implemented into Kings of Indigo’s own debut retail store, which is set to open its doors later this year, as well as in its shop-in-shops in department stores such as Selfridges. “We hope to use the concept to host events in store, such as Amsterdam Denim days, pop-up stores, as well as stand exhibits like this.” Tonnaer hopes to have found the ideal location for the denim brand’s first store by September this year, ideally somewhere in Amsterdam, but is not ruling out locations in neighbouring cities, like Haarlem. 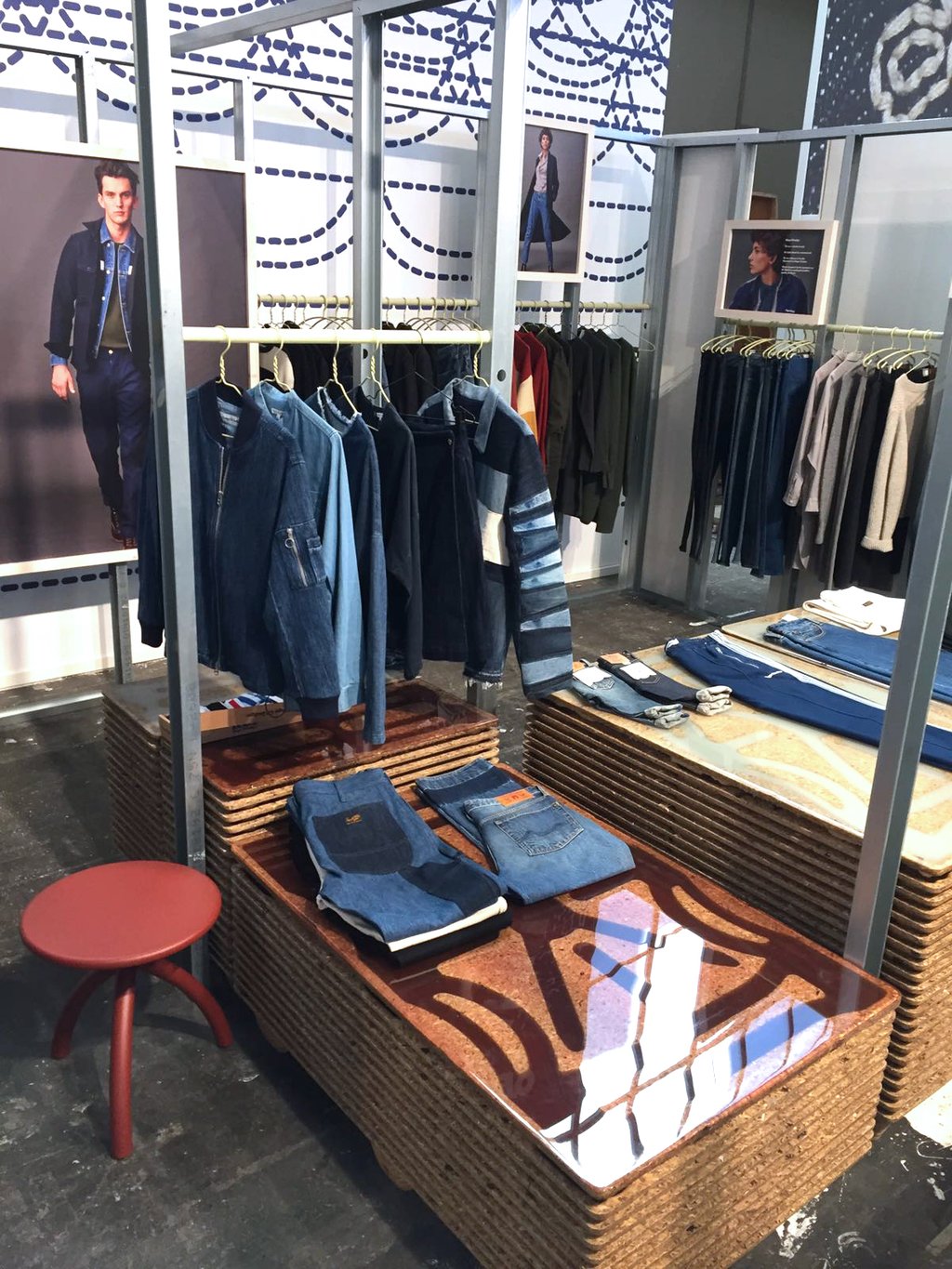 Kings of Indigo hopes to open its first store by September or October this year. “It depends where we find a suitable location first, but Amsterdam would be the best because than I can easily pass by the store and even work a few days in store and speak to the store workers on a regular basis.”