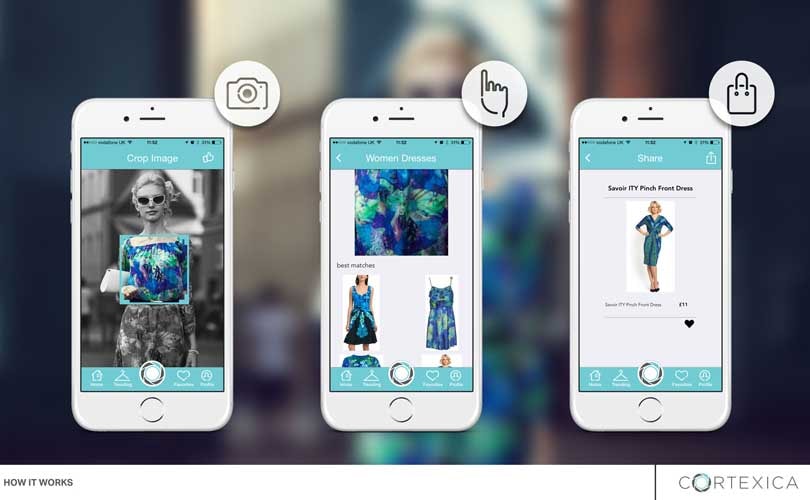 British department store John Lewis has launched a ‘Shazam’ for clothing. The ‘Find Similar’ tool for its iPad app uses an image-recognition technology to provide customers with clothing suggestions from the John Lewis offering that are likely to suit their taste. “The technology can also be used on other mobile devices, but John Lewis perceived the iPad to be the most suitable device” said a spokeswoman for Cortexica: the company which developed the technology.

The findSimilar technology that the British company developed is implemented in the free John Lewis app. The Find Similar tool lets customers take a picture of a garment, after which the app provides them with an overview of identical and similar items from the John Lewis assortment. The technology bases its suggestions on shapes as well as colours and patterns of the clothing.

”We are delighted that John Lewis has selected Cortexica’s findSimilar technology to power one the first ever example of visual search functionality provided by a UK high street retailer,” said Cortexica Global Sales and Client Services Director Alistair Harvey. “The incorporation of Cortexica’s visual search and image recognition capabilities into the John Lewis iPad app marks a significant step by the retail sector in the adoption of innovative technologies and tools to enhance the customer experience.” Harvey also added that he foresees a future in which the technology will be increasingly used by retailers.

In addition to offering the findSimilar technology, Cortexica has developed other software which can be used by retailers. An example is the ‘Visual Search Platform’ which allows retailers to easily create online looks. Several retailers who have made use of Cortexica’s services, include Zalando, Net-A-Porter and Macy’s.