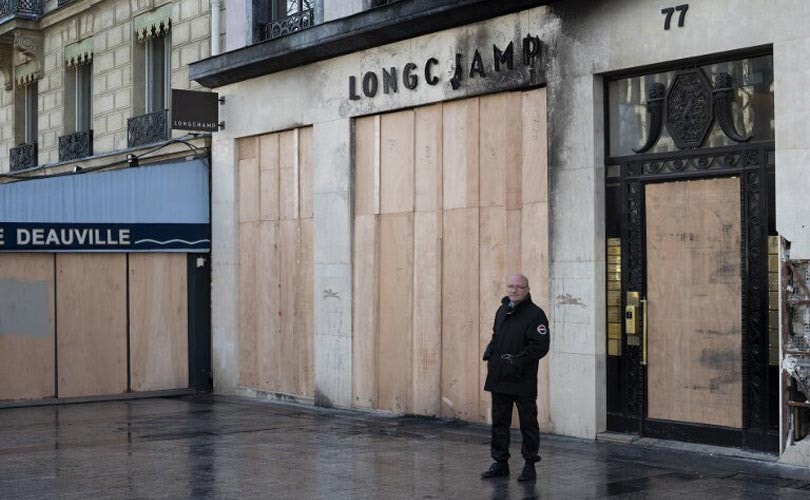 Saturdays are synonymous with demonstrations in Paris, and the Yellow Vests protests along the Champs Elysees have become regular occurrences over the past four months.

But this weekend rioters took it up a notch beyond peaceful conglomerating, vandalising luxury stores which saw over 10,000 people participate.

The online protests began over fuel tax rises but have since developed into a broader revolt against perceived elitism. France’s Interior Minister Christophe Castaner said that more than 1,400 police officers had been mobilised and stated e had given police an order to respond to the "unacceptable attacks with the greatest firmness". Writing on Twitter, he said: "Let there be no doubt: they are looking for violence and are there to sow chaos in Paris.”

About 80 shops on the French capital’s iconic avenue were damaged, with several cases of arson and looting, Agence France-Presse reported, citing Jean-Noel Reinhardt, president of the committee of the Champs Elysees.

In December Paris saw some of its most violent protests, often forcing retailers to shut down during the key run-up Christmas trading period. LVMH closed all its boutiques on Saturdays in the peak season, as did other luxury retailers including Kering and leading department stores. Bruno Le Maire, the finance minister, told the New York Times in December the riots were a catastrophe for the French economy, costing affected retailers between 20 and 40 percent losses in sales.