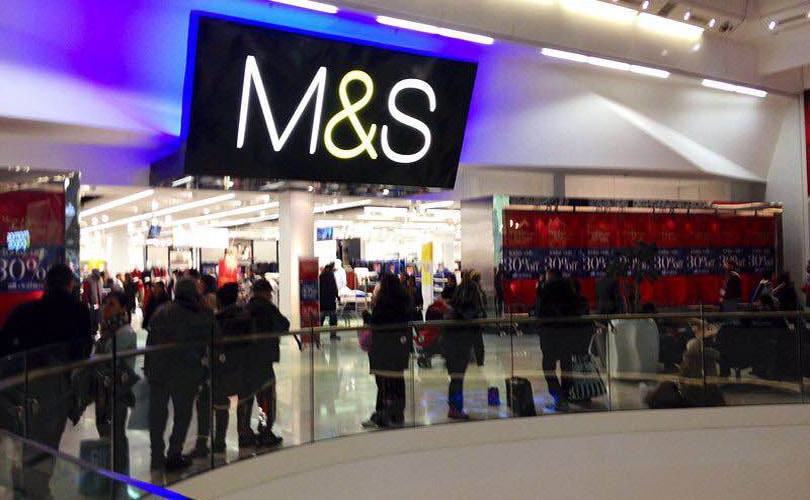 Marks & Spencer may be Britain's best-loved department store, but it's performance has been consistently sliding, especially its fashion and womenswear departments which robustly fail to meet both investor and customer expectations.

Sales are expected to remain weak through the rest of 2016 year and may not recover until 2020 at the earliest, according to worrying new forecasts. Figures which have been collected from a host of banks and stockbrokers, say profits could fall 12 per cent to just over 600 million pounds in the financial year to March 2017, according to the Mail on Sunday.

Analysts expect them to stay at that level for at least another two years despite M&S paying former chief executive Marc Bolland more than 17 million pounds during his six-year tenure to turn the performance round.

Last month it was revealed M&S suffered its biggest drop in sales of clothing in a decade. The company saw sales of fashion and homeward fall 8.9 percent as the retailer changed tactics to no longer rely on heavy discounting.

At the time M&S chief executive Steve Rowe stated M&S's clothing prices had been too high and sales targets too led by promotions. In 2015 more than 40 percent of M&S's clothing offer was sold discounted. "I've been clear we must break this cycle because it is damaging our business," Rowe told the Telegraph.

Back in May Rowe outlined a strategy to focus on fashion, stating the retailer would cut prices and be less inclined to follow catwalk trends by re-focusing on its core customer. Rowe received a backlash of comments when he dubbed M&S' core fashion customer as 'Mrs M&S.' To the public, Mrs M&S resonates as a cardigan-wearing old-fashioned lady, and many took to social media to question Rowe's understanding of marketing clothes without alienating any of M&'s customers, even if she happens too be of an age.