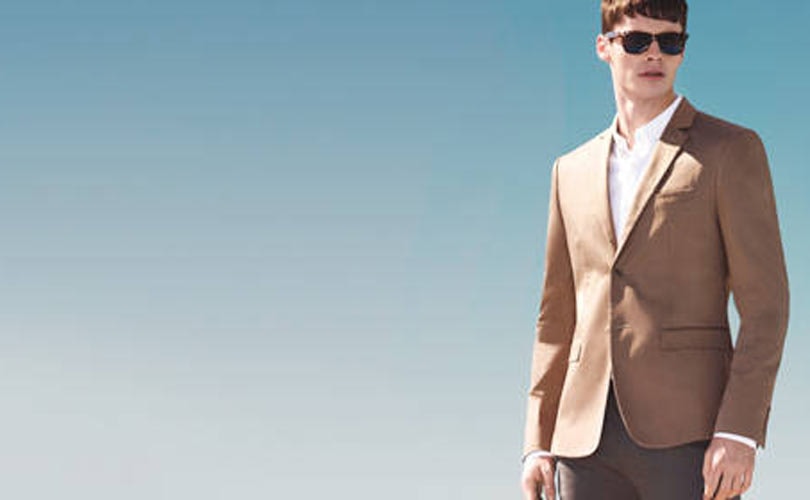 High street fashion chain New Look is not satisfied with being one of the largest women's wear retailers and aims to take a larger slice of the men's wear pie/market as well. Following the appointment of Christopher Englinder as global director of men's wear from rival fashion chain H&M, New Look is planning big push into men's wear this year.

The retailer hopes to boost its sales by 25 percent with launch of a new concept, which includes introducing separate entrances for the different segments in a number of stores. Men's wear currently accounts for 3.8 percent of New Look's total sales. The announcement comes as the fashion retailer reported a 3.4 percent increase in total revenue up to 1.41 billion pounds on Tuesday, driven by its successful rapid expansion into China which is moving faster than the retailer anticipated.

"I'm very bullish about the future," commented chief executive Anders Kristiansen. "If you look at China, we had 19 stores by the end of March. By the end of May we had 30 stores and we've got another 40 in the pipeline. The move into menswear is also important for us and the fact we've taken on Christopher as director of men's wear shows how serious we are."

New Look is set to introduce new interiors to it's men's wear segments in 50 stores over the next three months and plans on adding special entrances for men's wear to stores which currently have two entrances. The retailer's flagship store on Oxford Street was the first in line to be remodelled with the new concept and as a result the store has witnessed a 57 percent increase in men's wear sales. The fashion retailer will eventually roll out these changes to other stores to ensure more customers view the brand as dual gender.

Last month saw New Look being acquired by private equity firm Brait for 1.9 billion pounds, in a deal that is expected to be completed by the end of June and its new owners were rewarded with a 5 percent increase in like for like sales and a 34 percent increase in online sales.