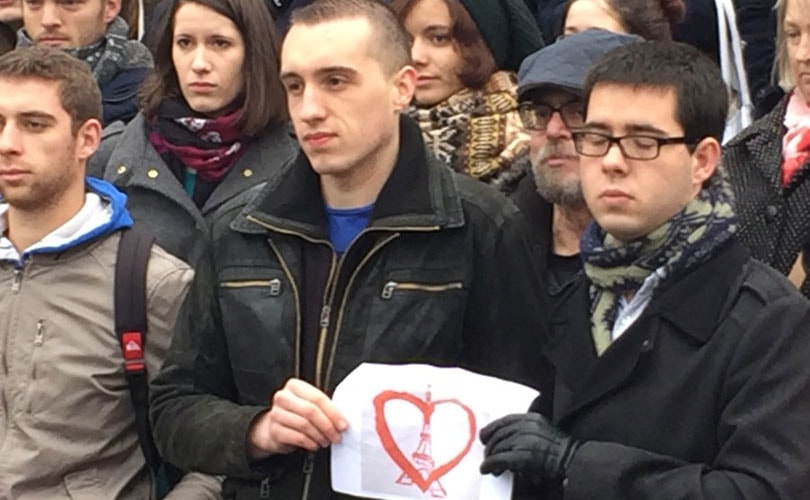 As someone who was planning a shopping trip to Paris this weekend, and canceled, you can imagine the impact on local retailers and brands, who will see their end of year sales affected after Friday's terrorist attacks.

The potential cost to Paris, not to mention the rest of France and even Europe in business terms is difficult to quantify, but retail sales will be no doubt be affected at what is the most crucial shopping time of the year.

After the attacks and further raids, stores that closed at the weekend have reopened but there is noticeably less footfall on key shopping streets and at destination stores than usual at this time of year.

Prime Minister Manuel Valls said on Tuesday that the country is unlikely to meet its EU budget deficit target as it ramps up security spending following the attacks.

The extra security and fewer customers are perhaps the most visible result of the initial attacks several days on, whether that security is armed police on the streets, bag checks at shopping centres or extra security at department stores.

This week saw Parisians making a return to cafes and restaurants, saying they will not be scaremongered into staying home. So too most Paris businesses are taking the same ‘business-as-usual’ stance without giving any details about how their trade has been affected. Shopping centre operator Klépierre, for instance, which runs one of the locations incorrectly rumoured to have been attacked (Les Halles) said it’s too early to give a trading update.

Analysts said the timing of the attacks is a particular problem for companies at all price levels as the year’s biggest shopping season gets under way.

A number of companies targeting both tourists and local shoppers had already spoken of trading conditions becoming more challenging ahead of Friday’s attacks. But the fear now is that tourists with cash to spare who would have taken advantage of the weak euro will shop elsewhere, put off either by fear of further attacks or simply the inconvenience of the long waits for extra security checks at airports.

Eurostar, which operates trains from London to Paris, has not commented on traveller numbers but anecdotal reports suggest trains have been quite empty.

Shares in luxury goods companies LVMH and Kering fell on Monday but have since recovered on expectations that ‘luxury’ tourism, particularly from China and the US, will slow only temporarily.

Friday's attacks in Paris could hurt the luxury retail sector, analysts at Cowen & Co said in a Monday note. Fears of additional attacks in Europe "may lead to lower store traffic and pressure revenue performance in the region," the bank said.

Analysts have been quick to point out that terrorist attacks do not usually have long-lasting effects. That was true of New York in 2001 and both London and Madrid later in the decade, as well as Paris itself earlier this year.