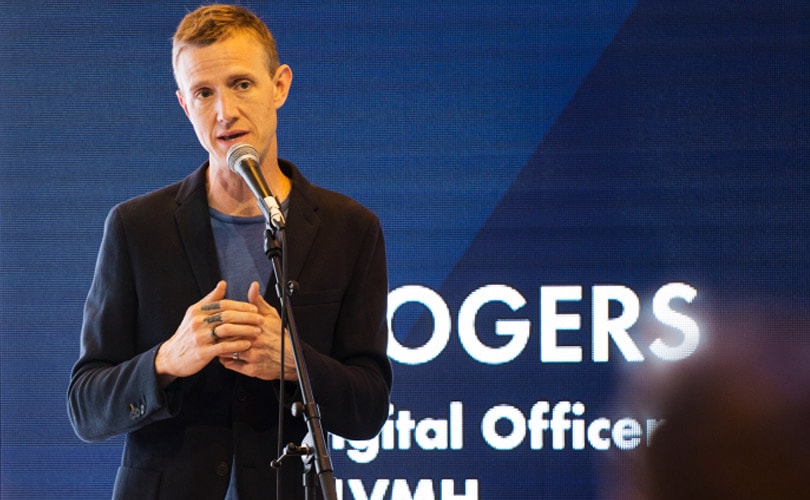 Profile: The man behind the digital transition of LVMH and 24Sevres.com

PARIS Ian Rogers, like all Silicon Valley insiders, looks like an eternal teenager. Even when he is wearing a bespoke suit, this Indiana-born native continues to resemble a computer whiz kid, a hip-hop and punk rock aficionado, who travelled long distances to Ann Arbor so he could freely use his skateboard far away from the hostile looks of the people of Gosers, the small industrial town of 20,000 inhabitants where he was born. I was surprised to learn that Ian Rogers is over 40 years old. His tattoos show the smiling face of Sly Stone, the NeXT logo (the computer company founded by Steve Jobs in 1985) and the names of his two daughters. He stands out among the group of top executives of LVHM, and his CV does as well. In 1993, long before iTunes, he founded one of the first online music sites, totally dedicated to the work of the Beastie Boys. At the time, there were very few people who had heard of the “world wide web”.

In the decades that followed Ian Rogers became the oracle of a hesitant music industry with a new model based on "pay-what-you-like". According to him it’s common sense to facilitate access to music ("the fans are ready to pay"), while the big players used evil software and stillbirths to invent sophisticated complications to curb the climb of digital and the decline in physical sales of the Compact Disk. (Do you remember cd’s?). Was he wrong or was he right? There is no denying that the music industry has suffered from this digital transition, but Ian Rogers is convinced that digital, far from killing off music, will ultimately be a creator of value for the industry. "When I was CEO of Topsin (a company that helps artists interact directly with their listeners) the Pixies, for example, used the company's software to collect fans' email addresses, identify them by postcode and organize an entire tour by playing at cities previously overlooked by the promoters. It was a gigantic innovation for the artists," he says.

A positive attitude, a vast experience, the ability to handle contradictions and to understand the friction that comes with revolution: itś understandable that companies like Yahoo, then Beats Music (founded by Dr Dre) then Apple and now LVMH wanted to get hold of this talent. Since October 2015, Ian Rogers is digital chief officer of the powerful French luxury group LVMH. Bernard Arnault, advised by his son Alexandre, took on recruiting Rogers himself. Rogers is now responsible for the digital transition of LVMH’s70 independent brands, each with a strong identity, 6 universes - from fashion to leather goods, to perfumes, jewelry, selective distribution, wines and spirits. 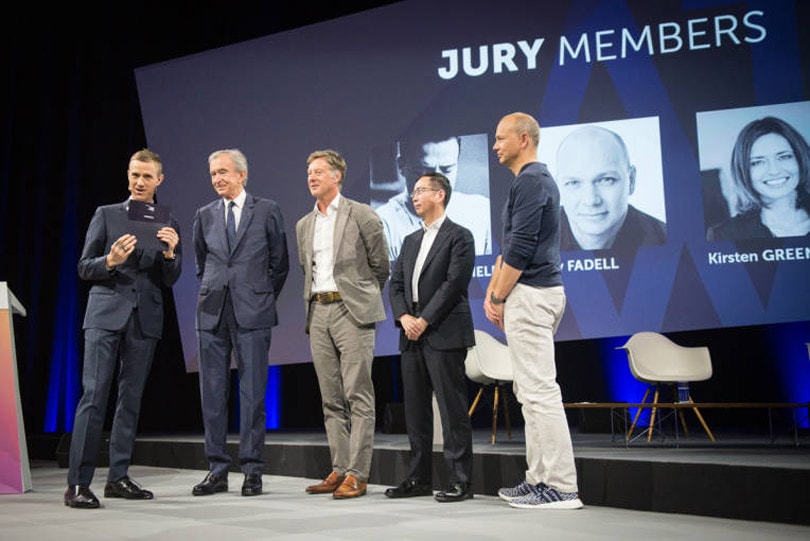 "At the time of infinite choice, it is the quality of the products that makes all the difference"

One of the first visible results was the launch last June of the platform 24Sevres.com which brings together most of the LVMH group's leading brands as well as iconic department store Le Bon Marché. The platform - led by Eric Goguey - distinguishes itself by editorial quality, merchandising, its exclusive collaborations, and services where video chat and personal shopper intermingle. It’s a flash of brilliance that is only the tip of the iceberg. Ian Rogers is already looking further. He is at the forefront of the transformations that await the profession. During the second edition of the Viva Technology fair held last June at the Paris Nord Villepinte Exhibition Centre, Emmanuel Macron listened with obvious pleasure to the explanations of the chief digital officer concerning the various startups that participated in the LVMH Innovation Award. The winner was a deep learning company capable of producing software linking social networks and e-merchants.

This privileged contact with the new guard does not seem to have stunned Ian Rogers too much, nor crumbled his common sense. To define his vision of the future, he also turns to history and the upheavals that have marked the great saga of humanity. "Progress always has two sides. When you are given a brick, you can break windows or build houses. The Internet has brought about a fundamental change in the way we communicate, learn, are entertained and consume. It is a real cultural revolution and this inevitably causes tension". From disorder comes progress? "Today we have unlimited access to knowledge. It has changed our relationship to the world, but it also presents challenges to our political systems. Brexit or the election of Donald Trump, for example, are probably also correlated with the Internet. But on the other hand, we have an ocean of unprecedented and stimulating possibilities open to us, like augmented reality for example; we are only at the very beginning”.

Why did the net take so long to seduce iconic fashion firms? "There was an Internet bubble in the late 1990s, but this was not because the promise of the Internet was false. It lacked two essential bricks for innovation to meet its audience: the smartphone and mobile broadband networks. If we could make a comparison, I would say that we are in a situation of transition, equivalent to that faced by the Lumière brothers: in their time, we knew how to record a sequence of images on tapes of cellulose nitrate, but we didn’t know how to project them onto the big screen. Today we have online commerce, but online luxury commerce does not exist yet, it remains to be invented." Time to abandon the marketing of past times? "We have moved from a world where a small group of people held all the referral power to a much more open world that gives everybody access. I find this very positive because, in an era of infinite choice, it is the quality of the products that makes all the difference". Loud and clear.