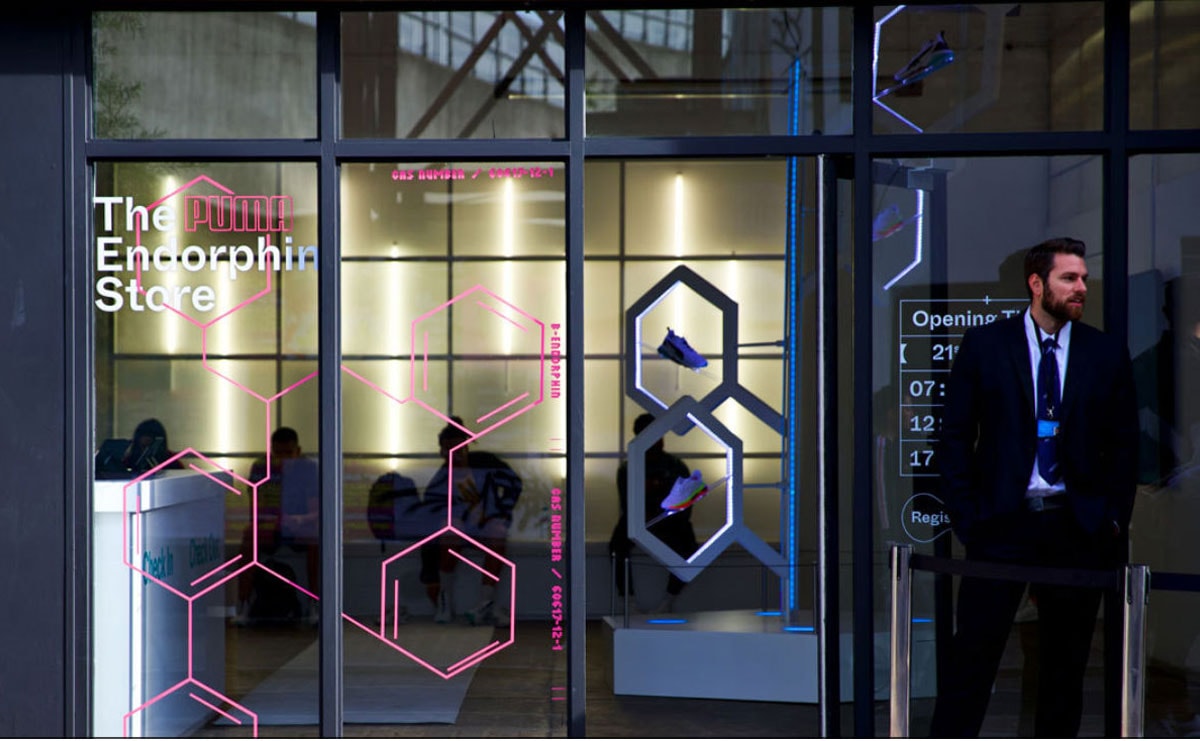 German sportswear company Puma has opened a new pop-up store at Protein Studio in London’s trendy Shoreditch neighbourhood. Called the Puma Endorphin Store, its concept is to “prescribe playful interactive experiences to naturally boost mental and physical health whilst experiencing the versatility of the new Puma LQD CELL trainer in a fun and credible way” - in other words, swapping calories with endorphins and boosting mental health alongside physical health.

“This event is about changing people’s perception of fitness; from a tedious chore to a mood enhancing and joyous experience. By the end of their visit, guests will understand the importance of getting moving and releasing endorphins for their mental and physical wellness,” explains Jodie Sayer, team head performance marketing at Puma, in Wednesday’s press release. 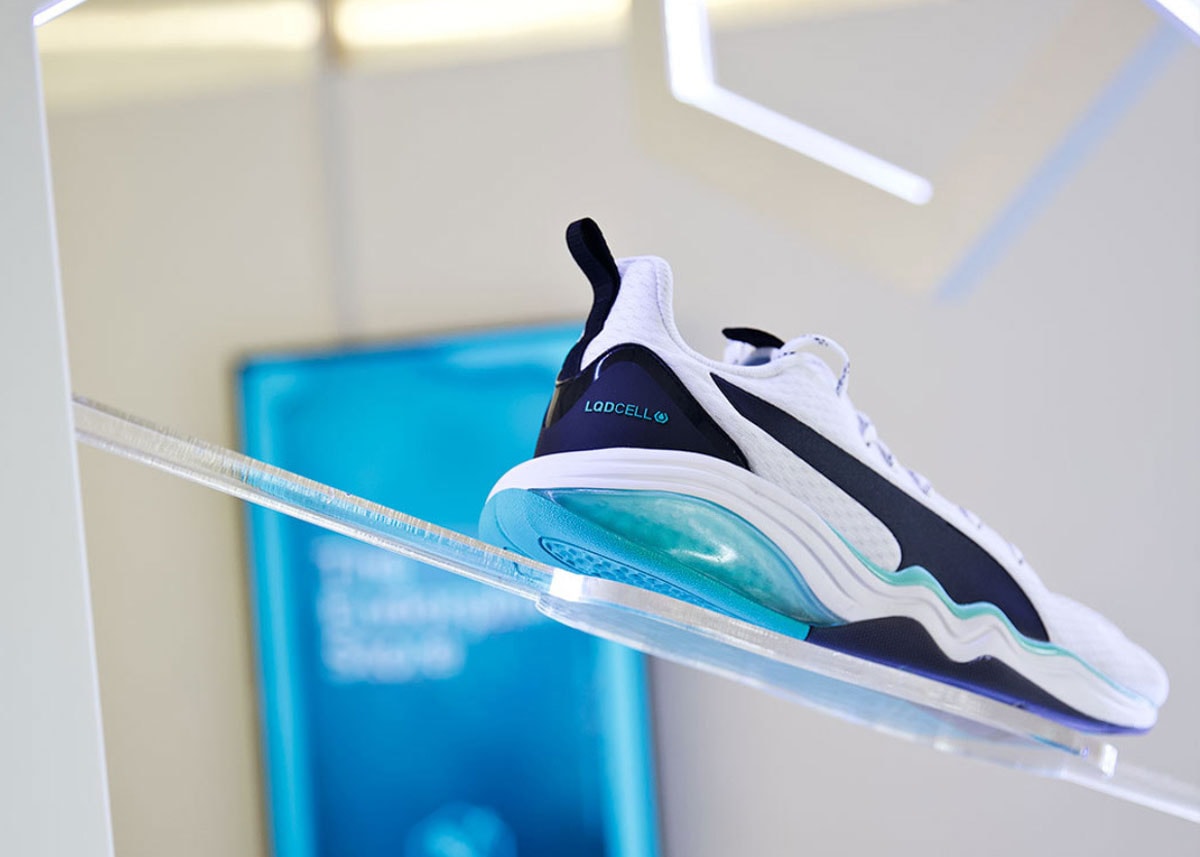 Based on people’s mood, the Puma Endorphin Store prescribes a six minute experiences that can be experienced in one of three treatment areas, all of which naturally boost mental and physical health by focussing on endorphins, adrenaline and dopamine, and guests get provided with a pair of Puma LQD CELL shoes.

All exercises have been co-created with experienced trainers: Sanchia Legister of Yogahood and Gyal Flex aims to alleviate stress with an immersive light baton forest in the Calm Zone. “A voice guides guests through breathing experiences and meditation, whilst being bathed in calming colours completed with ambient surround sound,” describes Puma the first exercise.

The second experience, co-created with Jahmarl Crick of Blok, is the Focus Zone, focussed on restoring the inner balance and alleviating distraction. “When the music begins, the user is guided to step to the CELL that lights up, bringing guests a fast-paced rhythmic exercise that makes them use their whole body,”says Puma. 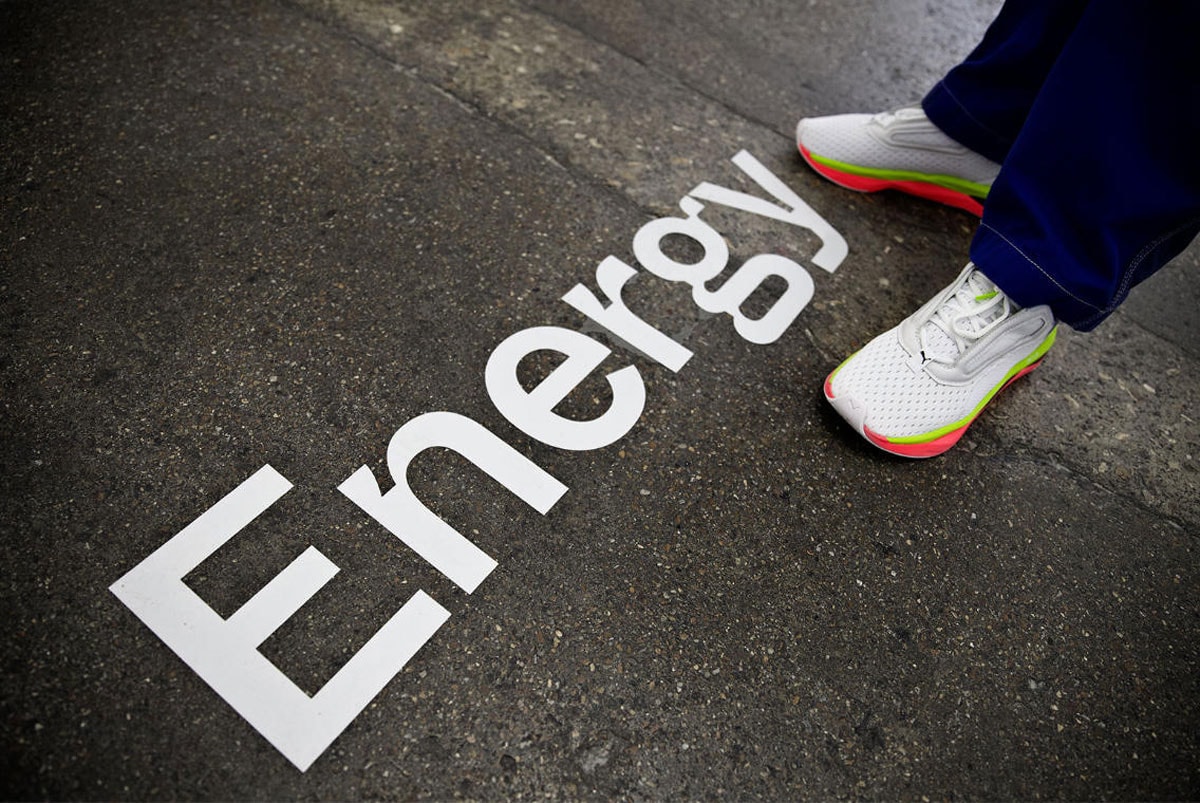 The third HIIT exercise, taking place in the Energy Zone, was co-created with Jason Leggett, who is a personal trainer at Barry’s Bootcamp, and is aimed to help people understand how different music BPMs can help guide a training and shake off lethargy.

“The Puma Endorphin Store gives the familiar an unexpectedly simple twist in a busy London hotspot. With this activation we’re helping Puma own a unique space in training as well as bring people a unique experience worthy of their time and attention,” commented Gemma Knox, managing director Northern Europe of VIRTUE, the creative agency by VICE, that Puma teamed up with for the pop-up store.