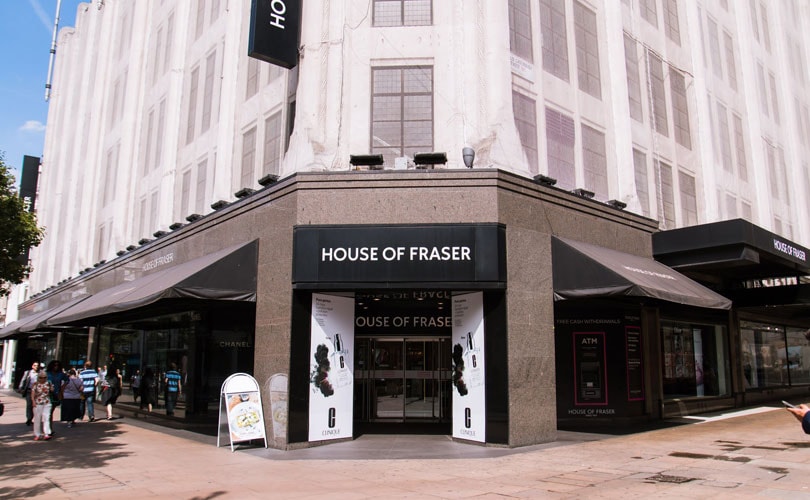 Sports Direct has strongly denied claims made by The Telegraph that the Mike Ashley-owned company plans to close more its House of Fraser stores after the Christmas trading period.

The British newspaper said “almost all House of Fraser stores” could close after Christmas, adding that seven sites are now empty and Sports Direct has either stopped paying rent or will end the leases for the “vast majority of the remaining ones”, citing papers from administrators EY.

But Sports Direct refuted the claims in a statement. It said: “The Telegraph article refers to "fresh papers from administrators EY", which is the progress report for the administration of HFL Realisations Limited (formerly House of Fraser Limited, which went into administration in 2018). This refers to a number of leases being surrendered for £nil and a small number of property leases remaining to be dealt with. Please note that the surrenders relate to the leases between the landlords and the old House of Fraser company and have nothing to do with the Sports Direct Group including the new House of Fraser Limited.”

The company also said it has entered into new leases on the majority of its House of Fraser stores, and that the EY report relates to “an entirely different company,” adding that “Sports Direct continues to work with landlords across the whole of the remaining House of Fraser estate.”

The statement continued: “As a result of this erroneous misreading of the administrators report from EY, staff across the HoF group have today woken up to a false sense of job insecurity. Sports Direct is working rapidly on our ongoing investment programme with the HoF brand and it is therefore totally incorrect to assume that there will be large numbers of store closures in the new year. We are taking legal advice with regards to this unbelievable level of misreporting.”