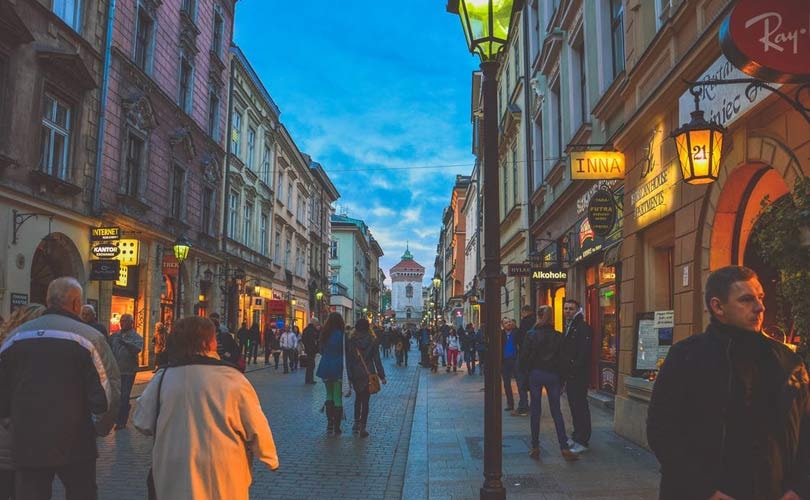 The British high street has had something to endure of late. A slump after Brexit, relentless store closures, a surge in online shopping, an increase in minimum wage and pricy business rates to top it all off. No wonder so many retailers are forced to close their doors when trading is tough at best.

Over 130 stores close per day in the UK

And it wasn't just smaller independents that succumbed to the pressures. Even stalwarts like BHS and now Jaeger found themselves in administration. According to the Local Data Company, the full year 2016 saw a drop in the number of occupied shops across Great Britain of -1,650. LDC had logged a deficit of -1,997 in the first six months. Across 2,700 locations there were 45,986 beginnings and 47,636 endings. That’s more than 125 new shops and 130 endings every day across Great Britain.

2016 was the heaviest year of decline since 2012 however the level of openings was still encouragingly high, proving this not a dead market. While closures were at their lowest for five years, openings were even lower. As ever, it is the balance between the two that determines growth.

Clothing and footwear related shop closures were nearly a quarter of all closures. And BHS wasn't the only well-known retailer to close its door. Other time-honoured independents such as McEwans of Perth also met their end. 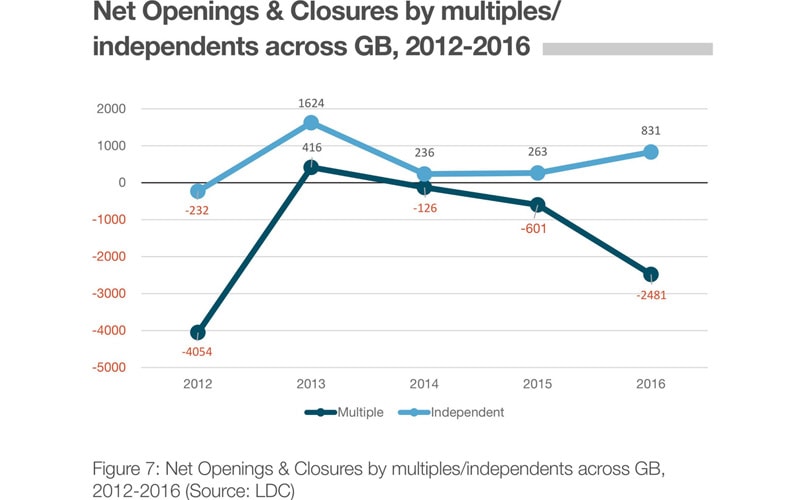 Matthew Hopkinson, Director at LDC stated: It was clear at the halfway stage in 2016 that both openings and closures had slowed sharply by the date of the EU referendum vote. Openings had dropped off even more rapidly and that key measure, the gap between the two, had generated a net loss of nearly 2,000 retail operations in the six months to the summer.

In a year of surprises, what followed was a bump after the slump. Both openings and closures rose back to early-year levels in the autumn, but this time openings had the upper hand and began to correct the net losses of the mid-year trough. It was not enough to fill the gap, but by Christmas it had begun to mend the damage.

LDC is the UK’s leading data creator using real people on the street to acquire the most up to date and company specific data for the retail and leisure sectors. For a copy of the report go to www.localdatacompany.com