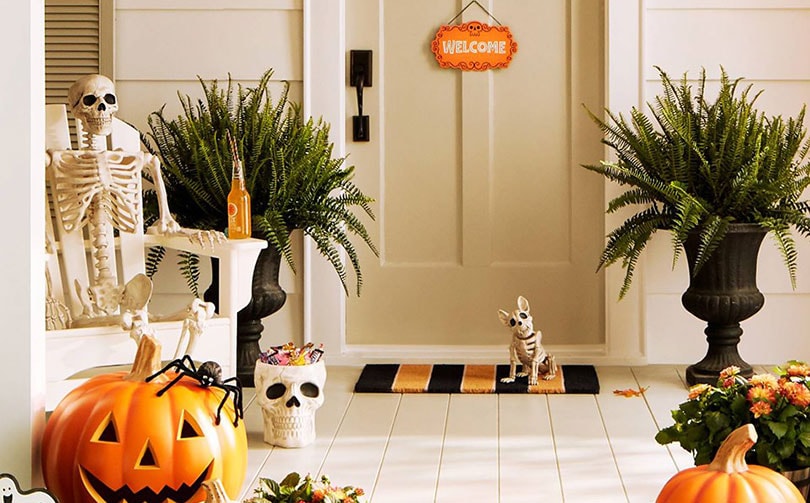 The high cost of Halloween costumes on the environment

Here’s a spooky thought. An estimated 39 million people in the UK dressed up for Halloween last year, spending a total of 510 million pounds on costumes. An estimated 7 million Halloween costumes ended up as waste.

A new survey by UK charity Fairyland Trust shows an average of 83 percent of the material in Halloween clothing items is plastic. The research, which was conducted in October, included 19 major retailers and recorded details of 324 items.

Based on a sample of costumes, and given that 7m are thrown away each year, this is equivalent of 2,079 tonnes of plastic, or 83 million Coca Cola bottles. The charity said 69 percent of the material was polyester, 10 percent was cotton and 5 percent viscose.

The scariest thing about Halloween is now plastic. More costumes are being bought each year as the number of people participating in Halloween increases.

Other research has shown that over 90 percent of UK families consider buying costumes and globally less than 13 percent of material inputs to clothing manufacture are recycled.

The report states that ‘unless retailers and manufacturers take action to increase the use of non-plastic alternative fibres such as cotton, viscose and lyocell/tencel, the huge plastic-waste footprint of Halloween ‘is likely to continue, and calls for ‘better and consistent labeling’ as many consumers do not realise that materials like polyester are in fact plastic.

It notes that ‘concerned consumers can take personal action to avoid buying new plastic and still dress-up for Halloween, buying from charity shops or re-using costumes to create outfits, or making their own from non-plastic materials’ but ‘without regulatory action to limit plastic entering the supply chain a comprehensive solution is unlikely to be found’. The actual ‘plastic footprint’ of Halloween is even larger than this survey suggests because it does not take account of things like toys and food packaging specifically produced for Halloween.

“Concerned consumers can take personal action to avoid buying new plastic and still dress up for Halloween by buying from charity shops or reusing costumes to create outfits, or making their own from non-plastic materials,” Fairyland Trust spokesman Chris Rose told the BBC.

“Retailers must take greater responsibility to offer ranges for seasonal celebrations that don’t worsen the already worrying impact of plastic waste on our planet,” said Trewin Restorick, chief executive of Hubbub, a charity that creates environmental campaigns with a difference.