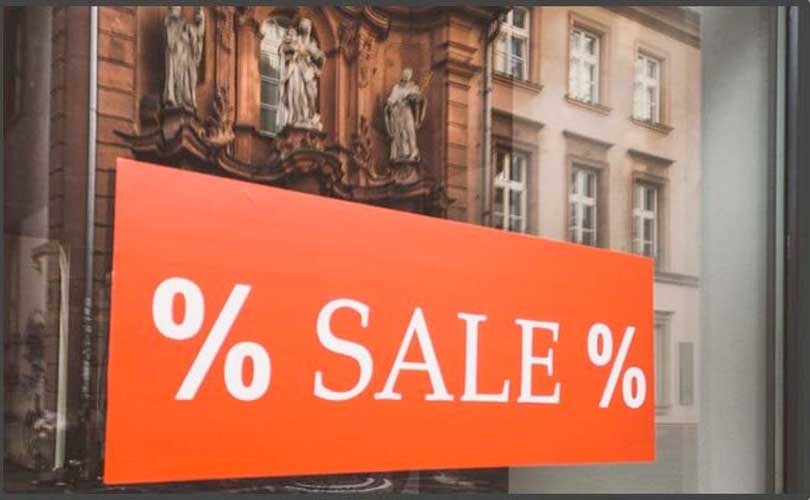 The lockdown economy has changed the course of shopping

The lockdown economy has changed the course of shopping, with certain categories skyrocketing whilst we self-isolate, like a loungewear and lingerie. A fortnightly retail report by LovetheSales.com tracks consumers demand and data from its 4 million UK shoppers, and there are some surprising discoveries.

Demand for high street brands hits a record low for May

High street fashion continues to struggle in lockdown. Demand for high street brands is down 145 percent year-on-year, a 5 year low for May. Jessie Stein, a professional stylist said of the data: “Many shoppers don’t want the hassle of returning low value items, whilst stuck inside. High street brands thrive on a buzzing high street, where shoppers can try before they buy with ease. The lockdown has stopped a lot of impulse buying for cheaper, ‘wear once’ type clothing.”

Demand for luxury fashion continues to rise, growing by 32 percent year-on-year. Luxury labels took a hit in demand at the beginning of lockdown, but are now starting to recover in May. Demand for premium brands has remained stable, and is down just 2 percent YOY.

In May, retail discounting is up 43 percent.

UK retailers hit hard by the shutdown are preparing for ‘the biggest summer of discounting in years.’ Retailers in desperate need to sell excess stock are planning to offer unprecedented levels of discounting to shoppers this summer. Online retailers have begun kickstarting demand by offering 43 percent more clothing discounts than this time last year, an increase of 13% week-on-week.

Stuart McClure, co-founder of LovetheSales.com said on the increase in discounting: “The pandemic has hit retail hard. Initially, China’s shutdown meant chaos for orders and deliveries of goods that led to delays in arrival to the UK - this meant reduced selling time for those goods. Then, stores closed in the UK, meaning further loss of opportunity to sell. Whilst eCommerce has seen a bit of an uplift, it’s not anywhere near enough to offset the loss of physical sales. Retailers have an ever increasing volume of inventory they need to sell. This can be seen in the data we are tracking on our marketplace.

The volume of products discounted is currently up 43 percent YOY and this is increasing - WOW increase was 13 percent from this week to last. We’re already seeing a huge surge in sales online, and we’ll see the same in store when they re-open. Under the circumstances retailers find themselves in, we expect this to be a record breaking summer sales period for retail discounting.”

Catherine, the dutchess of Cambridge ,influences more shoppers in lockdown than in normal life. The duchess has appeared publicly on Zoom 8 times in lockdown, with her outfits attracting a 58 percent increase in online searches than one of her normal stately looks.

McClure commented: “UK shoppers have been unable to hit the stores for two months now and more women than ever are turning to Kate for fashion inspiration. Kate’s popularity and global appeal is so significant, there isn’t another public figure out there that can match her influence in the virtual space. We expect Kate to continue her charity work online and lucky brands will be watching in anticipation of the duchess wearing their clothes.”