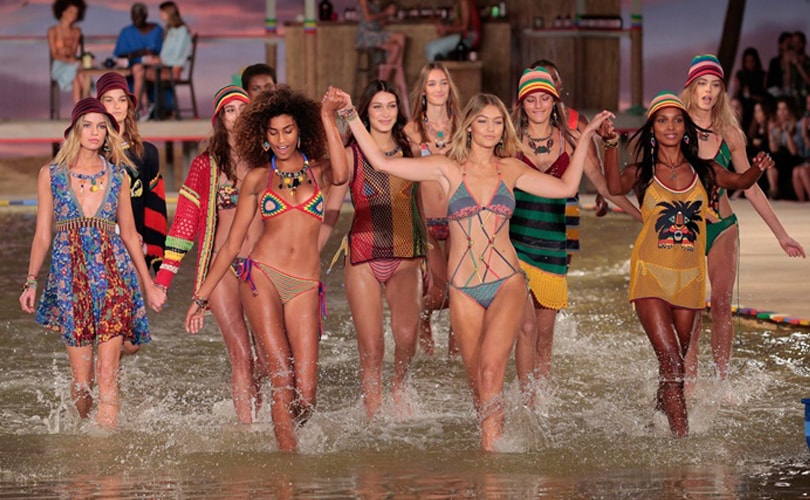 The reality of 'see now, buy now' is coming one step closer to consumers as Tommy Hilfiger is expected to sign a major e-commerce partnership deal enabling customers to purchase the looks directly after being shown on the catwalk.

From September the American brand will align its fashion week and retail calendar, where it will showcase autumn 2016 on the catwalks that can be purchased immediately post show through retail, wholesale accounts and online.

Speaking at the 10th annual World Retail Congress in Dubai, where he is being inducted into into the event’s World Retail Hall of Fame, Hilfiger said that an announcement of a big e-commerce partnership deal was imminent: "We are negotiating a deal with a very big internet retailer – a global e-commerce partnership to ensure catwalk looks can be delivered to customers straight off runway.”

"Think ahead of what the consumer wants, surprise them, think of what they want next. Young consumers today are directing us towards what they want, which is speed to market…they want fashion today, they don’t wanna wait.”

In order to deliver to that need Hilfiger urged retailers to use the tools available in the market now. The designer pointed to message apps and social commerce as next generation retail.

He said: "We need to latch onto new resources and take advantage of what they can bring – for example Snapchat, Youtube, Facebook – shopping by mobile apps will be the retail of the future – the challenge is how do we adapt and cater to the needs of consumers as a result of that."

Tommy Hilfiger isn't the only American designer to change his fashion show format. Last month New York Fashion Week organizer the Council of Fashion Designers of America and the Boston Consulting Group released a study examining the future of the event. It concluded that individual designers have to decide on their own whether showing at fashion weeks make the most sense for their brands.

Steven Kolb, the CFDA’s president and chief executive, said the organization “is a strong proponent of designers showing in new ways.” Many designers prefer the traditional approach, he said, and men’s fashion week continues to add labels in the coming season.