Online behaviour in the UK has greatly changed with over 90 percent of households now having internet access. This is an increase from 89 percent last year and 57 percent in 2006, according to the Office of National Statistics.

When it comes to assessing shopping habits, 77 percent of adults have bought goods or services online, up from 53 percent in 2008.

In terms of fashion, over 56 percent of adults have purchased clothing or sportswear items, making these the most popular online purchases in 2017 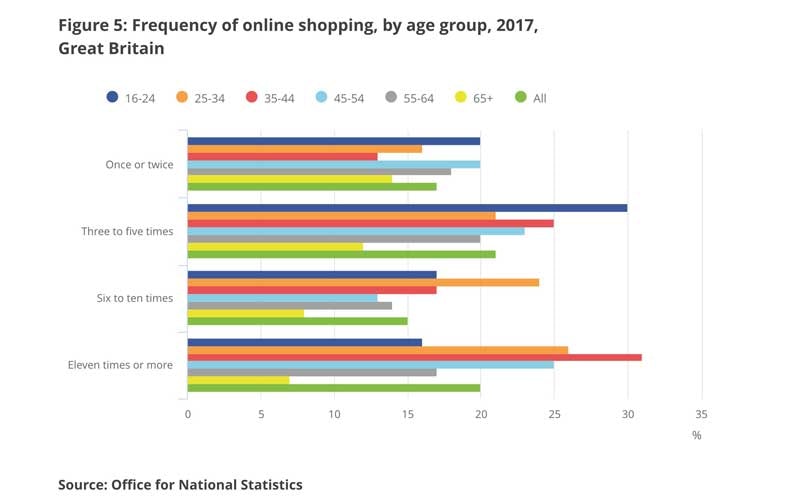 The use of mobile or smartphones to access the internet “on the go” has continued to increase (from 70 percent in 2016 to 73 percent in 2017) meaning shopping habits have changed to embrace m-commerce.

Younger people tend to be more active shopping on the internet than older people, but older people are catching up in their shopping activity.