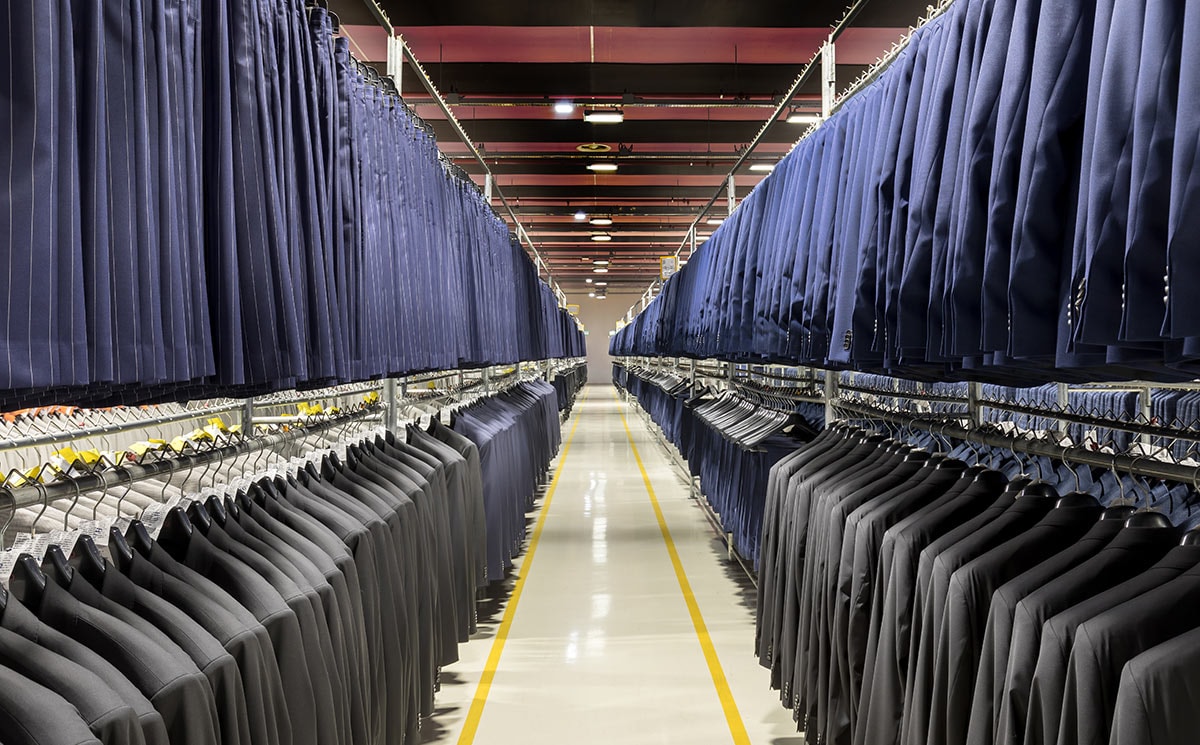 The artificial intelligence and tablets deployed at the largest European production facility of German businesswear maker Hugo Boss may be astounding, but it’s the new ways in which humans and machines are interacting that is perhaps most noteworthy.

“The interesting thing about technology is that it has made us human again," Joachim Hensch, managing director at Hugo Boss Textile Industries Ltd, said in Amsterdam. He oversees the factory in Izmir, one of the four own-production sites of Hugo Boss in Europe. Of these, Izmir is by far the largest with around 4,000 employees.

The plant is part of a broader transformation of the fashion industry, where production has to react more flexibly to consumer demand. Joachim Hensch likes to talk about how he started his career as a tailor for individual customers and quickly learned that the fashion industry worked differently than he imagined. The era of mass-produced clothing in the 90s to early 2000s was characterized by consumers following a brand and buying it. However, the emergence of new technologies such as social media is increasingly reversing this concept. Customers can now contact brands directly via social platforms like Instagram or Twitter.

"I still want to participate in the brand’s story but I would like to be seen as a single customer. This changes the whole concept of production, the whole concept of following trends,” Hensch explained during his presentation at the Innovate Textile & Apparel conference in Amsterdam.

Cheaper is no longer enough

The current sourcing practice of merely finding ever-cheaper suppliers to increase profit margins won’t work anymore. Hensch expects the demand for man-made, tailored clothing to rise, while mass production of garments will need to become faster as well as more flexible. The complexity of production will increase as a result, but technology can help to cope with time, material and quality issues.

"I don't see that everyone will go into lights-out factories and robotize everything, but there will be these two worlds,” he said. 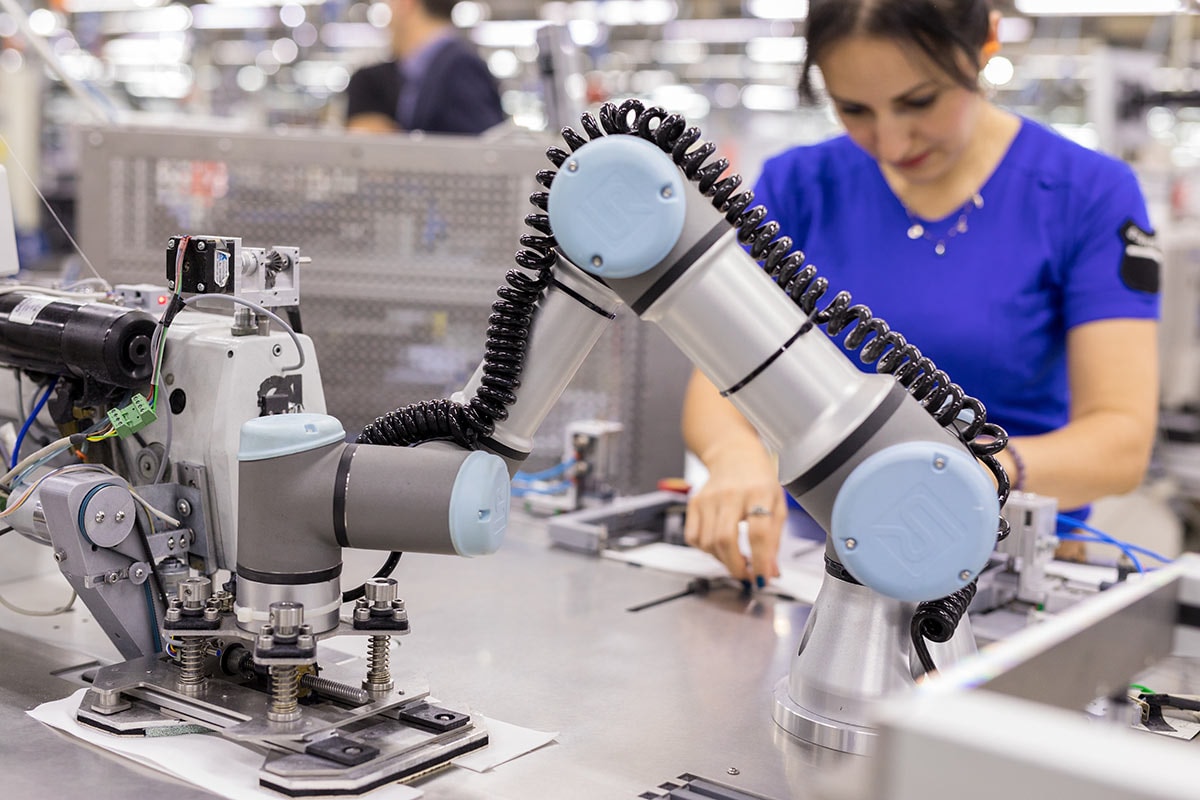 The factory produces as many as 900,000 suits annually, as well as two million shirts and 550,000 pieces of women's apparel, according to the company website. The plant has also started to deliver single-piece orders to pilot stores in Asia, according to Hensch.

"In Izmir, we will become a platform for products, services, and knowledge, a marketplace for what is needed. It will be very different in the layout, how we manage processes and how we train people.”

A fluid and flexible organization needs flat hierarchies in which managers and employees abandon thinking in departments or silos, Hensch said. Instead, they need to think in tasks. The new form of organising the shop floor may be the most articulate expression of his ideas. While factory workers are generally assigned a single task throughout any given day or week, employees in Izmir must be able to switch between multiple duties and work with varying pieces such as suits, dresses, trousers and shirts. Between shifts, workers have to clean up workplaces and unplug machines. When it was first implemented, the process would take 40 minutes, whereas now it’s cut down to only five or ten. The flexible shifts enable faster adaptation to fluctuations in demand for the numerous product groups that are made at the plant.

The faster pace of switching tasks could trigger more mistakes, however – a problem Hugo Boss tries to mitigate through collecting data from its 3,500 machines and 4,000 workers. Over 1,600 tablets are used on the shop floor, allowing mistakes to be immediately flagged to the colleague who worked on the previous step where the error was made in the production line, reducing the number of follow-up mistakes. By noticing and acting on the mistake the worker can choose to rehearse the task with the help of a mixed reality game that was developed for the factory. 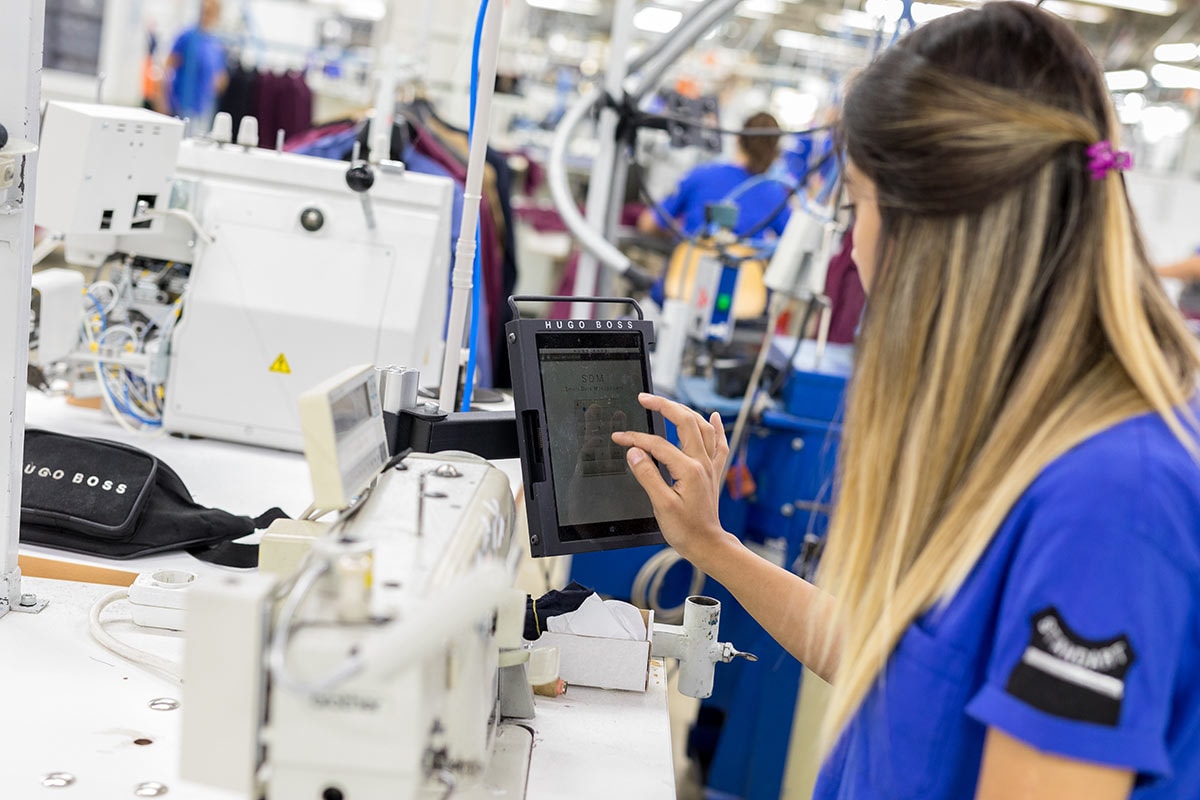 Over 1,000 operations have been taught with the help of “virtual dojo”. Exploring new ways for people to learn is crucial, said Hensch, as the speed and quantity at which new skills have to be acquired is increasing.

And the use of technology in preventing mistakes goes even deeper – allowing in some cases for them to be avoided before they even take place. Using past data, algorithms learn to predict when employees will likely make their next mistake. They may then have to be retrained or forgo the task completely based on their past record.

Artificial intelligence has even learned to anticipate when employees might leave the company, allowing Hugo Boss to hire and train people for a job before the departure. Machine data can also predict when maintenance will be needed, therefore helping to reduce downtime and cost.

Video (Englisch): Joachim Hensch shares the transformation to a Smart Factory at TEDxTalk

“I am interested in the connection between human and machine,” said Hensch. “Machine data is like music. I am looking for the music of machines and bringing this in context with the people who are working with the machines.”

After understanding the ‘tune’ of pattern cutters - which means being able to predict when they need their next maintenance check - it’s still harder to collect data for sewing machines, said Hensch. The density of their combined metal structures makes it hard for computers to record information.

The ultimate goal of the smart factory is to build a sort of digital twin of the traditional factory that can replicate everything the other does. Then Hugo Boss could make sense of data to the extent that it can predict what will happen in the future, explains Hensch: “It is a beautiful moment when you are beginning to understand what will happen in your factory or organization in the next week and in the coming months.”