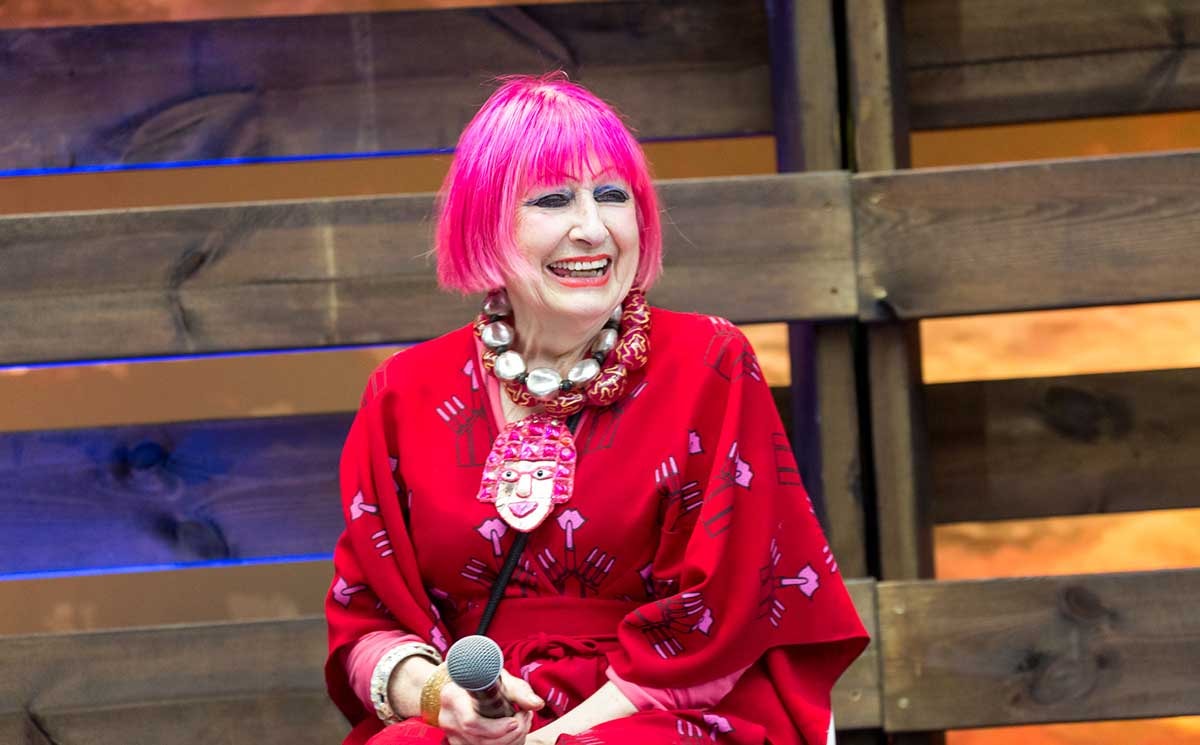 British designer Zandra Rhodes was the keynote speaker at UK fashion trade fair Pure London on Sunday evening, where she spoke about her illustrious career, how she keeps finding new inspiration after 50 years of designing, and the celebrities she’d like to dress.

Having just celebrated her own Jubilee in fashion, Rhodes spoke about her journey through the changing fashion landscape, referring to photos from her retrospective exhibition launched at the Fashion and Textile Museum in September, called ‘Zandra Rhodes: 50 Years of Fabulous’.

“People used to say ‘you’re a textile designer, that’s what you are’ and I thought, well the fashion designers didn’t look any more intelligent than I was, so why couldn’t I have a go and see what I could do?” Zandra said when explaining her foray into the fashion world. She then used shapes from books of folk art to influence the iconic print-dominated style she is now known for.

Throughout her illustrious career, Rhodes has gone on to dress an endless list of celebrities and royalty, the likes of which include Princess Diana, Freddie Mercury, Debbie Harry, and Kate Moss, among others. She also spoke about feeling “very honored” when she worked with Valentino in 2016 to create a series of exclusive Hieronymus Bosch-inspired prints for Pierpaolo Piccioli’s first solo collection at the Italian fashion label. So who would the designer who has done it all still love the opportunity to dress? Kate Middleton and Salma Hayek, she revealed.

As part of her jubilee collection, Rhodes had her garments modeled by Jan de Villeneuve and Pixie Geldof. Talking about the decision, Rhodes said: “We wanted to show that someone of Jan’s age and a younger person could both wear the dresses and they were equally applicable and that people would see that they fitted over different generations and they were wearable in whatever sense.” 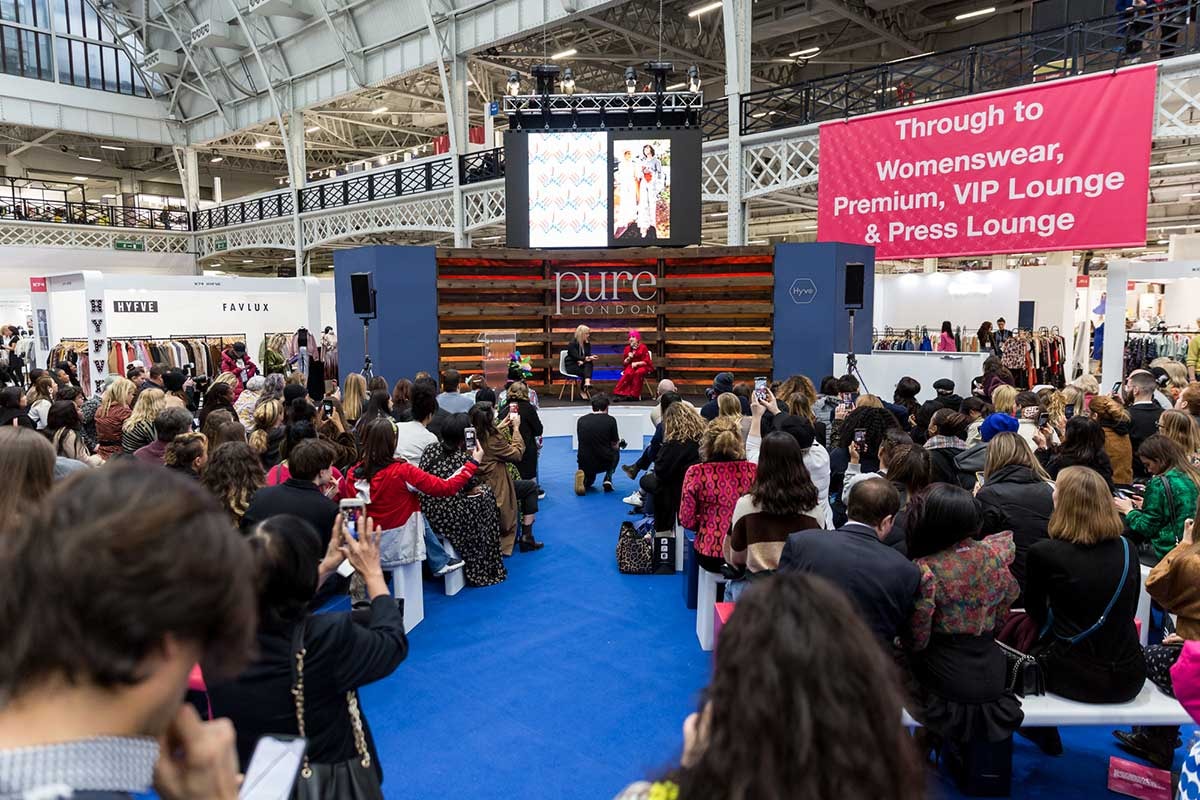 Talking about the challenges of finding new inspiration after 50 years of designing, Rhodes said: “Quite often one feels one runs out of inspiration - but you're not allowed to say that. At the end of the day I ask myself, would I want to teach? No. So what else would I do? And I can’t think of anything else I’d do. I do think I should slow down a bit but I haven’t yet taught myself that.” Among other things, Rhodes is currently collaborating with Swedish homeware giant Ikea on a collection of homeware products. On inspiration, she said she is “most inspired” when she gets to go on sketching trips. “It could be a wonderful trip to India if I'm lucky enough - just to get away. But these days it might be a bit more difficult because I might have a cellphone with me so people can still get hold of me.”

So what tips would a fashion icon with a portfolio as long and rich as Rhodes’ give upcoming designers? “The main thing to get you into the industry is to try and work out your own image and get a collection together somehow - then you just have to persevere and find an opening somewhere,” she said. “I think you just have to make sure you don’t give up. Follow all opportunities and also go for all your interviews looking to the person you’re being interviewed by like you really want that job.”

She added: “You don't go into fashion or designing if you think it’s going to be a cosy job - but on the other hand it keeps you busy and gives you lovely adventures - so I think you just have to love doing it.”

When asked about the growing focus on sustainable fashion and whether that had impact Rhode’s work, she said: “For me, personally, it doesn't make too much of a difference because I don't make too very much and it's made on silk chiffon and a lot of it is done by hand. But I think all of us need to think of wearing less and making sure it goes further.”

The AW20 edition of Pure London is currently running between 9 - 11 February 2020 at Olympia London. Keep an eye out for FashionUnited’s coverage of the event.

Read our coverage from the July 2019 edition of Pure London: