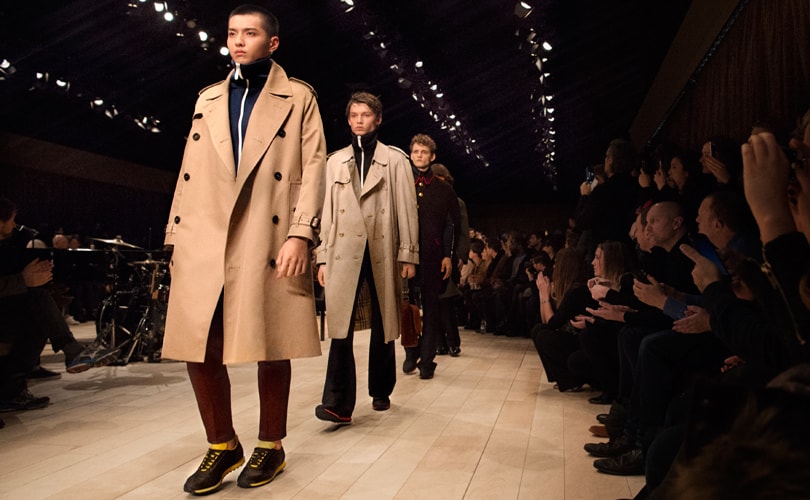 Always keen to remain one step ahead of the game, British heritage fashion house Burberry shook up the industry this morning with news of its decision to merge its womenswear and menswear fashion week shows into two annual events.

From September 2016, the 160 year old fashion house will showcase its new, seasonless collections together in a single show, twice a year, replacing its current four show calender. The new collection will be known simpy as "February" and "September", rather than Spring/Summer and Autumn/Winter, marketed at Burberry global consumer who live in different continents, with different seasons. The decision to consolidate and transform its fashion shows is align with its new strategy under which the fashion house consolidated its Prorsum, London Burberry and Brit lines into one single Burberry label.

This new approach will also be translated into Burberry's runway collections which will be available for sale, both online and in-stores across the world, immediately following the catwalk show, in a move that according to the company "significantly shortens the traditional gap between the runaway show and retail availability." Burberry's new strategy aims to fulfil a growing rift between digital savvy consumers and the traditional fashion calender, as more shoppers are keen to purchase looks seen online after shows immediately afterwards, unsatisfied to wait six months until the collections land in store.

"The changes we are making will allow us to build a closer connection between the experience that we create with our runway shows and the moment when people can physically explore the collections for themselves," said Burberry Chief Creative and Chief Executive Officer Christopher Bailey. "Our shows have been evolving to close this gap for some time. From live streams, to ordering straight from the runway to live social media campaigns, this is the latest step in a creative process that will continue to evolve."

In order to fully support its new direction and calender showing, Burberry will also ensure all of its store windows and sale locations showcase the newest collections immediately following the shows. Known for its continual success with digital innovation, including its recent live digital campaigns on Snapchat and Instagram, Burberry's is set launch all its main advertising campaigns for the collection through its key digital channels and print media after the collections have been presented.

One of the main outcomes of Burberry's new direction will see the its formerly separate Burberry Menswear show, which was previously staged in January and June at London Collections: Men, disappear. However, Burberry will not be completely absent from the menswear fashion week and will continue to work the organization to ensure it plays a significant part in the men's fashion calendar. In addition, Burberry's bi-annual pre-collection will become part of the collection showcase.

Burberry decision to make both its shows as well as its collection more consumer-centrific comes at a pivotal point within the fashion industry and fashion week as designers, labels, organizations and retailers alike question the current,seemingly fatigued fashion system. Over the past few months more and more designers have revealed their decisions to move away from the traditional fashion week catwalk showcase to ensure their consumers appetite for fashion is met, including Giles Deacon, Tom Ford and Rebecca Minkoff. 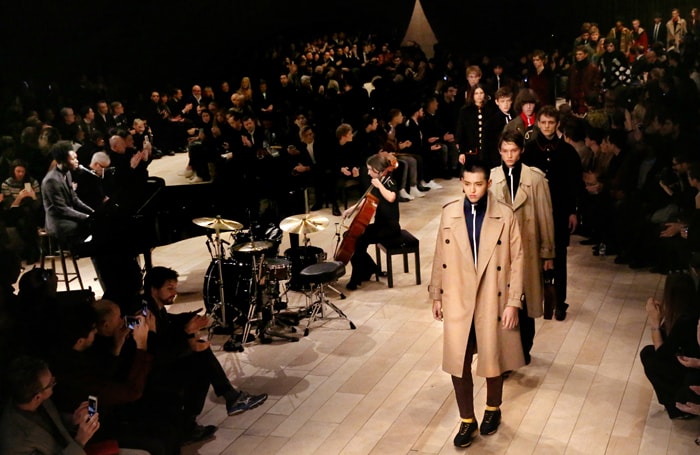 In addition, both the Council of Fashion Designers of America, which oversee New York Fashion Week, and The British Fashion Council, in charge of London Fashion, have both begun exploring options to make the bi-annual events more consumer oriented. The CFDA tasked the Boston Consulting Group to conduct an in-depth study on the viability and logistics of a consumer based fashion week and the BFC is currently expanding its designer influence at London Fashion Weekend, the bi-annual consumer event which follows London Fashion Week.

"The BFC executive board has been talking for some time about fashion shows better connecting to consumers and being a direct driver for retail sales," said Caroline Rush, chief executive of the British Fashion Council in a statement. "Burberry is a truly innovative brand and this strategic move shows brilliant leadership from Christopher Bailey and his team in driving this agenda forward. A number of British brands will move to a similar model over the next few seasons.”