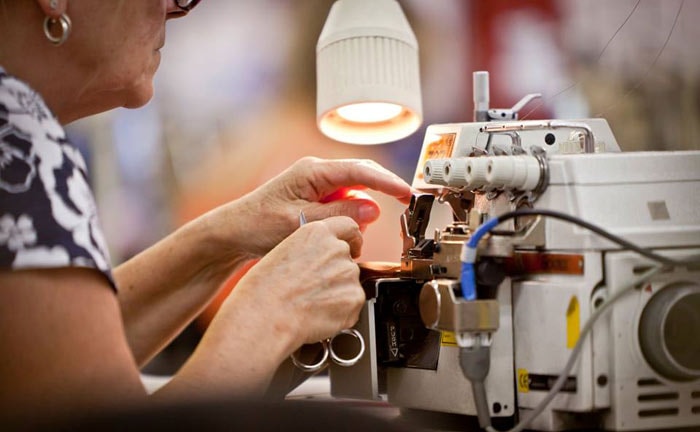 Could a Brexit be beneficial for UK apparel manufacturers?

London - The UK has entered into a period of uncertainty and volatility following the outcome of the national EU referendum on June 23, which saw the majority of the country vote in favour of leaving the European Union. One of the first and immediate effects of the Brexit was the plummeting of the value of the pound, which sank to a 31 year low on Friday. However, Chancellor George Osborne stressed that the British economy is “fundamentally strong,” during a speech made on Monday, his first public appearance since the Brexit, and assured the public their economy will be pull through - but will take time and “have to adjust to the new situation.” Although most of the UK fashion industry fears for the negative fallout of a Brexit, a weaker pound, higher import tariffs and trade costs - could the new situation be beneficial for British apparel manufacturers?

A photo posted by The Shackleton Company (@theshackletoncompany) on May 24, 2016 at 9:19am PDT

What do local fashion and textile manufacturers stand to gain (or lose) in a Brexit?

A weaker pound means that the majority of the British fashion brands which currently outsource their production to countries such as Turkey, Italy, Portugal, China and India will have to spend more on overseas production as they pay in euros or dollars. These extra costs will likely to be passed to the consumer, leading to product inflation. Trade barriers and new import tariffs will have to be worked out, which are also likely to lead to extra costs being passed down to the end consumer. However, a weaker pound would also lead to lower rates which would create a good situation for investing in local manufacturing. “While Brexit poses a number of challenges for large-scale players, I think what you’ve hit on is an opportunity for smaller home-grown businesses,” points out Anusha Couttigane, Senior UK Analyst, at Kantar Retail to FashionUnited.

“In recent years, we’ve seen a rising interest in the “British Made” label across the fashion sector. This is particularly true of upmarket segments, for example, tailoring, but especially for smaller, artisanal labels. Personally, I’ve spoken to a number of small fashion labels – both up-and-coming and established – which expect to trade more on their “British Made” credentials, not only because they have a commitment to and favourable trade relationship with local mills and factories, but because it is often more cost-effective for them to source locally than to pay the duties and overheads on large international imports.” 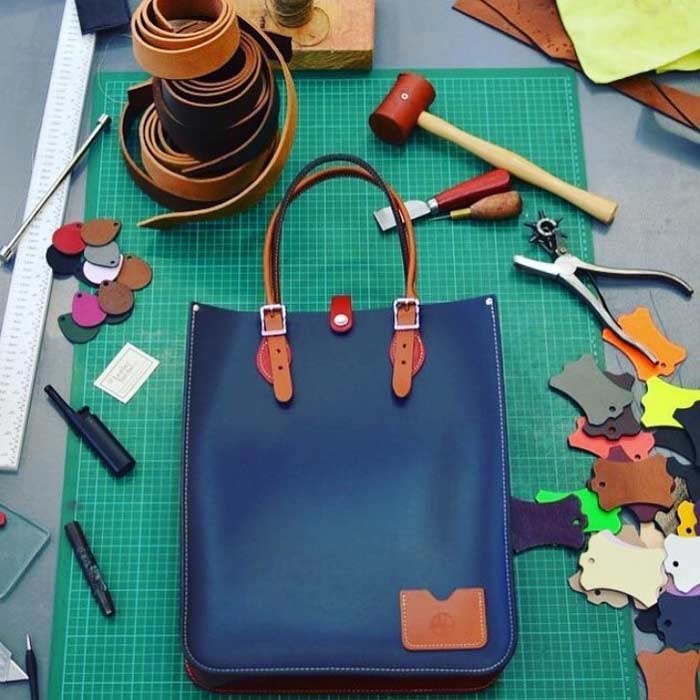 “While the manufacturing sector within the EU offers attractive labour rates and a strong infrastructure for economies of scale, smaller businesses are often put-off by the large minimum orders required by some of these mass-production manufacturers,” she adds. “By contrast, smaller UK-based manufacturers are often more likely to consider smaller orders. In the light of this, it is possible that we could see a growth in fashion trade among independents who rely more on domestic manufacturers than continental ones.”

Over the years the appeal of British Made apparel and footwear has continued to increase, with numerous countries overseas, including China and Japan, valuing items bearing the Made in the UK label more than their own home-made apparel. For smaller fashion brands, which manufacture their apparel and footwear in the UK a weaker pound will likely help sell their goods faster overseas. However, at the moment Britain sells 50 percent of its exports to the European Union, which includes fashion, some wonder if these countries will continue to purchases British-made fashion without the tariff-free trade policy currently in place.

Another issue likely to affect UK fashion and textile manufacturers following the Brexit is the restriction of free movement. “One of the issues influencing the textile industry in wanting to remain [in the EU] is the difficulty in finding skilled workers for the UK clothing industry from without importing staff from countries in Eastern Europe, where these skills are still taught and valued,” adds Hills. If restrictions are placed on how and where workers from overseas can live and work in the UK then it may become increasingly difficult for local fashion manufacturers to hire the workers they need to produce their products.

“Bigger high street players are likely to find the Brexit development much more challenging, especially as newcomers to the EU (Hungary, Romania, Bulgaria) have provided important labour pools for large-scale fashion production,” stresses Couttigane. “These are important resources and, more widely speaking, the EU plays a much bigger role in the supply chain, from fabric sourcing in Italy to assembly in central and Eastern Europe.” The EU also provided a significant amount of funding for research and development, which has benefitted UK fashion and textile manufacturers, who will not miss out on the extra funding. “How will this affect the development of innovation by these manufacturers now?” asks Hills.

Although there are a series of both pros and cons for UK manufacturers following the Brexit, there is certainly room for smaller and medium sized businesses to thrive and the potential positives seem to outweigh the negatives - depending on which route producers chosen to take. “We are likely to see these retailers: a) look to forge favourable ongoing relationships with current suppliers, or b) seek bigger opportunities elsewhere, for example with North Africa, China and India,” predicts Couttigane. “While we may see some turning to British manufacturers to supplement some collections, I don’t think this is likely to encapsulate full ranges. For a start, this may well put too much pressure on UK manufacturers.”

“Secondly, although it might be quicker to use domestic suppliers, it may not be the most cost-effective route for large retailers. However, what I can see happening is a growing trend towards faster refreshment, with many retailers introducing smaller collections more frequently throughout the year, because newness remains a big driver in fashion retail. For these smaller, quick turnaround ranges, UK manufacturers could be well-placed to capture custom from the fall-out with suppliers,” concludes Couttigane.

Hills: “Either way, one thing is for sure – UK manufacturers are likely to see a lot of instability and uncertainty over the next few months and years.”