Can the biggest players in the fashion industry unite to stop global warming? The United Nations thinks so. During a conference in Katowice, Poland, UN Climate Change has announced the launch of the Fashion Industry Charter for Climate Action, a series of targets with the aim to reduce greenhouse gas emissions by 30 percent by 2030 and achieve zero emissions by 2050. 43 leading fashion companies have signed the agreement, including Adidas, Burberry, Esprit, Guess, Gap Inc, Hugo Boss, H&M Group, Inditex, Kering, Levi Strauss & Co, Puma, PVH and Target.

The list of founding signatories also includes some major supplier corporations and a shipping company. Associations and NGOs have also committed to support the implementation of the targets, such as the Sustainable Apparel Coalition, Global Fashion Agenda, Outdoor Industry Association and China’s National Textile and Apparel Council.

“The Charter, like the renowned fashion runways of the world, sets an example that I hope others will follow”, said Patricia Espinosa, Change Executive Secretary at UN Climate Change, in a statement. Goals established by the Charter include phasing out coal-fired boilers, selecting climate friendly and sustainable materials, prioritizing low-carbon transport and exploring circular business models, among others. Six working groups have been created to help signatories make concrete progress on each of the commitments. 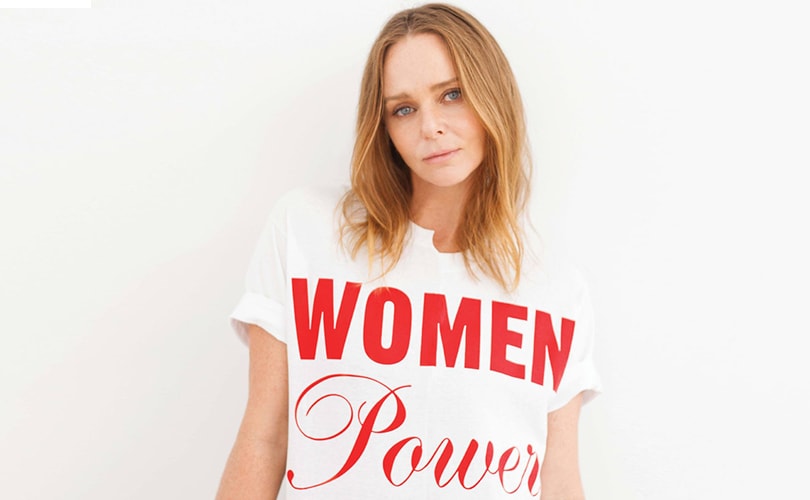 The founding signatories stressed the importance of teaming up to achieve real change. “Climate change is undoubtedly one, if not the biggest challenge of our lifetime. It is and will affect everyone on this planet and our future”, said Stella McCartney, whose label prides itself on its environmental and cruelty-free practices, in the same statement. The designer often partners up with organizations such as Fashion for Good and the Ellen MacArthur Foundation on sustainability projects. “Collectively we have a voice and the capacity to make a difference”, she added.

“More than 90 percent of PUMA’s Carbon Footprint is being generated in shared supply chains. If we want to reduce carbon emissions in our supply chains, we need to work together with our industry peers”, added Bjørn Gulden, CEO of PUMA. Karl-Johan Persson, CEO of the H&M Group, agrees: “only together can we create the change that is urgently needed”.

Marco Gobbetti, CEO of Burberry, said the company is proud to be among the first to join the Chart. “While we have committed to becoming carbon neutral in our own operations, achieving a 30 percent reduction in greenhouse gas emissions across the entire global fashion industry by 2030 will require innovation and collaboration”. Burberry came under fire a few months ago for its practice of burning unsold goods to avoid discounting, which would harm the brand’s image of luxury and exclusivity. The label took a U-turn following a public outcry. 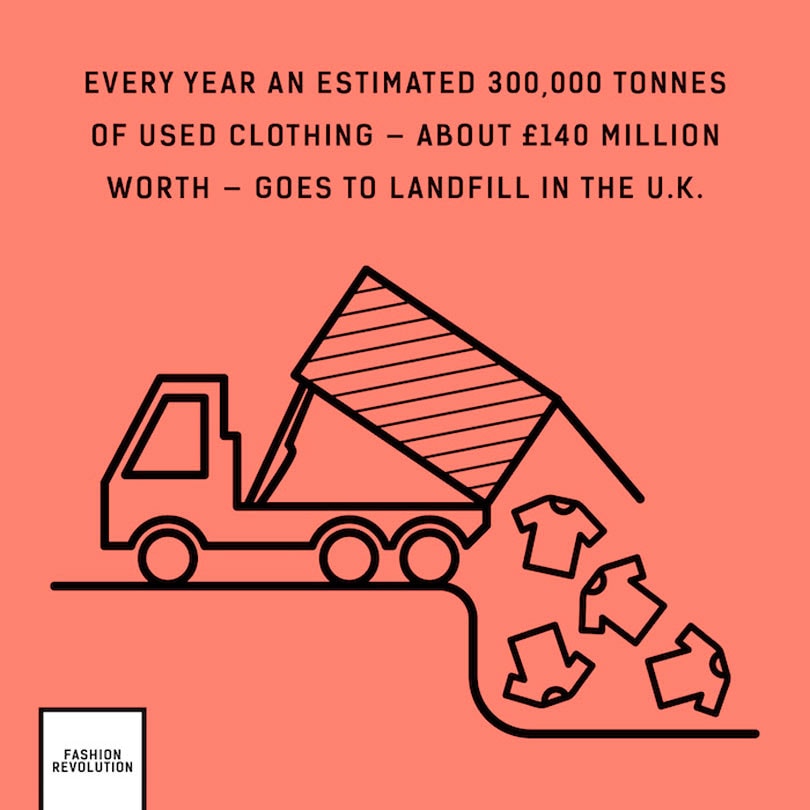 Will the fashion industry really do what it’s needed to stop global warming?

In October, the UN Intergovernmental Panel on Climate Change (IPCC) published an alarming report urging governments and businesses around the world to limit the planet’s temperature rise to 1.5°C above pre-industrial levels as any increase beyond 1.5°C would significantly worsen the occurrence of floods, droughts, extreme heat and food scarcity. According to the report, if the world gets 2°C warmer than pre-industrial levels, 99 percent of corals will die and insects will be twice as likely to lose half of their natural habitats, to name but two of the disastrous effects mentioned. If countries maintain the current level of emissions, the world is forecasted to reach 3°C of warming. The fashion industry contributes 6.7 percent to global climate impact, according to the Australian Circular Textile Association (ACTA).

While the collective commitment announced today is important, environmentalists the world over wonder if the fashion industry is willing to go as far as it’s needed -- especially fast fashion companies such as H&M and Inditex. “Frankly spoken, I find it hard to explain how fast fashion can contribute to a more sustainable world”, said Hester Hoogerwerf, Interim Manager Sourcing & Development at Fashion Consult, in an email to FashionUnited. “Fast fashion is about mass production at a low price. It’s about seducing the consumer to buy more and more frequently. It’s in the nature of these companies to produce clothes that are not to last very long. There’s often over-production involved, which will be ‘dumped’ at even lower prices or in some cases be burned to get rid off”. Hoogerwerf finds it unlikely for this type of company to make a significant impact unless it fundamentally changes its business model.

ACTA’s Director Camille Reed agrees: “If we’re to be honest about the way we see it: No, they can’t operate as a sustainable circular brand. Ever. H&M produces around 400 million styles annually -- not items, styles. Around 100 billion garments are produced worldwide annually. One third ends up in landfill and this is growing 7 percent every year. On top of that 30 percent of all online purchases are returned, a further 30 percent of returns cannot be resold. Add this to the unsold inventory and you can see how much waste one company can generate”. In 2017, H&M was accused by a Danish TV show of burning 12 tons of unsold goods per year. The company firmly denied the claims.

The fast fashion giant has been focusing on recycling to halt the amount of waste the fashion industry produces. Its latest Sustainability Report says 35 percent of the group’s material use comes from recycled or other sustainably sourced materials, with recycled polyester garments having given a second life to 100 million plastic bottles. The corporation also aims to “close the loop” by collecting used garments for recycling: in 2017, almost 18,000 tons of textiles were donated in their stores, the equivalent of 89 million T-shirts.

However, many consumers are not aware that not all clothes can be recycled. Reed stressed in her email to FashionUnited that only a small percentage of donated clothes actually get a second life as new garments. “It’s not 100 percent true that they’re recycling the donated garments. They’re actually outsourcing to a German company called I:Collect which recovers textile take-backs and sorts up to 400 different qualities, much of which can be sold in the second hand charity market, or offshore to developing countries, or to the automotive industry for felting, incinerated and lastly ripped up for painters cloth. Even then rags and cloth for mopping up or cleaning can only be of a certain fabric type, because cotton/polyester blends cause static electricity for cleaning certain metals. Soiled or non-reusable rags end up in landfill”.

In 2015, H&M said only 20 percent of the clothes it collected were in fact recycled. It did not disclose what happened to the other 80 percent. With a combined 36.1 percent of the global share, the United States, the United Kingdom and Germany were the top three used clothes exporters in 2015, according to the UN. The East African Community (Burundi, Kenya, Rwanda, Tanzania and Uganda) says around 67 percent of its population purchase at least a portion of their clothes from second hand clothing markets.