Manchester-based Gymology, a fresh food delivery service set up in 2018, has launched its debut activewear clothing range, as it looks to becoming a one-stop-shop lifestyle brand.

The women’s activewear line has been designed by 26-year-old co-founder Katie Booth, a former triathlete on the Olympic Development Tri team, and features leggings, sports bras, jackets, T-shirts, and jumpers.

Commenting on Gymology entering the activewear market, Booth said in a statement: “Gymwear is something I have always had a passion for. Quite often though, when I would try products on, I’d think ‘this would be better if it was like this instead’.

“I, therefore, decided to make my own. I grew tired of having to pull my leggings up whilst working out, so wanted to create some that held your stomach and had something to stay in place. I’m over the moon with how they’ve turned out.”

There are two collections for women, the Signature and Chrysalis, with a third called Rosea coming soon, all of which offer premium quality, supportive and comfortable activewear and loungewear which the brand states have been “tried, tested and passed” for running, gym, yoga and chilling out. 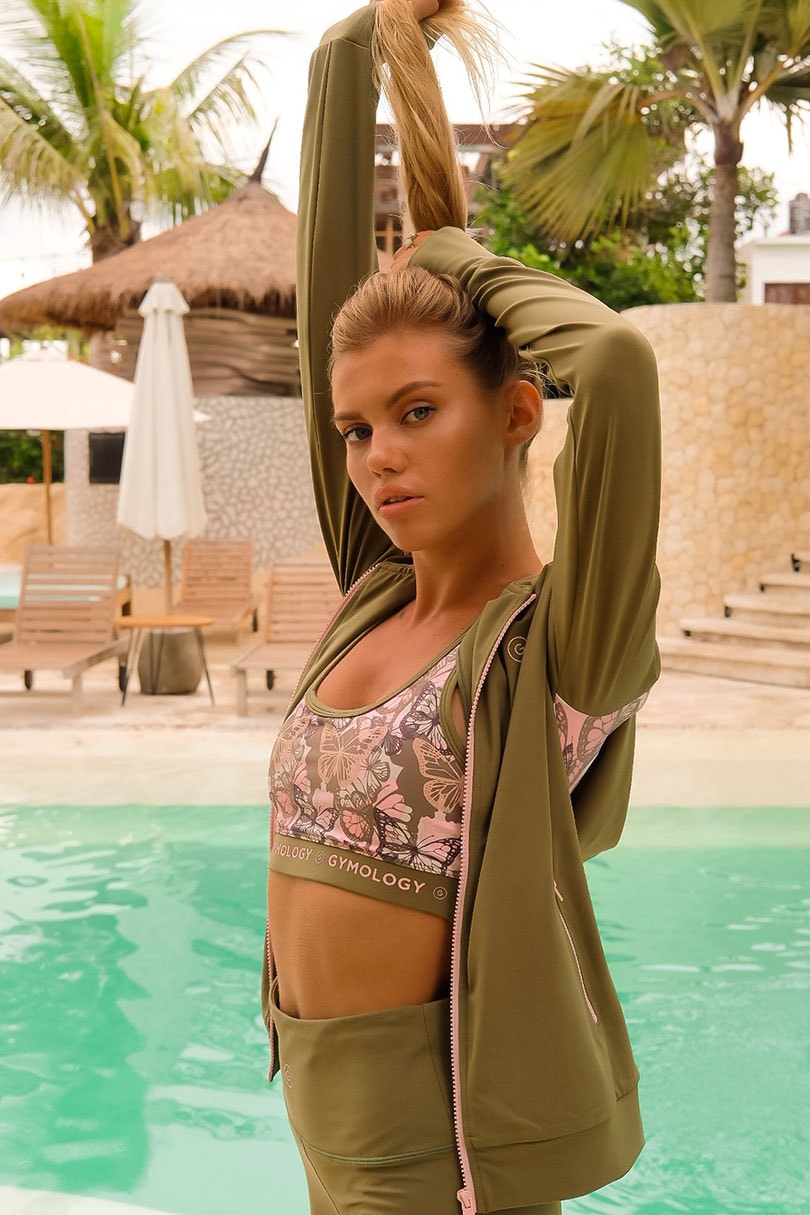 Highlights from the activewear range includes gym leggings with a ‘pull in’ and ‘hold up’ waistband and ‘peachy bum’ contouring to ensure figure-flattering fit.