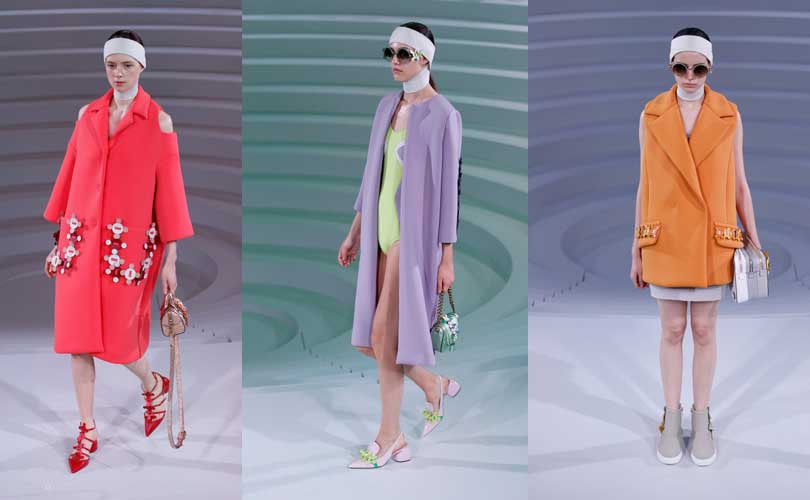 "This season I've been preoccupied by the relationship between geometry and art. These two visual mediums are both articulated through pattern, form and colour - things that have always fascinated me," the West London-based designer noted.

"Starting with the 'simple' circle - perhaps the most intriguing geometric shape - I've mixed native craft techniques and cutting edge technology to create complex shapes. I like to think of this as the leather work equivalent of a mathematical equation."

Anya founded her business in London in 1987 and has since grown into a global brand that has over 45 stores - including flagships in New York, London and Tokyo – and is stocked in many of the world’s best retail stores. But things were not always so easy.

Hindmarch began her fledgling company when she was 18 years old, whilst studying Italian in Florence. When she spotted a 'must-have' bag she loaned 1000 pounds to import the bag to England. Canny as she was, she sent a sample to Harper's Bazaar magazine, which promptly featured the bag and resulted in Hindmarch selling 500 units. With a profit of 7000 pounds Hindmarch set up her business as we know it today.

In the early days, Hindmarch's factory copied her designs

Hindmarch told The Daily Telegraph, “Between 1987 and 1993 I was on my own, at my kitchen table, which was quite tough. I was living with a friend in London, just off the Fulham Road, and it was hard to crack it. I see a lot of people at the same stage now, and a lot of businesses are lost at that stage. Then the Italian factory that I was using started to copy my designs, and sell them to Harvey Nichols. And it was hard to get the quantities right at the beginning – 50 of this, 50 of that – so I ended up moving the production back to the UK, and began to work with a lot of craftsmen, some of whom we still work with.”

New shoe shapes this season include pointed pumps finished with geometric leatherwork details. Use the link in our bio to find out more. #AnyaSS17 #LFW #SS17

Fast forward a few years and Hindmarch is the first accessories designer to hold an on-schedule London Fashion Week show. While perhaps accessories brands taking to the catwalks are not fashion week highlights, her presentations are always interesting, mixing a very British dose of creativity and wit into her collections, such as models floating weightlessly over the catwalk or a giant mirrored kaleidoscopic set and models walking within an artful Rubik’s cube.

Hindmarch began putting her bags on the catwalk five years ago, but unlike accessories brand Mulberry, Hindmarch didn't design her own clothes. At first she used anonymous black pieces to not distract from her leather goods, then models were styled in fancy-dress: one season they paraded the catwalk as neon skeletons, another season as gymnasts. Finally she decided a capsule collection of her own would be bested suited to both her bags and brand, resulting in a collection of mostly coats that are equally as desirable and complimentary to her bag ranges.

One of Hindmarch's early accolades, was her Be A Bag campaign in 2001. It allowed customers to have their own photographs printed onto a bag and with a little help from celebrity friends Kate Moss and Elton John, the initiative was launched in more than 20 countries, benefiting over 20 charities around the world.

Then of course came Hindmarch's greatest pr coup, the "I am NOT a Plastic Bag' campaign in 2007. Joining forces with the global social change movement We Are What We Do, she sold the slogan canvas bags for 5 pounds to raise awareness for the unnecessary waste of plastic bags. The bag sold out within hours and saw 80,000 people queue in one day in England to try and purchase one.

Hindmarch is also a UK Trade Ambassador, a Non-Executive Director of the British Fashion Council and a trustee of both the Royal Academy of Arts and the Design Museum. In 2009 she was awarded an MBE in recognition for her contribution to the British fashion industry and in the last year received three prestigious Accessory Designer of the Year awards: a British Fashion Award, an Elle Style Award and a Glamour Women of the Year award.

Hindmarch currently operates Bespoke stores, where customers can have drawings or messages in their own handwriting embossed by in-store craftsmen. Part of an ongoing commitment to reconnect the craftsman and the customer, each bespoke piece is - as Anya says - about ‘having your name on something, rather than mine’. 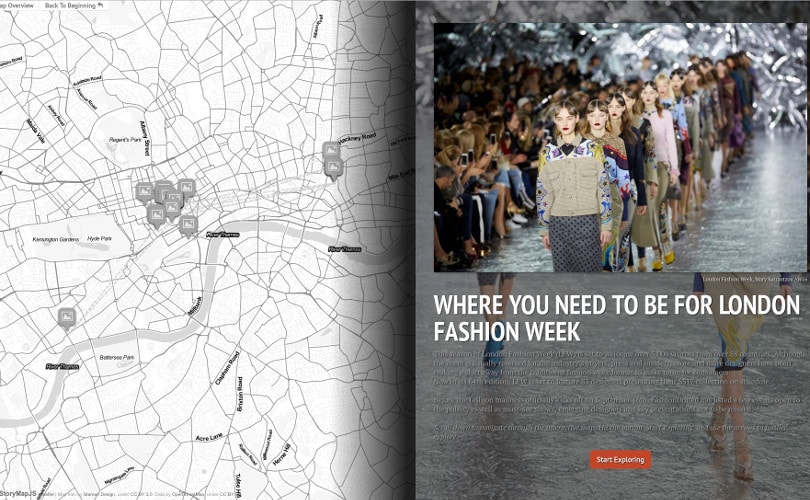 Read also: This is how much money London Fashion Week generates.