Entitled ‘Immortal’, Breton’s digitally generated spring/summer 2021 collection was inspired by the past and future of aerospace, with easy-to-wear tailoring, alongside 20’s and 30’s silhouettes, in what Breton states is his “soliloquy to a new world, a world of new hope, new ideas and inner beauty”. 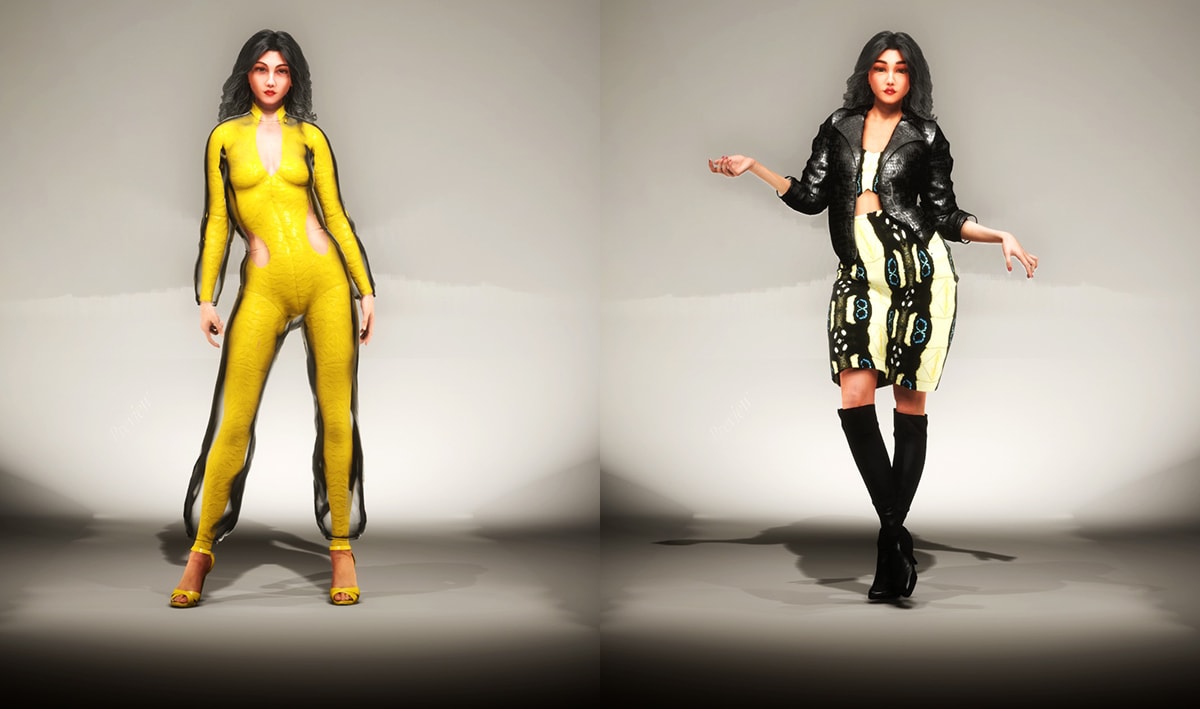 The virtual catwalk was in collaboration with DNABlock and was presented as part of June’s Virtual Fashion Week in partnership on three continents with New York Style 360 Fashion Week, Vienna MQ Fashion Week, and Shenzhen Fashion Week China.

DNABlock, known for their personalised entertainment 3D content creation, worked with Breton to design CGI models whose features and functionality were fully 3D, and even included a few celebrity faces to the catwalk line-up, from Kiera Chaplin the granddaughter of British filmmaker Charlie Chaplin, American singer, dancer and Broadway performer Frankie Grande and plus-size model Hayley Hasselhoff, as the designer wished to continue his support of diversity within fashion. 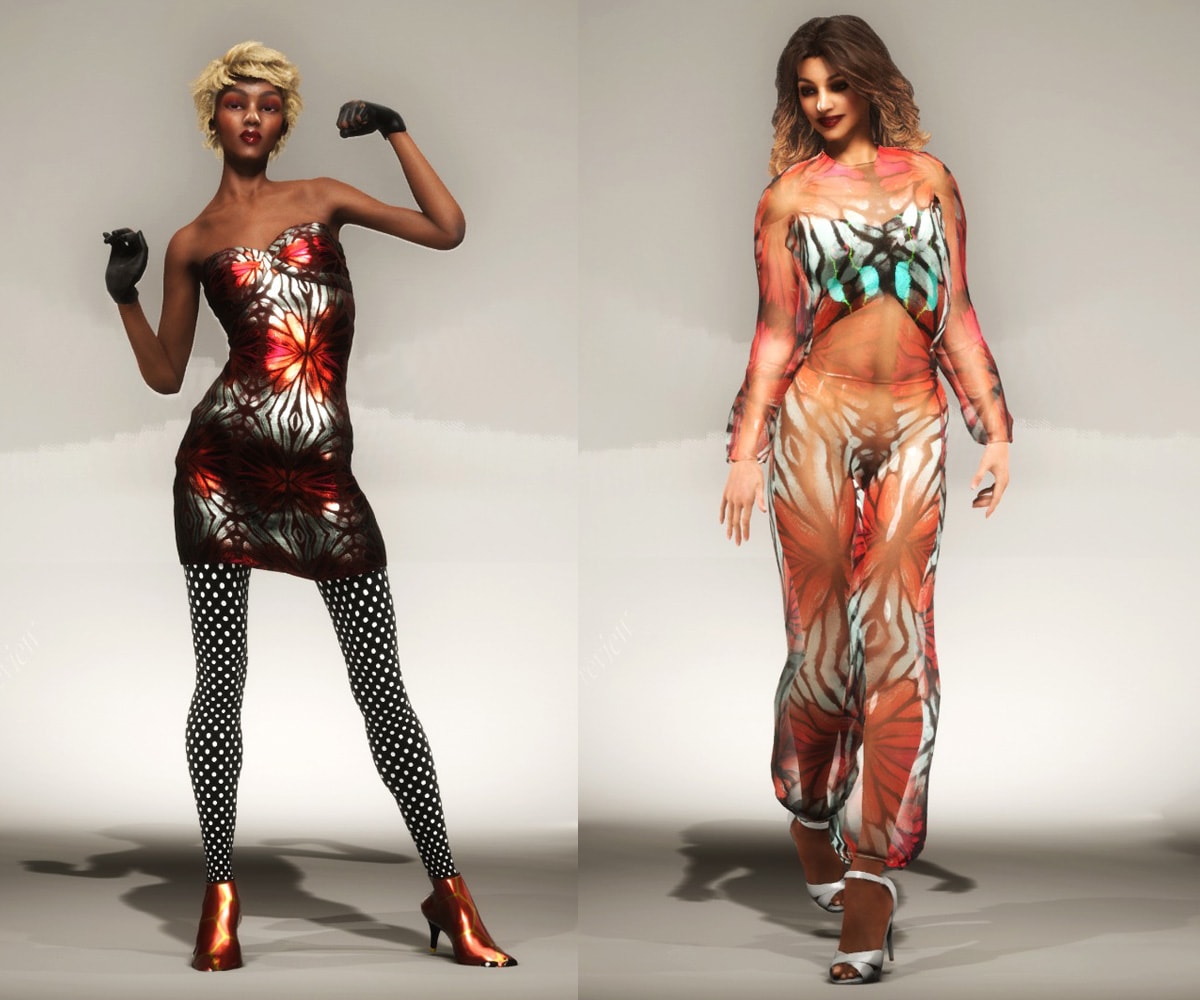 As well as showcasing new clothes, each of the CGI models also featured stylised hair by Toni and Guy’s international artistic director Phillip Haug, who worked with Breton to design three distinct looks to complement the collection including a short, sharp, graphic bob, a short textured cut, and a 70’s inspired look where the front is worn shorter with longer lengths at the back. All these looks were initially cut on mannequins, explained Haug, before being later transformed into CGI to create the digital hair seen on the avatars. 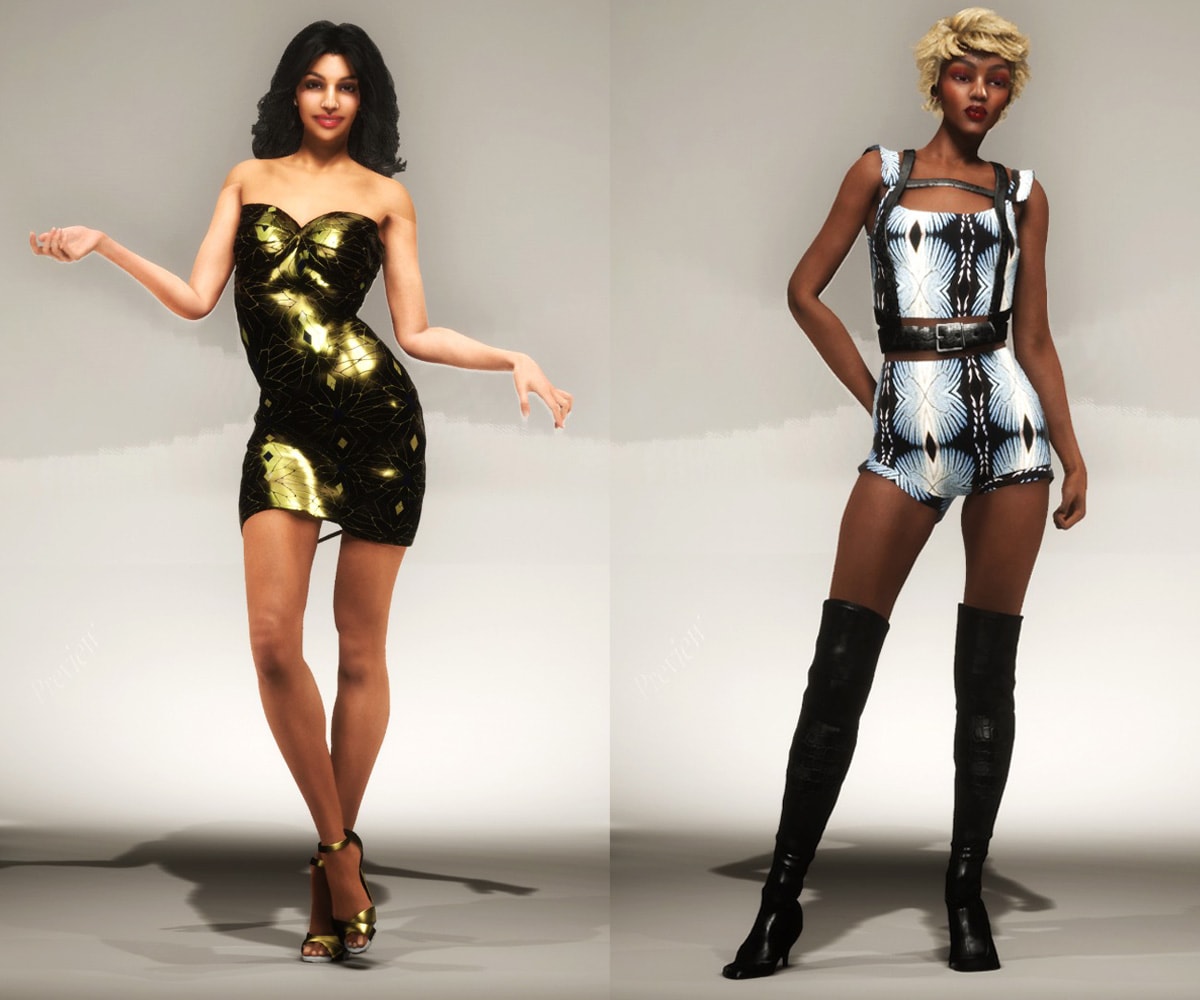 While Breton is known for sending large ornate collections down the catwalk, due to the coronavirus pandemic and global lockdowns, he used the isolation as an opportunity to “adapt the DNA” of his namesake brand by reminiscing on things that inspired him through his life including music, art and nature to create his spring/summer 2021 collection.

The virtual show featured 75 looks, with 3D avatars presenting the clothes on catwalks in front of backdrops including an AI version of Piazza San Marco in Venice complete with pigeons as well as nature-filled scenes with floating butterflies and futuristic light platforms. 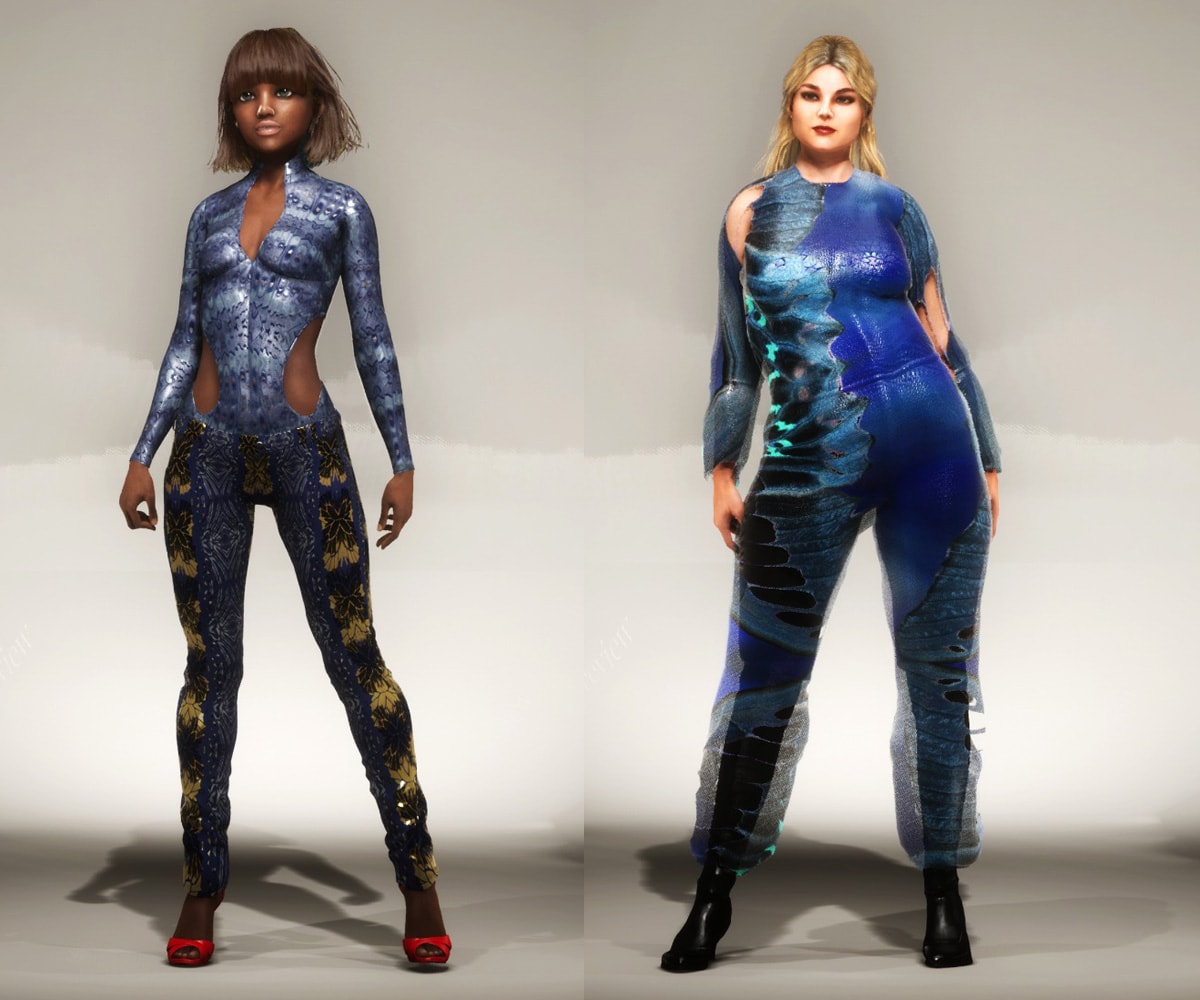 With regards to the clothes, the virtual models wore separates with clean lines combined with easy-to-wear tailoring that was designed to be incorporated into pre-existing wardrobes, as well as pieces that incorporated Breton’s traditional chiffons, leathers, brocades, organza’s and summer weight wools.

While it is harder to see the fabric choice through virtual reality technology, Breton shared that the ready-to-wear collection features fabrics woven using textures of butterfly wings and flowers such as artichoke flower, plumeria, and ginger in reference to “health, ascension and immortality”. 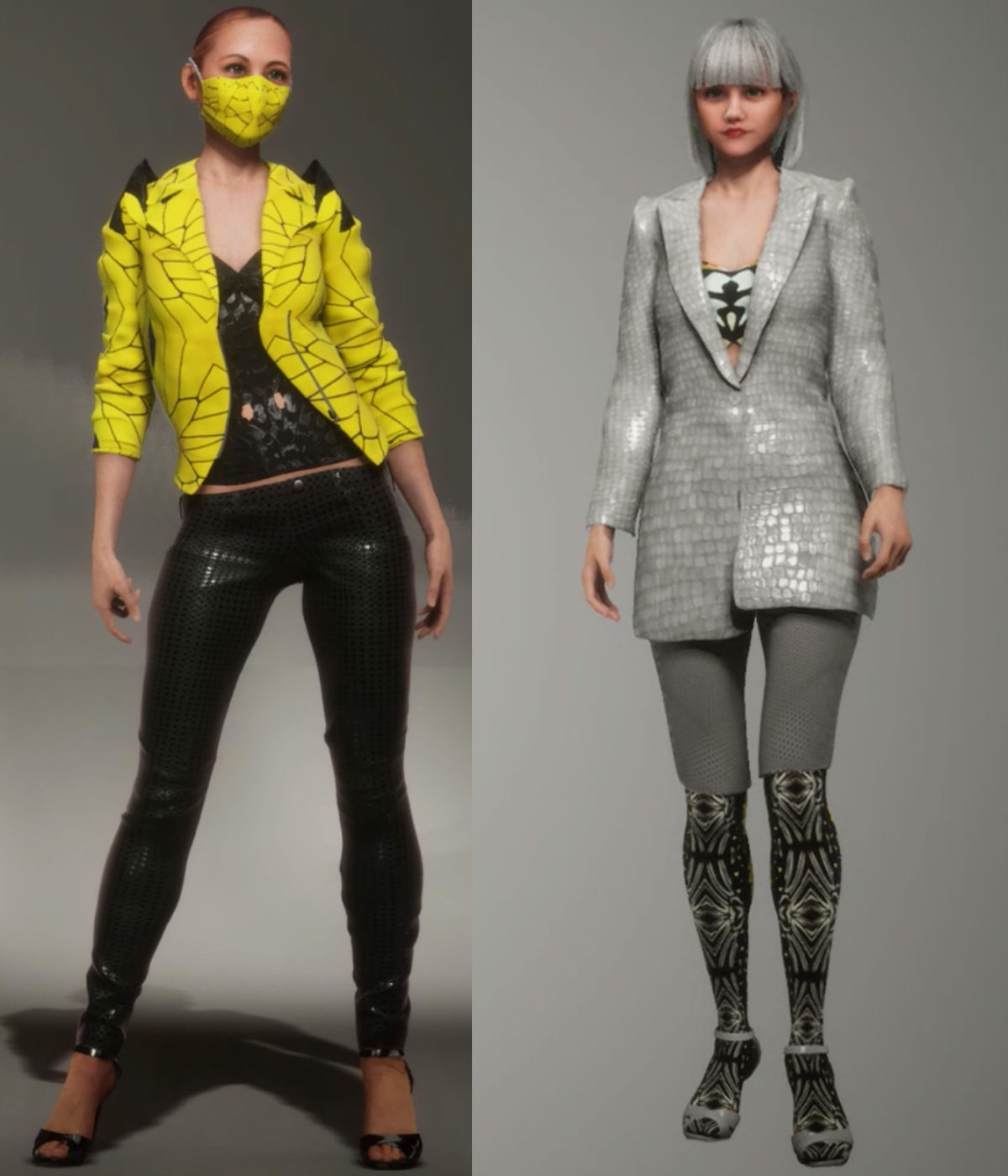 In terms of colour palette, the spring/summer 2021 collection featured Breton’s signature colour ‘Breton Blue’ heavily throughout the Immortal collection, used as a colour symbolic of peace, alongside yellow, black, and grey.

Commenting on the inspiration behind the collection and how the virtual show came about, Breton said: “I called the collection Immortal, as a symbol of keeping the memory of people we have lost alive. In a time of crisis, we have brought many industries together to show fashion as a whole can continue in creative ways. 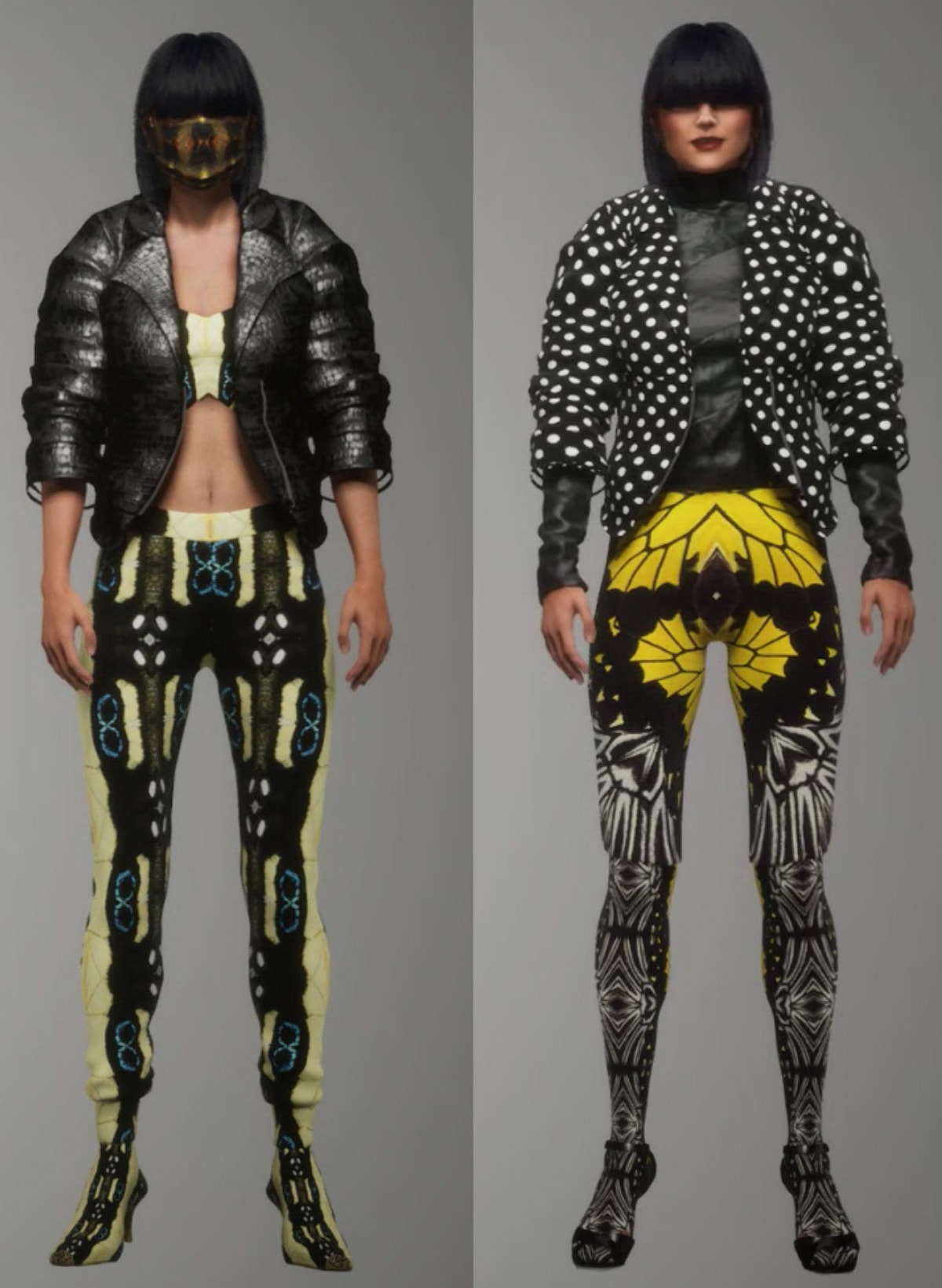 Breton added: “The industry doesn’t have to stop creating, we just have to find new ways to shine.”