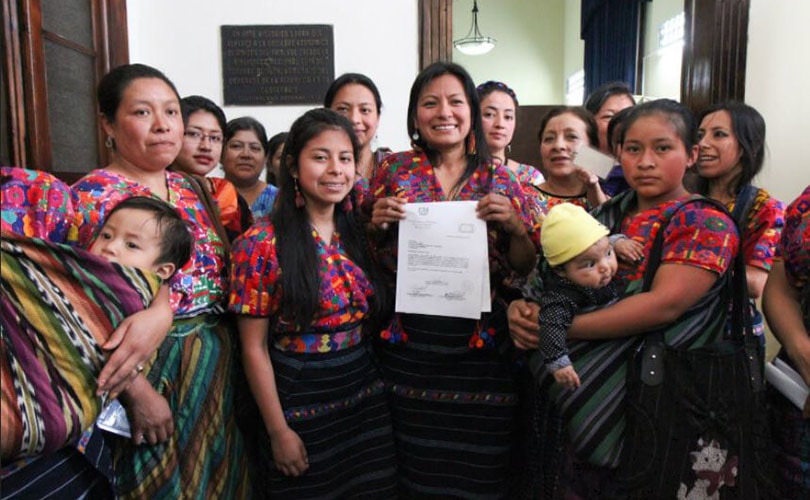 Indigenous women weavers in Guatemala take action against a fashion industry that has been exploiting their culturally significant and often sacred patterns and symbols by copying them and using them for their own commercial purposes. The National Movement of Maya Weavers is made up of around 30 organisations from 18 linguistic communities in Guatemala, led by the Women's Association for Development of Sacatepequez (AFEDES). By now, they have even introduced a bill to safeguard their textile creations and thus their intellectual property.

A year ago, in May 2016, the weavers filed a legal action before Guatemala’s Constitutional Court, challenging the constitutionality of omitting rules that would protect Mayan textile creations. Introducing a new bill in Congress a few weeks ago is the next to having their collective intellectual property rights recognised under Guatemalan law.

“We must protect our textile knowledge just as we protect our territories,” says Angelina Aspuac, AFEDES weaver and university law student, as quoted by Intercontinal Cry. For her, “intellectual property protection is a fundamental dimension of autonomy.”

The bill seeks to reform five legal articles on the Law on Copyright and Related Rights, the Law on Industrial Property, the Law on Protection and Development of Crafts and the Criminal Code, and has two objectives: First, to recognise a definition of collective intellectual property, which is linked to the right of indigenous peoples to administer and manage their heritage. Second, they should be recognised as authors, in which case they would automatically benefit from current intellectual property laws. 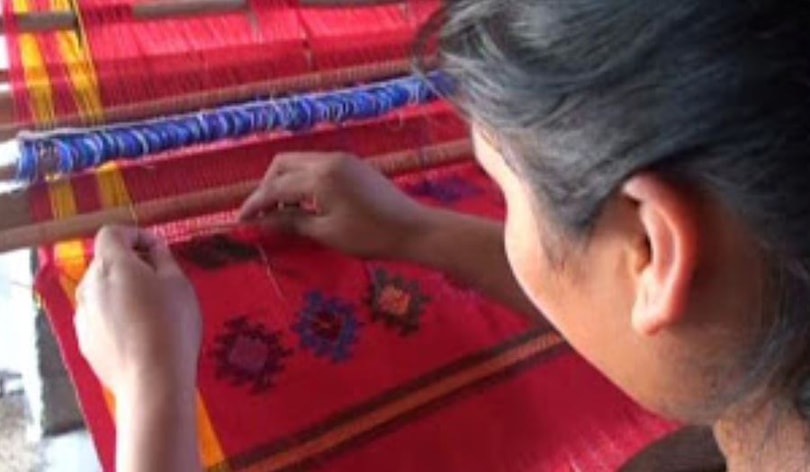 In addition, recognising indigenous nations as authors on the same level as individuals or companies means that the latter would have to pay royalties to the communities who make Mayan hand-woven goods if they profit from the export of the same. “We are artists,” explains Angelina Aspuac. “The people are the artists and authors. What we ask is that the Indigenous Peoples, not just individuals or associations, be recognised as a collective subject.”

The Maya designs are more than just pretty patterns - they are elements of cultural identification of the different Maya communities. Their ornamentation and patterns are not only signs of belonging but also have a magical, symbolic function. To “borrow” this symbolism for fashion purposes - as it happens repeatedly - is not only theft of intellectual property but also an affront to the cultural sensibilities of those affected.

“We are struggling so that our craft does not end. We demand that our works are not taken to other countries to make money, and also that other countries do not come to take away our [weavings], as they always have had the custom of coming; and they continue to come, they do not stop. Now there are machines coming from China and Taiwan to make our weavings. We ask that the authorities respect our identity,” states Floratina, a 81-year-old indigenous Kaqchikel weaver from the community of Santo Domingo Xenacoj according to Toward Freedom. She has woven for 70 years of her life and traveled to Guatemala City in November of last year, together with hundreds of other women weavers, to demand intellectual property laws that protect collective intellectual property.

In 2011, Guatemalan fashion designer Giovanni Guzmán outraged Mayan leaders from across the country when he used sacred, traditional clothing of the male spiritual leaders of the K'iche' Maya highland town of Chichicastenango for Miss Guatemala in the Miss Universe beauty pageant.

But not only local designer are guilty of this cultural affront - French designer Isabel Marant who may have found inspiration for her collections in numerous tribes from around the world, had to defend herself almost exactly two years ago, in June 2015, against plagiarism accusations by a Mexican indigenous community for motifs found on a blouse, dress and skirt in her Spring/Summer 2015 collection, which the Oaxaca community said was a direct and blatant copy of their traditional dress.