Thinx and Selfridges team up on a window display about periods

Selfridges has become the first luxury department store to feature periods in a window display. The British retailer partnered with women's underwear brand Thinx on a public, artful display at its London flagship through July 17. 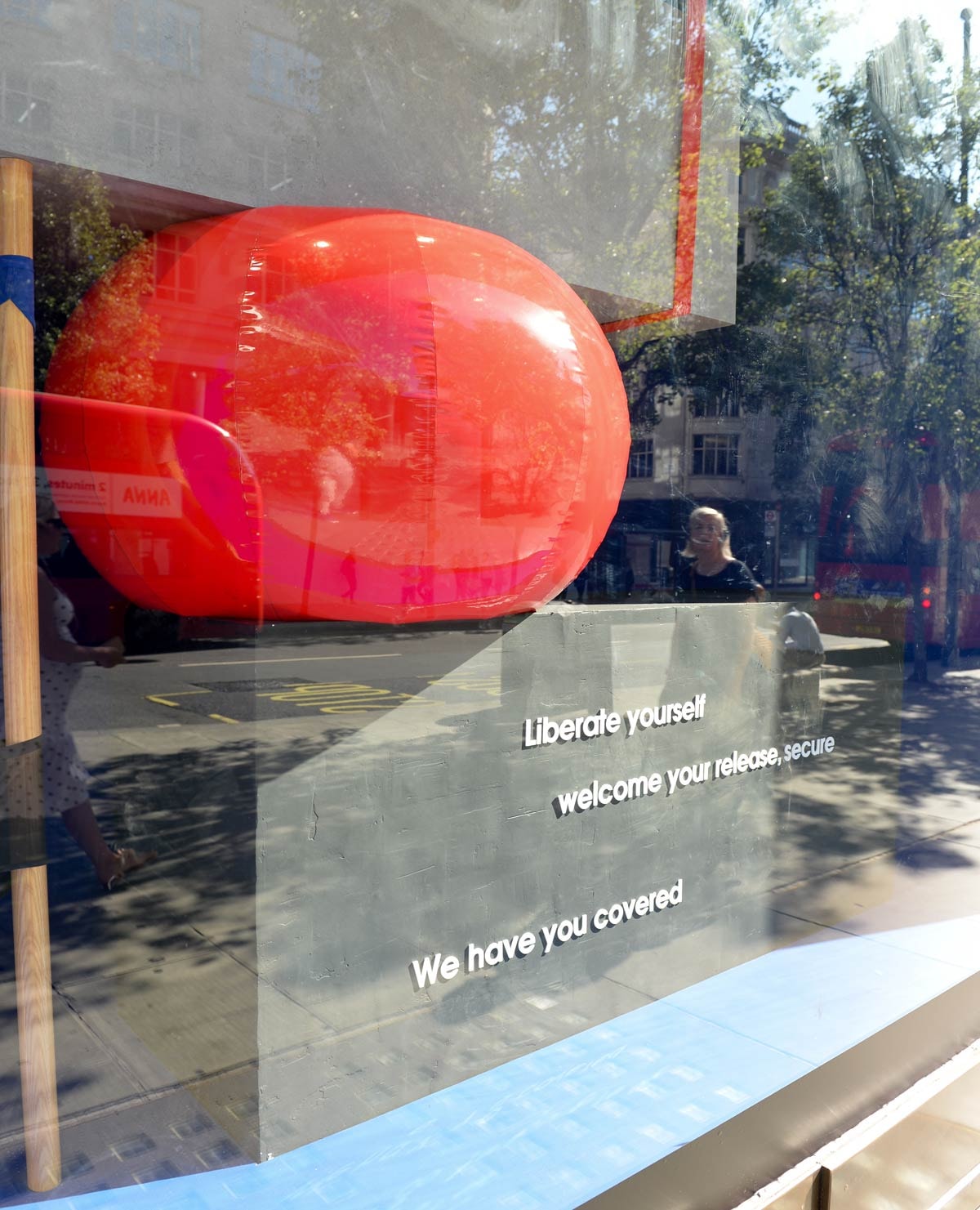 The window concept shows a large red balloon to symbolize periods and their symptoms of bloating and pain. There is a beam atop the balloon to convey a sense of tension and worry that the balloon could burst at any moment from the weight of the beam, conveying the common anxiety of period leakage. And finally, the Thinx period-proof underwear supports that beam at one end, symbolizing the product as a reliable solution that can the balloon from bursting and thus prevent leakage. 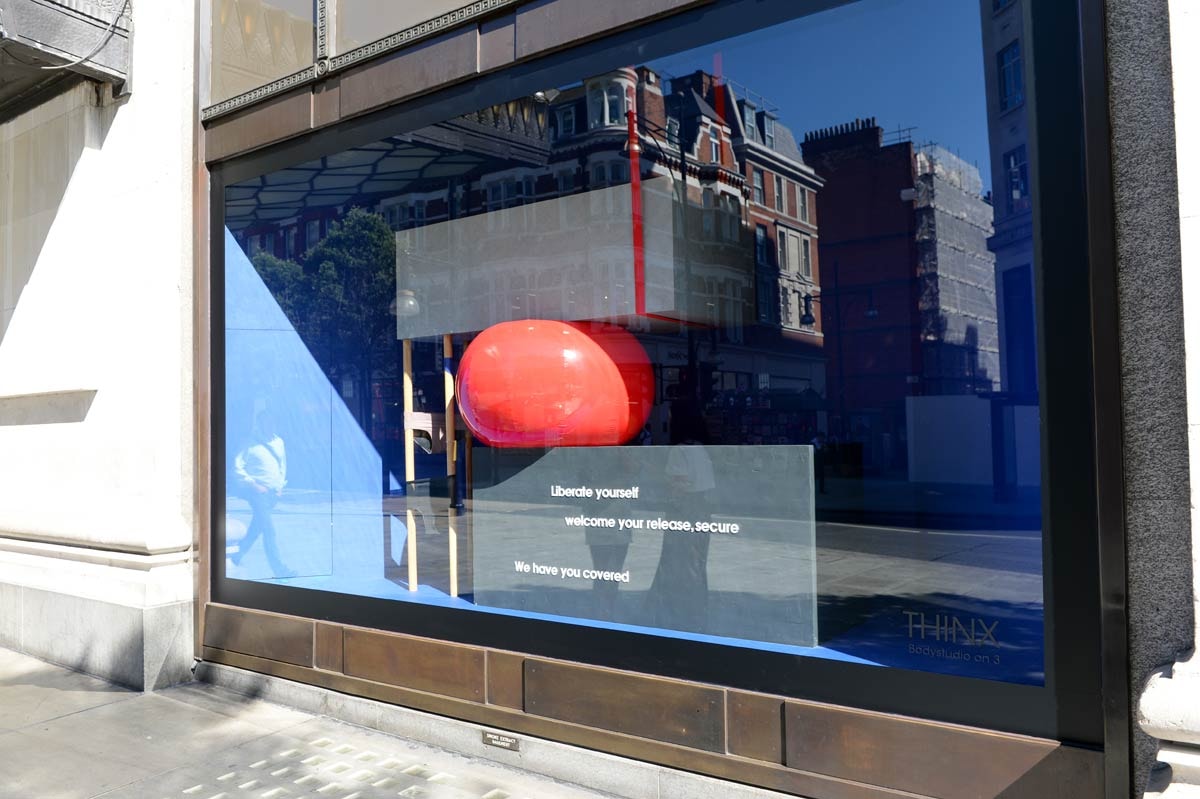 In addition to producing functional period-proof underwear, Thinx has worked to challenge the stigma around menstruation since its founding in 2014. The brand sees the Selfridges window display as its next step in breaking the taboo. 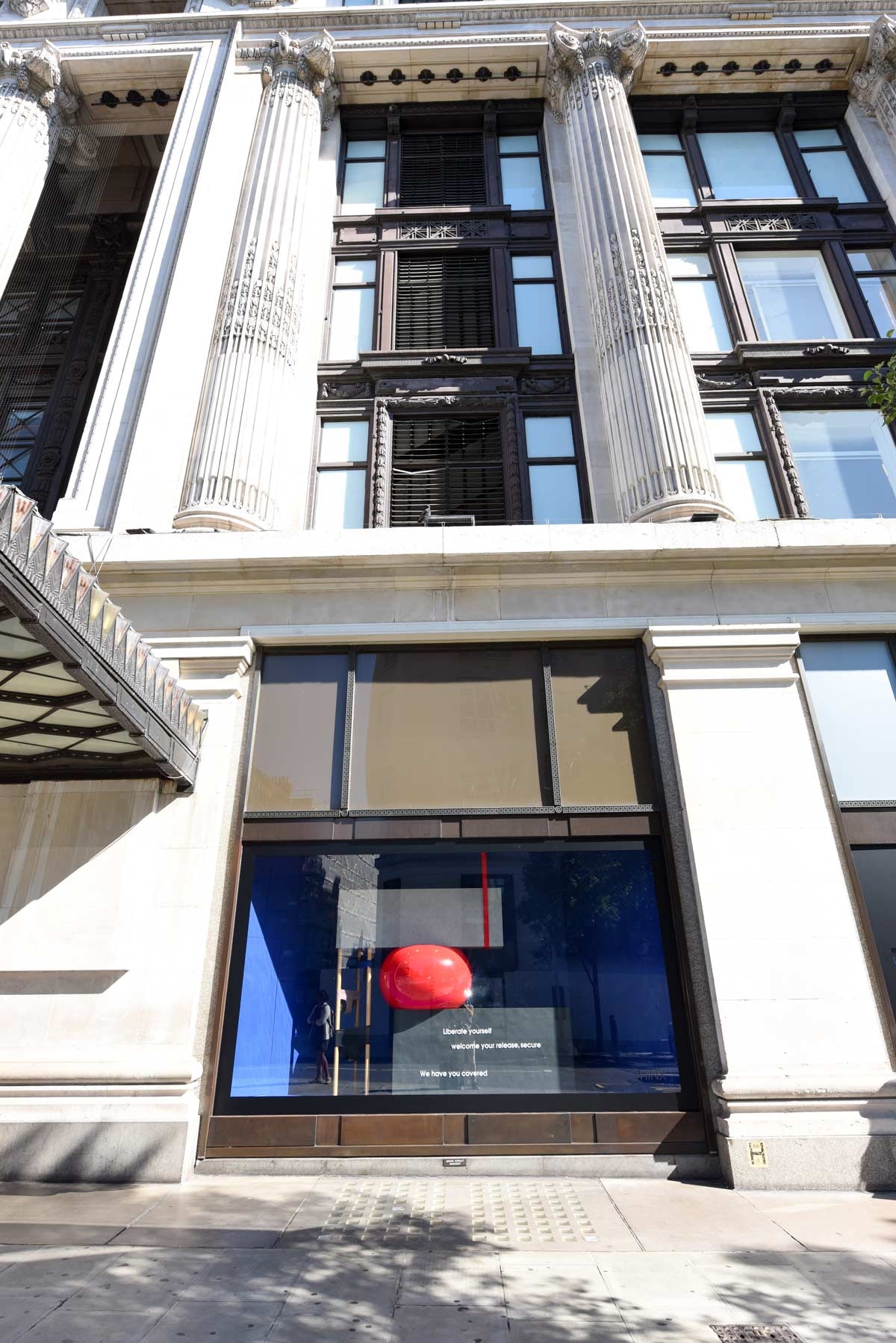 “We are thrilled to be working with Selfridges on this ground-breaking and historic window," said Siobhán Lonergan, chief brand officer at Thinx, in a statement emailed to Fashion United. Our concept for this window is an abstract visualization of the challenges and chaos associated with periods, as well as the relief created by Thinx.... Thinx are a simple, innovative solution that help relieve emotional pressure while providing physical comfort and support.” 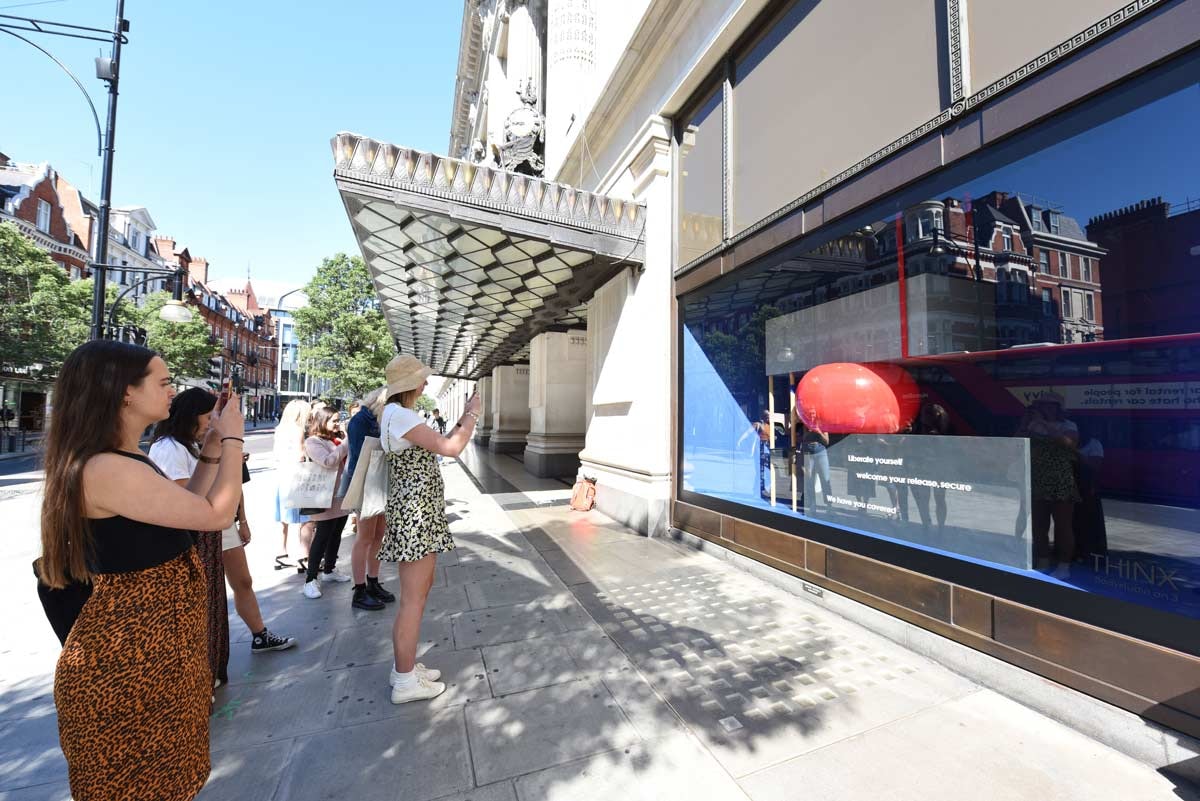 Selfridges has sold seven cuts of Thinx underwear since June 2018, with pairs retailing from 21 to 35 pounds. Thinx is also available through Nordstrom, b8ta, Forty Winks, Eco Collective and Bulletin, as well as other retail partners and the brand's e-commerce site. 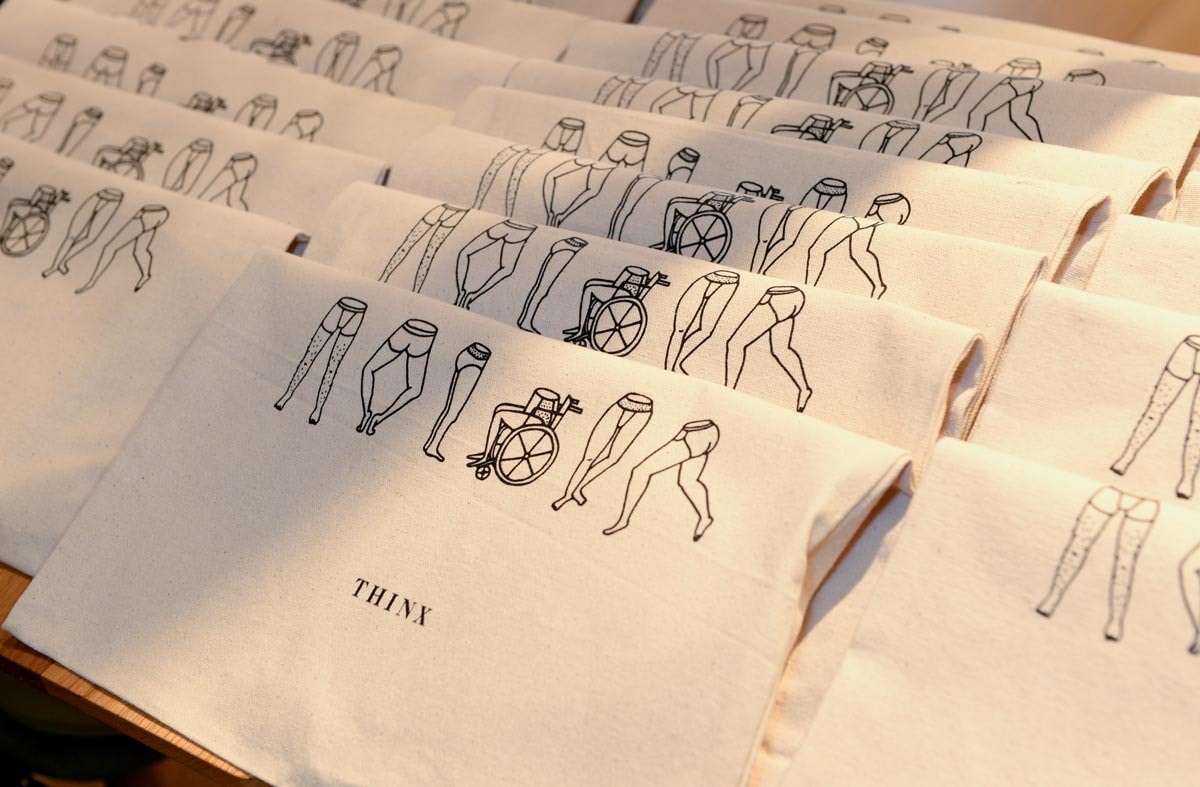 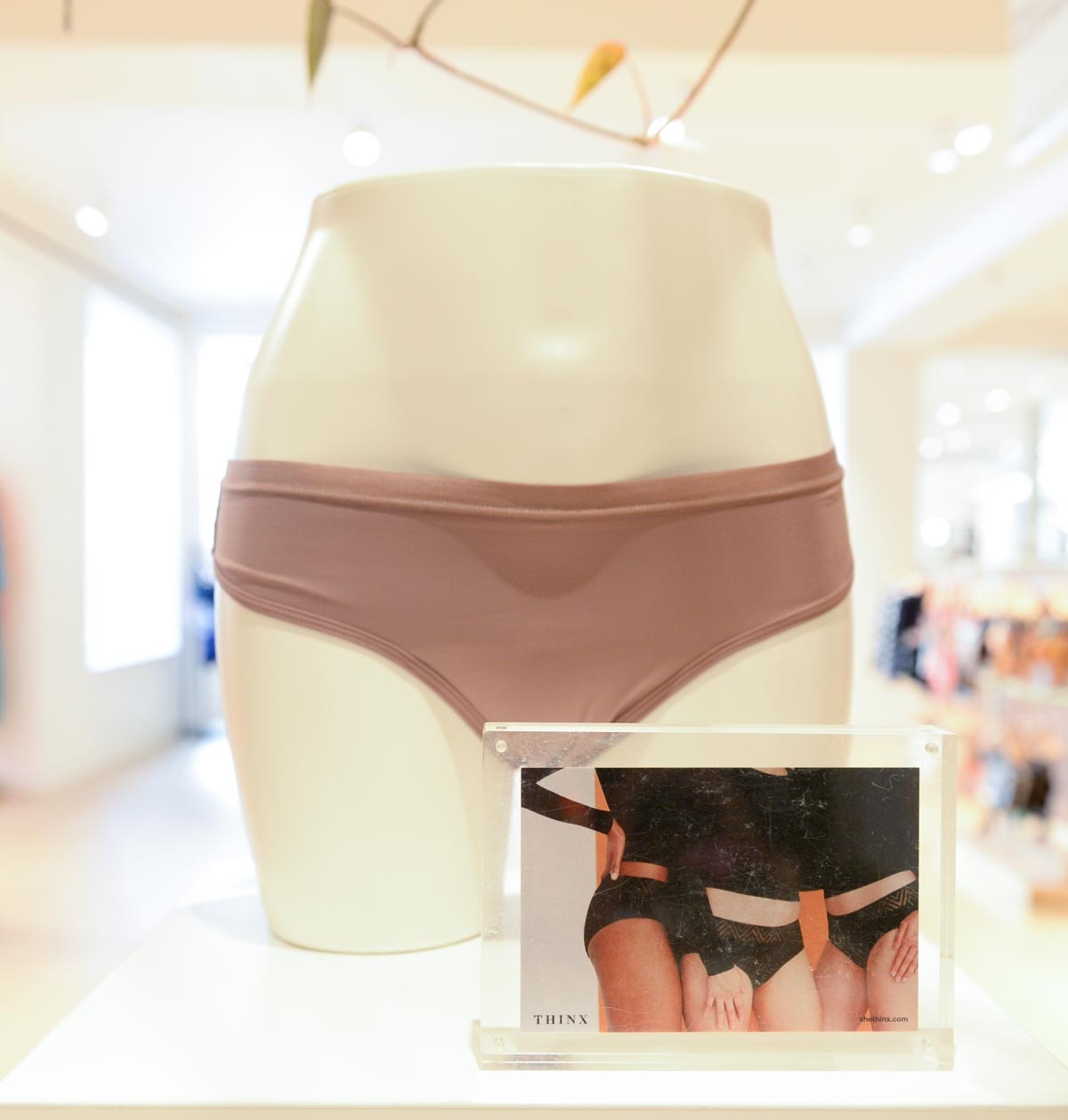