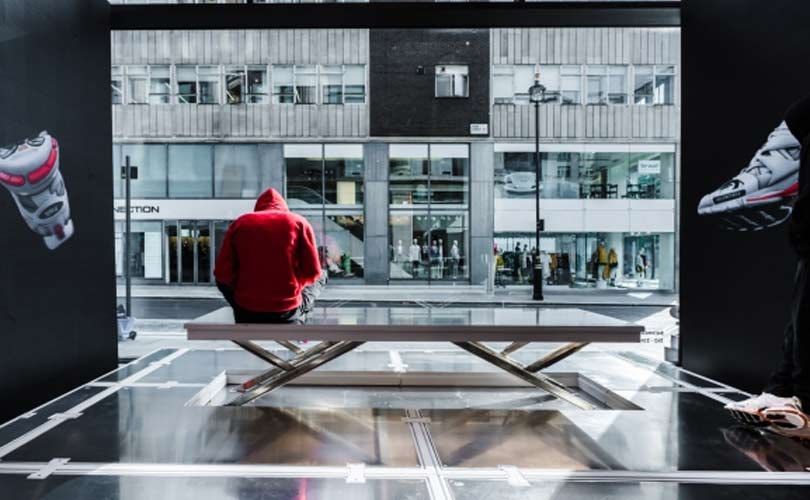 Kering’s Balenciaga has been accused of disrespecting the homeless because of a window display at London’s department store Selfridges. Mannequins dressed in hoodies, baggy pants and Balenciaga’s new track sneaker were posed in slumped positions, such as sitting on the floor with their heads looking down. While the label intended to depict hypebeasts waiting in line for a sneaker drop, many passers-by thought the mannequins resembled homeless people.

Luxury brand @BALENCIAGA marketing their new trainers and hoodies in the windows of @Selfridges last night with mannequins posed as though ‘homeless’. Very poor taste - homelessness has gone up 650% in central London in just one year, these hoodies retail at c£600 - horrific! pic.twitter.com/GcSWp8TO38

‘Homeless chic’ being used to peddle a preview launch at @Selfridges of a new range of @BALENCIAGA trainers (£500+) and hoodies (£600+). Everyone seemed oblivious to the irony, amplified further by the 10 or so chauffeur driven Bentleys right next to the shop windows. Very wrong. pic.twitter.com/QPkscD1jSO

The controversy has caused Balenciaga to issue an apology: “we did not expect this misinterpretation. We are sorry this has caused offense and have modified it to avoid any further upset”, said the fashion house in a statement. 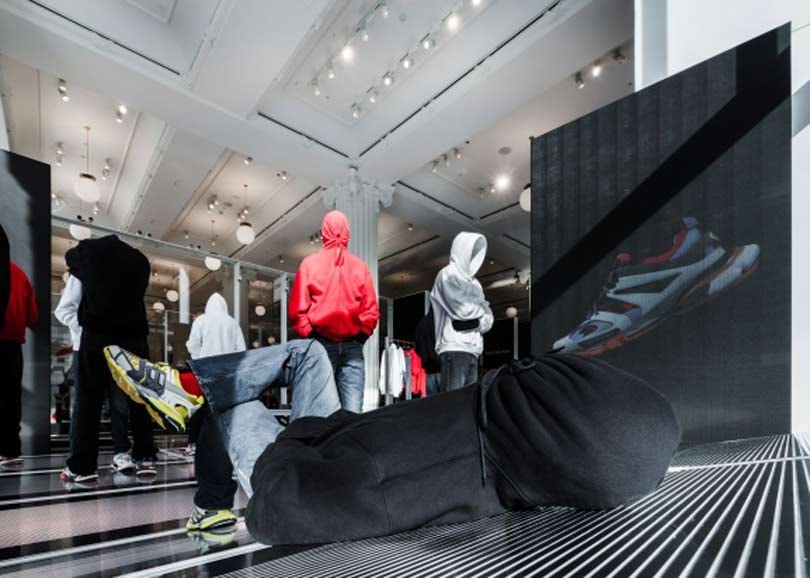 Balenciaga is set to occupy Selfridges’ Corner Shop, a rotating pop-up retail space, until September 23. The window display, created by American artist Mark Jenkins, aims to promote Balenciaga’s new track sneakers, which feature performance elements of both hiking and running gear. The shoes, which come in four colors, are available in men’s and women’s styles in limited quantities. Those interested in getting a hold of a pair must book a time slot to visit the store at the dedicated website balenciagatrack.com.