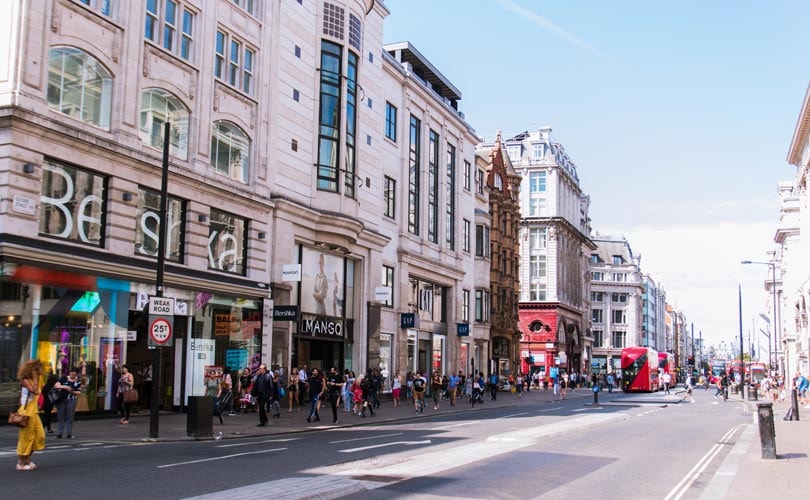 Bleak December sales round off a difficult year for UK retail

Holiday discounting and a last-minute surge of Christmas shopping did little to restore festive cheer to the UK high street in December, according to new figures by accountancy and business advisory firm BDO.

The crucial Christmas trading period instead marked the sixth consecutive December to record negative sales growth, with in-store high street sales dropping by -1.9 percent in December from a negative base of -2.3 percent in the same period in 2017.

In-store fashion sales fell by -2.0 percent year-on-year from an already poor base of -3.8 percent for the same month in 2018. BDO’s High Street Sales Tracker also revealed that December marked the worst year on record for in-store like-for-like sales since they began tracking their data in 2006. Last year recorded 11 consecutive months of negative sales growth in brick-and-mortar stores since January.

So why has 2018 been so difficult for UK retail? Well, a combination of dropping consumer confidence, an increase in online shopping and the tightening of purse strings due to continued Brexit uncertainty have all contributed to the problem. BDO’s figures also revealed that non-store sales grew by 11 percent in December, as shoppers looked online to find last-minute discount deals. Online purchases have played a key role in the drop in high street footfall, as more brand’s focus their attention on creating omnichannel platforms.

Last year, Laura Ashley, House of Fraser and Marks and Spencer were among the names of UK retailers announcing plans to close stores to help them amid difficult retail conditions. In November, a study by PwC and the Local Data Company (LDC) revealed that an average of 14 stores a day are being shut across the UK, with 2,692 stores closing across 500 UK high streets in the first six months of the year.

‘2019 is set to be another challenging year for retail’

Commenting on BDO’s figures in a statement, Sophie Michael, head of retail and wholesale at the company, said: “As retailers suffered the worst year for a well over a decade for in-store sales, it’s clear that consumer confidence is low. Shoppers have exercised extreme caution or shopped strategically online, seeking out discounts rather than visiting bricks and mortar stores or making impulse purchases. The shopping spree retailers were hoping for in December didn’t happen, with only heavy discounting convincing consumers to part with their pounds.”

The last full week before Christmas - including ‘Frenzied Friday’ and ‘Super Saturday’ - saw a significant decline of -4.86 percent in in-store sales growth, but from a positive base of +5.31 percent last year. The final week of the month - including Boxing Day - saw discount sales boost in-store sales, increasing by +7.02 percent, but from a negative base of -3.84 percent for the same week last year.

“We started 2018 with the collapse of Toys R Us and Maplin and ended it with the administration of HMV, and there was a long line of well-established brands in trouble in between,” Michael continued. “There is a huge amount of nervousness in the market and consumer confidence – a key driver of spend – is brittle.

“Having suffered the sixth successive December of negative in-store sales growth, the UK high street is starting the year on shaky ground. Unfortunately, 2019 is set to be another challenging year for retail.”