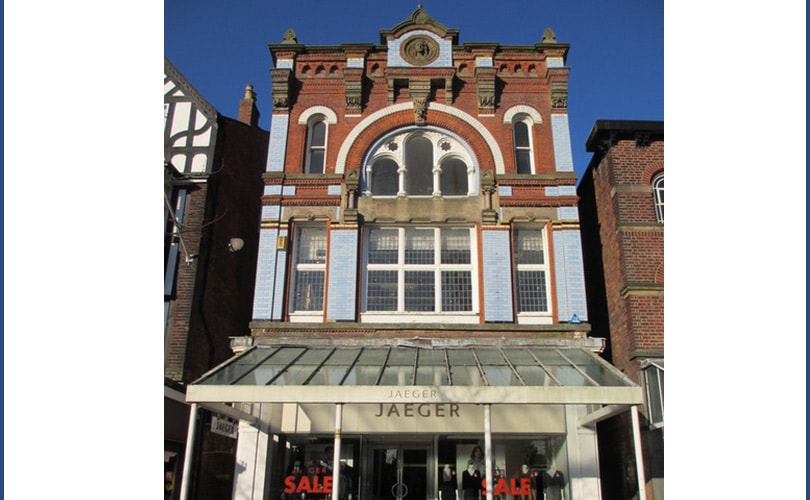 London - Philip Day, retail entrepreneur and chief executive of Edinburgh Woollen Mill (EWM), has confirmed that he is the mystery buyer who acquired premium label Jaeger last month. The confirmation comes as the company closes its acquisition of the fashion brand, opens its first department store, Days, in Carmarthen, Wales and continues to search for future retail labels to add to its growing portfolio.

In a statement released on Sunday, Edinburgh Woollen Millen confirmed it has acquired the collapsed Jaeger brand and its debt but not the main company in a move which has sparked controversial across the industry. The confirmation comes after private equity firm Better Capital put the company up for sale in March, after failing to make a turnaround. Following the sale, the main company fell into administration and since then administrators Alix Partners have shut approximately 20 of Jaeger's 46 stores. At the moment the future of Jaeger remaining 500 employees and retail locations remains uncertain, as administrators are now in charge of the company's remaining business and staff.

Following its acquisition of Jaeger, Day revealed that he expects he will acquire more retailers throughout the year in an interview with The Sunday Times, as more and more chains struggle to stay afloat amid increasing business rates and the pound’s devaluation, which is set to have a “major impact” on the high street. He noted that the retail industry was the “hardest it’s ever been” and warned other retailers: “If you’re not absolutely on it, with the right product and the right price point, you’re done.”

“Sometimes, lots of things all come at the same time, and I think 2017 is going to be one of those years,” he added. His warning for the future of the British high street comes as Edinburgh Woollen Mill, which owns Jaeger, as well as fashion brands Jane Norman, Austin Reed and Peacocks, opens the doors of its debut department store Days. Located in the former BHS building in Carmarthen, the debut store is named after its founder and is the first of a potential 50 locations across the country to open. Another four locations are set to open later this year, including stores in Newcastle and Bedford.

Days sees all of EWM brands, including Austin Reed, Jaeger and Peacocks housed together under one roof for the first time. The idea behind the department store is to ensure it remains accessible for all shoppers, no matter their budgets. “Over the past decade The Edinburgh Woollen Mill group has built up a portfolio of excellent British Brands and we believe bringing these all together with carefully selected partners will deliver an exciting and enjoyable shopping experience for everyone,” said a Days spokesperson.