Amsterdam - What denim trends are set to dominate the market next season? Although it is clear that sustainability and innovation will continue to driven the denim industry forward, some of the leading trends to emerge for Fall/Winter 2018-2019 will be driven by an era not too far gone, according to Amy Leverton, founder of Denim Dudes, denim trend forecaster and consultancy advisor. Rather than simply looking ahead, a number of key denim trends will retain a sense of nostalgia - although these 70s, 80s and 90s influences will be fused with modern flourishes for a contemporary feel and not simply transcribed, stresses Leverton. Think vintage silhouettes paired with custom patches, sportswear stripes and embellished denim with over the top detailing. Presenting her predictions for upcoming denim trends during a trend presentation and installation at Kingpins Amsterdam, FashionUnited caught up with Leverton to learn more about her four main predictions for denim trends fall/winter 2018-2019.

This first trend brings is perhaps the most nostalgic of them all, according Leverton. Looking to the 90s for inspiration, this trend is linked to consumers sense of uncertainty in politically unable times. “We are looking back, looking for things that are familiar to feel safe,” says Leverton. This is set to be translated into 1990s silhouettes, sportswear inspired mixes, with a thrifted eccentric touch. “Think of it as a post norm-core trend,” says Leverton, one which is more anti-fashion and ugly than fashion driven. “But it has a strong hand made aspect to it as well.” This handicraft aspect includes do-it-yourself trends, such as customised denim patches and detailing, like side seam inserts for a new denim jean silhouette to give denim items a more hand-done and personal look and feel to everyday basics. The DYI part of this trend also revolves around upcycling, taking something already made and making it into something else. 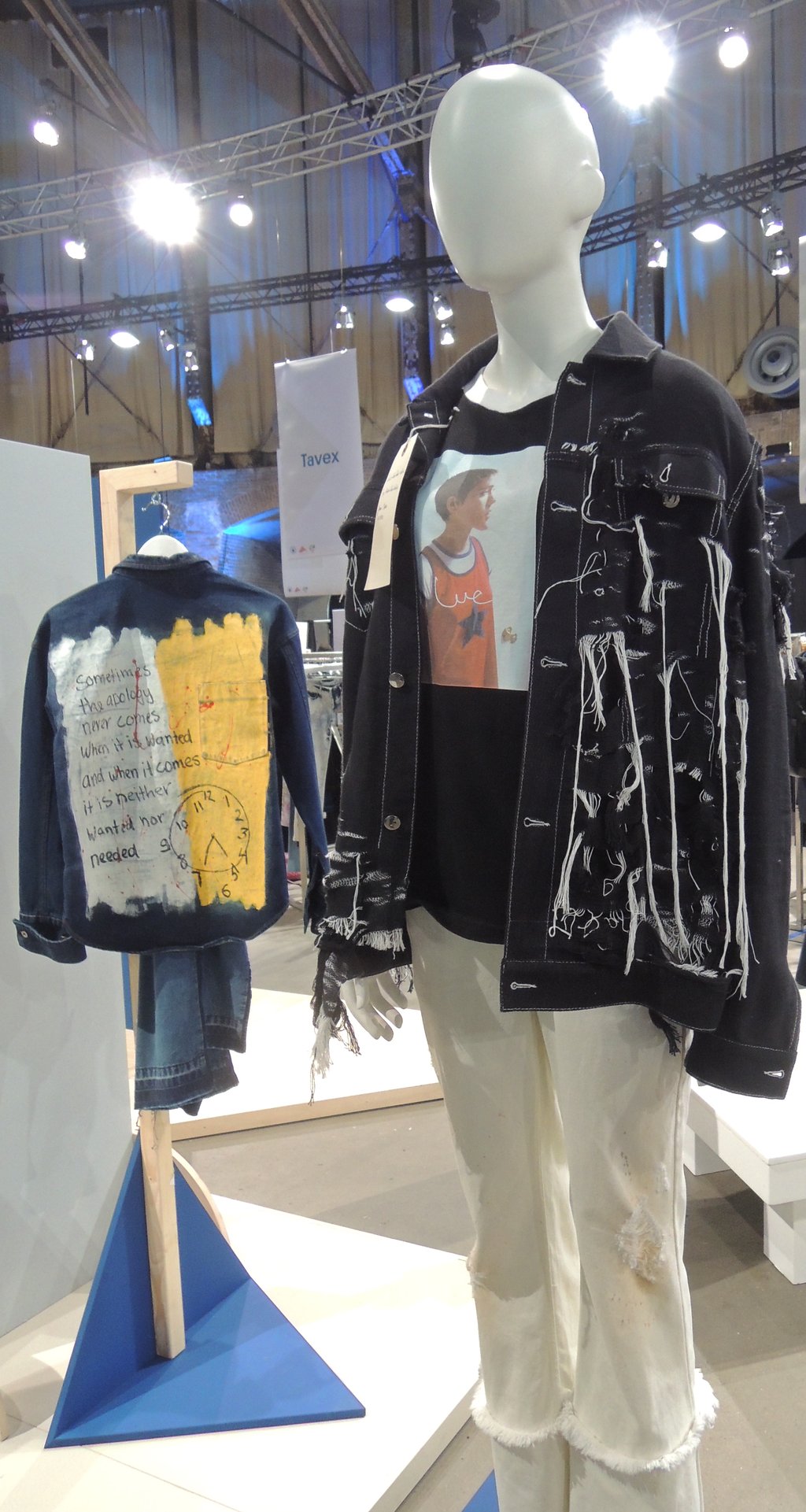 “This would be an eco-friendly trend, as it is about taking something existing and transforming it into a something new. I see a lot of emerging brands remaking old jeanswear into new jeanswear, which is great,” adds Leverton. “It’s about basics, norm-core but customised to make them unique - think painting on denim, giving piece an art-school makeover so to speak.” Deconstructed denim, such as ripped knees, busted seams and different coloured patches is also a key part of this trend. “This is also where vintage lives. But as far as vintage is concerned, this trend is driven by recent vintage - rather than old vintage from the 30s or 40s.” This includes unusual proportions, exaggerated sleeves or pants lengths as well as wide jeans. “As far as denim goes we have been inspired by old garments for a long time, looking back to the 1930s and 1950s. Expect now we are looking back to the 80s, 90s and 2000s instead. And that’s a big change.”

“So this trend, Blue Collar Basics, and Art-School are both inspired by similar eras, but this trend is the cleaned up friend of Art-School Indie,” says Leverton. This second trend is said to be driven by society’s disillusion with high fashion and moves on from subcultures and movements like punk, skate and indie to focus on the working class for inspiration. Whereas the previous trend was focused on DYI, this trend looks to clean lines and silhouettes, leaning more towards activewear inspired cuts. “Although some trends previously looked towards technical activewear, this trend looks to nostalgic activewear,” points out Leverton. Think adidas iconic three striped jogging suit bottoms and the Fila logo sweatshirt, items which were very big in the 1990s which have been reemerging in style once more. Blue Collar Basics also looks to skewer proportions, playing with fit and volume while meshing different styles and finishes together. “It includes stone and acid washes, with 80s and 90s vibes.”

However, unlike the previous trend which is more rebellious at heart, Blue Collar Basics looks reinvent denim by keeping its styling neat and crisp. “This trend is more about basics and core uniform dressing, keeping things very clean and simple.” But do not think this means boring, as this trend also revolves around the concept of taking something previously unattainable and making it attainable - think Vetements collaborations with Levi’s Champion, Reebok for example says Leverton. It looks to take something, such as a logo or design, which was previously seen as high fashion and subverts into something which is normal, basic and can be used daily. “It’s about poking fun at authority and corporations and high-end fashion as well.” Another key part of this trend focuses on creating something which is almost on the verge of ugly, using different textures, proportions and fit. “I also feel like this trend is pushing in an ugly direction, rather than a fashion driven direction,” adds Leverton. “For me, because I love trends, I always think there is a rule to them. Just as you are starting to think it’s bad, it means it’s about to come back.”

This trend shares some attributes to the previous trend, as it is also quite clean but in a more minimalistic way, notes Leverton. However unlike Blue Collar Basics, which is anti-fashion, Post-Denim can be seen as a high fashion driven trend, incorporating new textiles and technical details. “It’s very eclectic, but in a runway sense, and more contemporary than the other trends.” This trend looks to elevate denim to a higher end fashion item once more, by playing with proportions and design, to ensure it is both functional and aesthetically pleasing. “It’s about taking workwear and making it clean, returning to basic but not in a uniform way.” The denim overall, or bib and brace, is said to a key part of this trend, but is set to be reinvented to give it a cool, contemporary feel, using pocket play and white topstitching to reinforce the feeling of newness. 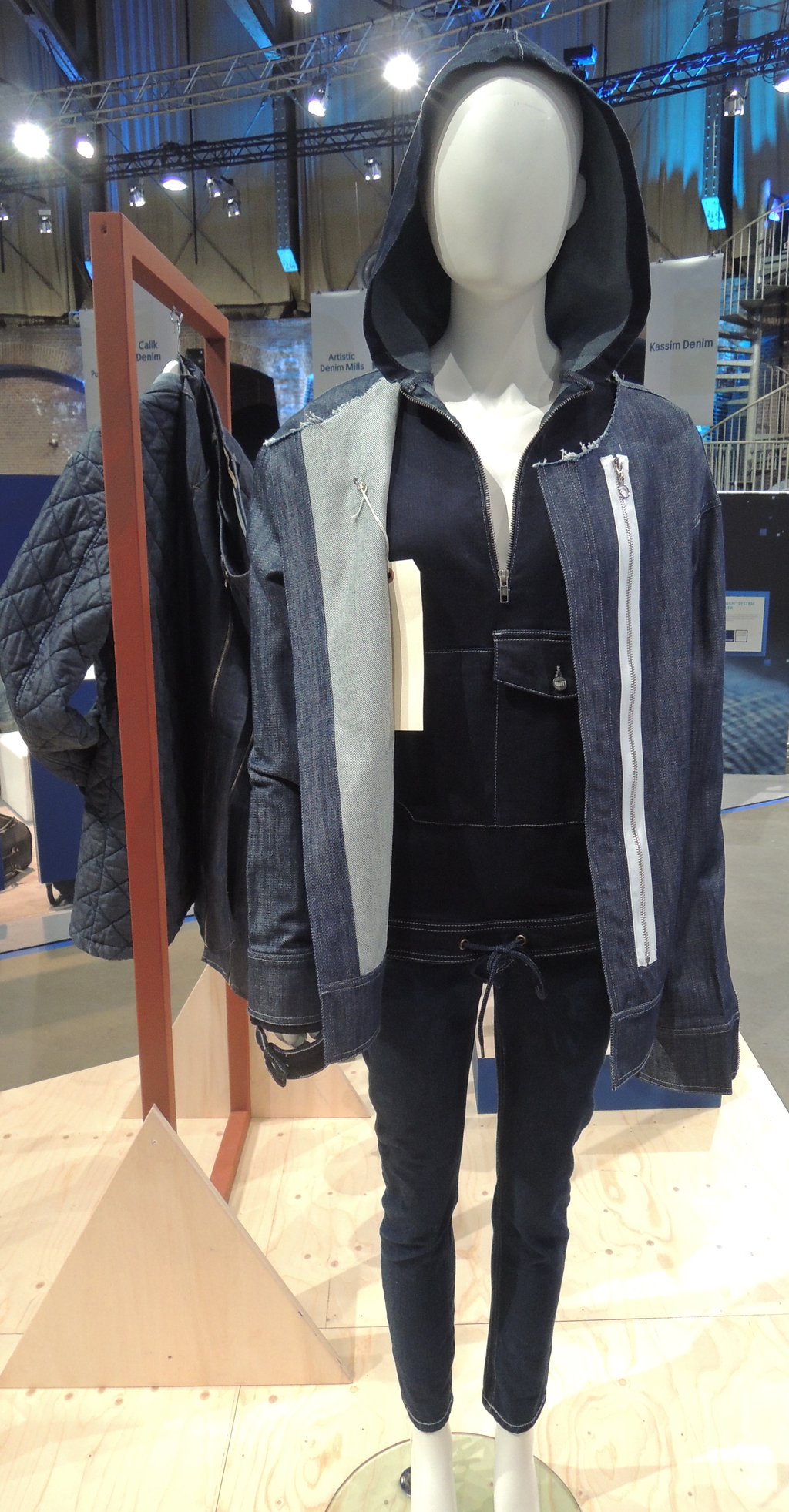 Skewered seams, monochrome denim and asymmetrical pockets are also all part of this trend, as is feminine flourishes such as ruffles and frills. “Think kimono styled belts to create that nipped in waist” for the perfect hourglass silhouette says Leverton. “This trend also looks to explore what denim is going to look like in the future, so it focuses on the more technical aspects of denim, such as fabric innovations,” adds Leverton. Think denim fabrics which aim to keep you cool or warm, smart denim which responds to touch or non-denim fabrics which look like denim but aren’t. These new denim fabrics will be used to create pieces which may look like classic items, but really are flipped on their heads - think flared jeans which have been cropped at the ankle, with ripped bottoms and a twisted seam line as deconstruction is also key to this trend, or tonal denim dressing.

“This is the most eclectic trend of them all. It’s called Beatnik Bohemian as the beatnik aspect is taken from the 50s and 60s, and the boho is very bohemian, opulent, luxurious and embellished,” says Leverton. She describes the trend as ‘retro vintage meets bohemian fashion’, as it bring together numerous cultural influences from around the world. “This trend is also inspired by newer denim markets, such as South America, who are looking to their own history and creating new looks from it.” The trend looks at the history of the classic American denim and merges it with culture influences, such as pairing a kimono sleeve with western stitched detailing to reinvent the denim jacket. “Think of it as a far-east meets west hybrid.” Rodeo inspired looks, such as exaggerated yolks, embroidery patches and bedazzled jackets are also part of this trend, although they have become more stylized and sophisticated and less kitsch, adds Leverton.

This trend also brings together tailoring, with over the top embellishment and embroidery in a dandy meets Spanish matador, mid-century playboy over the top style. “For instance, this outfit is very tailored and sleek on the outside,” says Leverton pointing to the jacket in the photo above. “But then the inside of the jacket is very fun and bohemian, with bright colours, eclectic print and quilting.” Pajama dressing, with decorative trimming or playful embroidery is also a key part to this trend when it comes to styling this trend, say Leverton. “ It’s about combining that sharp tailoring with a 50s vibes, think spread collar, and a bit of dandyism.” Although Beatnik Boho is about mixing up eras, everything does have a bohemian feel to it, which ties it all together. “This is Gucci second generation, looking to take denim out of its normal comfort zone.”