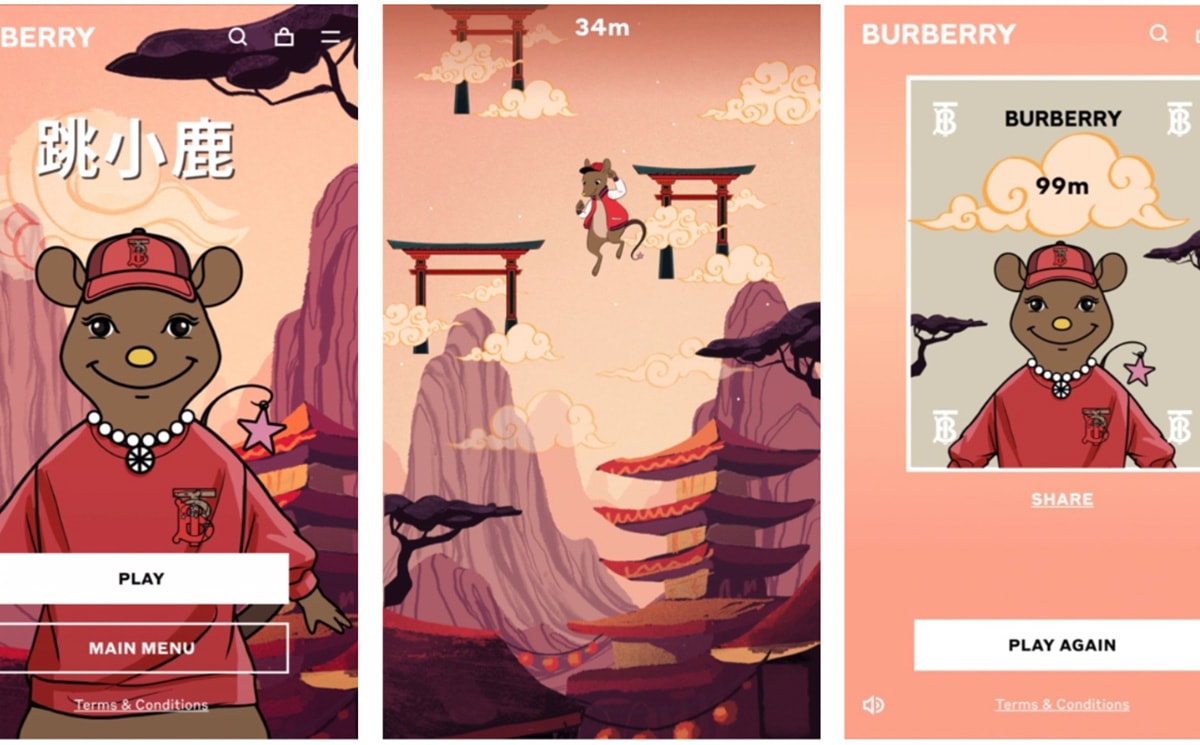 In the game, which is available on Burberry’s website, players control a central character, Ratberry, who is inspired by the limited-edition Thomas Burberry Monogram motif in honour of the Year of the Rat. They bounce the character upwards between platforms, aiming to get as high as possible while collecting gold coins and catching Chinese lanterns as they go.

Ostensibly, the game is just an iteration of ‘B-Bounce’, the brand’s first online game which it released in October, yet more broadly it represents the growing interest fashion brands are taking in the world of gaming.

The brand said in a release: “Burberry has seen a growing appetite for gaming among younger consumers, particularly in China. As interactive digital content is increasingly becoming source of inspiration, Ratberry is another opportunity for consumers to connect with the Burberry community online.”

Adidas, Puma and Louis Vuitton are just a few other brands to have dipped their toes into the world of gaming and e-sports in recent months.