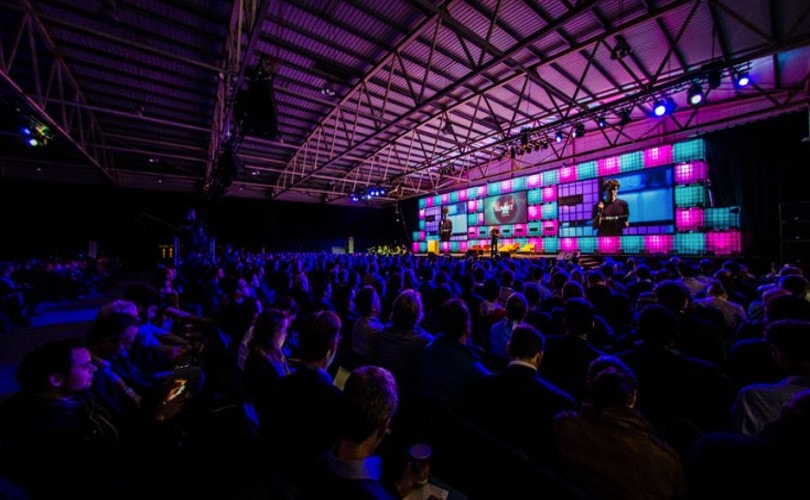 Web Summit: The 'fashionization' of wearables

London - “How far away is the tipping point of wearables?” asked Eric Migicovsky, CEO of Pebble, the first commercialized smartwatch to hit the market during the Web Summit, the world’s largest tech conference in Dublin. “I think that we are close when it comes to size, price and technology. But we are still fighting the battle every day from 2 fronts.”

Wearables need to reach a point where they are: “convenient, fashionable and beautiful

The battle Migicovsky describes faced by the smartwatch market is the same problem other wearables have been facing since they first began launching on the market. “One, consumers want something that is exciting, but at the same time functional that you always want to wear and will use,” continued Migicovsky. “Two, apps function differently on smartwatch than mobile phone. So the question is how will people interact with with apps on a watch?” Or, in other words - how will people interact with new technologies on their bodies? During the first ever Fashion Summit, which took place as part of the Web Summit in Thursday, numerous experts from the fashion and technology industry came together to discuss fashion and wearable technology. 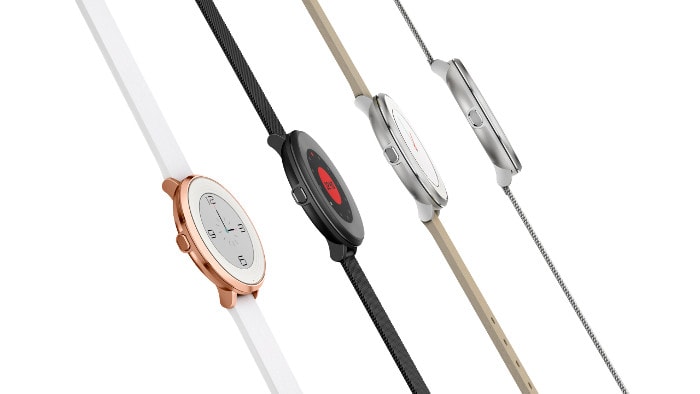 Although wearables have long been hailed as the future of fashion, usually defined as technology that you can wear on your body in the form of a watch, bracelet, item of clothing or shoes, the majority of consumers have been rather slow in embracing them. “In fact, one in three people think wearables make you look ridiculous and 75 percent of the population think that most wearables are unnecessary,” said Matthew Drinkwater, head of the fashion innovation agency at the London College of Fashion. However, in spite of slow response to wearables, most speakers at the first ever Fashion Summit, held within the Web Summit, expect to see the market for wearables pick up over the next 5 to 10 years. But what should fashion companies and tech companies, as well as startups be looking for when it comes to developing wearables? 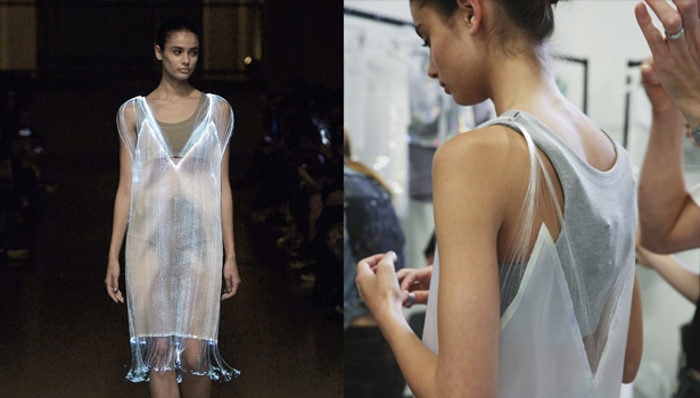 “The market for people who want to look like androids is small and wearables are not beautiful,” points out Liza Kindred, founder of global fashion tech think tank, Third Wave Fashion. “When you go to the store and you look at an object you like you don’t tend to ask what does it do?” Matthew Drinkwater, head of fashion innovation agency at the London College of Fashion, agrees with Kindred and goes one step further - “Fashion and Tech are two polar opposite industries,” he warns. Drinkwater believes that in order for the two industries to sync up, the technology behind the wearable needs to elicit an emotional response within its wearer. “With fashion you fall in love with it, it’s an emotional response to something. Most people don’t buy fashion for its technicality, so you have to make it look great.”

“The problem with wearables at the moment is that they do not capture our imagination yet,” noted Fabio Piras, Course Director for MA Fashion at Central Saint Martins. Without having the right aesthetics to tap into the consumers sensibility, the lack of interest in wearables is likely to hold steady-fast with the early adopters and techies. Liz Bacelar, founder of Decoded Fashion, the global event series which brings together fashion, beauty and retail industries with emerging technological companies, questioned the current lack of authenticity in the tech world for wearables without designers playing a hand. “The product will not look the part without a designers touch, so having it incorporated from the start will help them get the right taste level/style,” stressed Burak Cakmak, Dean of Fashion at Parsons The New School for Design. 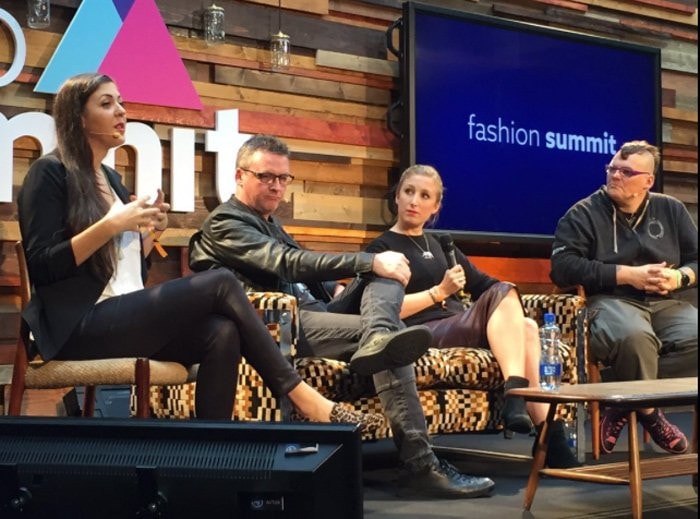 However even if the design is right, there are still other aspects to wearables that both the fashion industry and tech industry should bear in mind. “[They should] ask would I wear this? Even if it stops functioning and breaks, would I still wear this because I love it? Would I take the time and care to charge it?,” pointed out Kindred, touching on another issue within the wearables space - charging. Although most people are willing to charge their mobile phone once a day - if not more, the majority are not interested in having to charge multiple smart devices per day. “Wearables and smartwatches are given bad names due to the inconvenience of recharging. It needs to reach a point where it’s convenient, fashionable and beautiful,” summarised Cedric Hutchings, CEO of Withings. 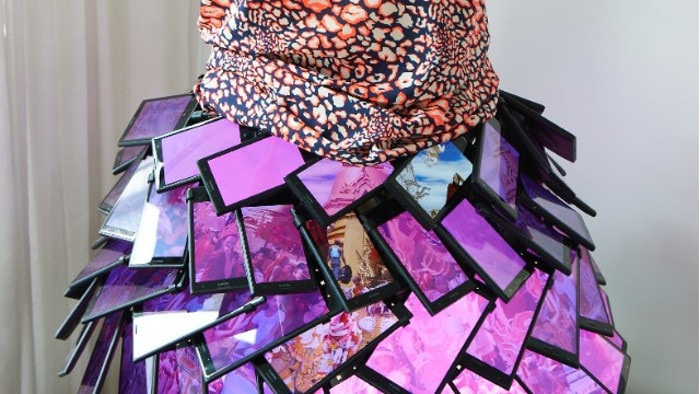 “We have to make wearables intrinsic to people’s lives”

“We need to be challenging tech companies to develop new interconnective ways that are flexible, waterproof and beautiful - think modulated,” said Myriam Joire, VP of Developer Relations at CleverTap. Migicovsky agrees that wearables should be able to perform several functions to help simplify daily lives, rather than just one simple task such as tracking steps or a heart monitor. “The idea of a wearable doing just one thing is a bit odd - look at the smartphone. We have to think about the risks associated with cognitive overload by using several different devices that just do one singular thing,” he warned. “The reason why the Internet and smartphones took off is exactly because they enhance daily lives in so many ways.” 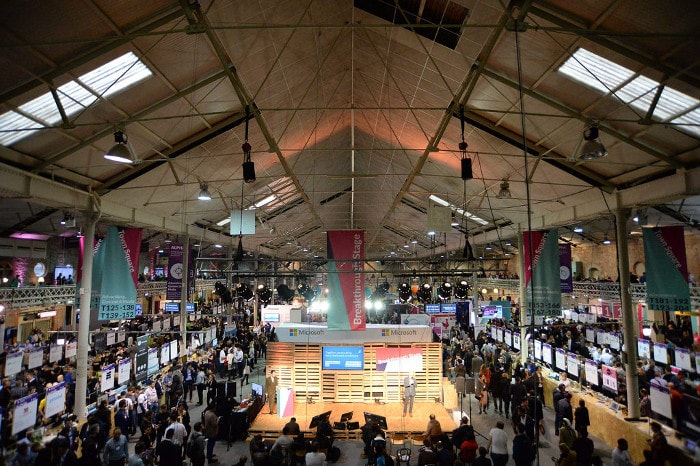 But apart from being beautiful, being able to do several different tasks that enhance its wearers lives, what else should a wearable be? Some experts suggest that wearables also remain invisible, at least their functionality should not be visible straight away. “We need to take lessons from where Google Glass failed,” said John Paul, founder and CEO of startup VenueNext. “One mistake I think they made was adding in the camera because it made it less socially acceptable. But I think it will come back in a much more personal and beautiful way.” Philip Moynagh, Vice President of the Internet of Things Group at Intel Corporation agrees with Paul, adding: “Invisible wearable tech will become a big thing in the future, it should be hidden or integrated within the object.”

Invisible or not, fashionable or not, convenient or not, it’s clear that the future of wearables has a long way to go. But enthusiasts like Migicovsky are convinced things can only go up for the marker-mash up. “It’s still early in the days of wearables, but it looks promising.”