In recent years, sportswear manufacturers have increasingly become high-tech companies. With new materials and new production processes, they want to help their top athletes sound out performance limits and ideally, break them. After all, innovation promises prestige - which then influences sales.

Searching for the ultimate promise of progress, some sportswear manufacturers have recently joined forces with the industry that traditionally embodies visions most radically: the space industry. Just a few weeks ago, US sportswear brand Under Armour unveiled fashionable outfits for commerical space flights with Virgin Galactic that looked as if they came straight out of a sci-fi movie.

Adidas tests sneakers and footballs at the International Space Station

Last week, German sportswear giant Adidas announced a long-term space partnership that is a bit more pragmatic: In the future, the company wants to test new products for weightlessness. Therefore, it now works with the U.S. National Laboratory at the International Space Station (ISS), which is managed by the Center for the Advancement of Science in Space (CASIS). As part of the partnership, the first Adidas products have already been tested at ISS: In October, astronauts tried out how footballs behave under minimal gravitational influence. But this is only the beginning: "The cooperation with the U.S. National Laboratory at the International Space Station and CASIS - one of the world's most advanced facilities - will help Adidas develop new standards for performance innovations," says James Carnes, vice president of brand strategy for Adidas, in a statement.

Christine Kretz, vice president of program and partnerships at the U.S. National Laboratory at the International Space Station, explains the advantages of such experiments: Only the ambience of the ISS makes it is possible to study the turning behavior of a football "without air currents disturbing it and the necessity of a holding device". "Because we can control certain variables, we have the option of running tests and gaining knowledge that would not be possible on Earth," she says in a statement. 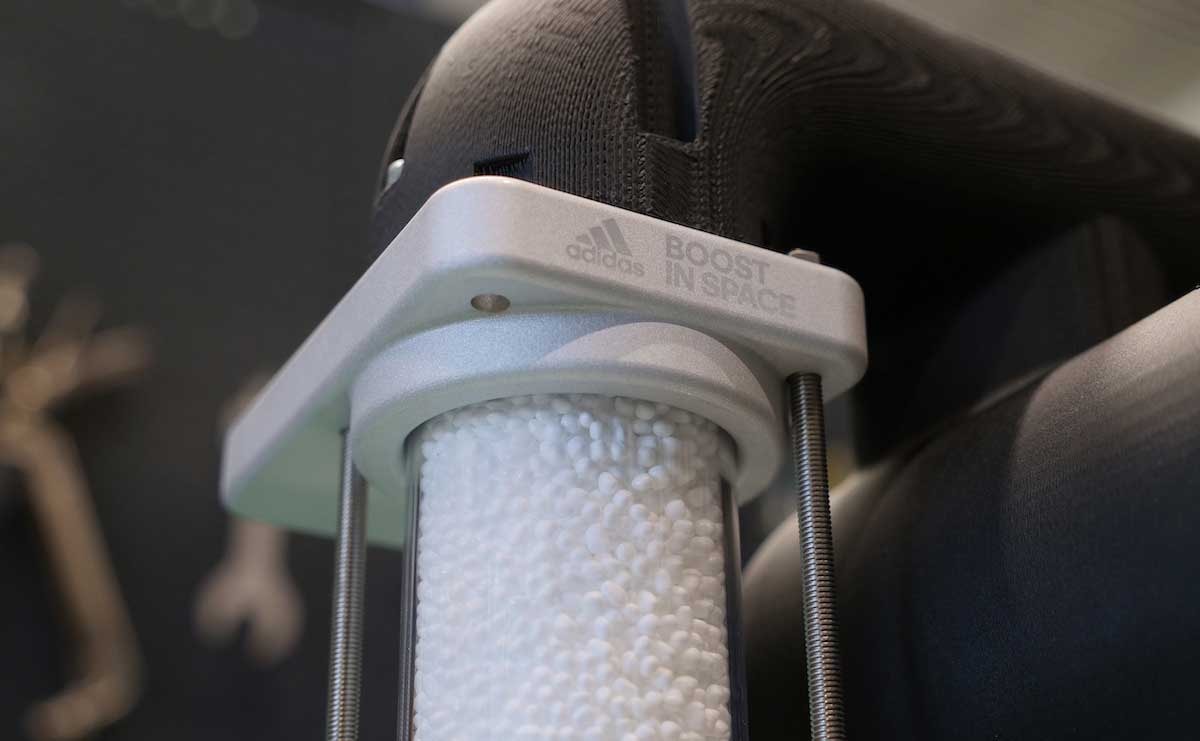 Space partnership will also include training programs and sustainability concepts

Next year, things will become a bit more complex: "As the first brand, Adidas will test shoe innovations under the extreme conditions of space," says the sportswear manufacturer. Strictly speaking, it is about the optimisation of the brand's "Boost" cushioning technology, which is used in the soles of the eponymous sneaker line.

However, the sportswear manufacturer is hoping for even more far-reaching insights from the cooperation: Adidas wants to derive lessons for training its athletes from the astronauts’ preparatory programs. In addition, the space station is supposed to be the "ultimate testing ground" for new recycling methods and sustainable production processes.